Why Does God Hide?

Source: Glory to God for All Things
Archpriest Stephen Freeman | 16 May 2019 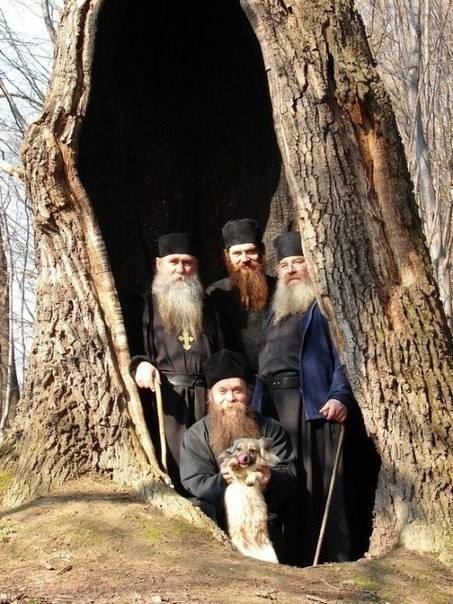 This pattern runs throughout the Scriptures. A holy hide-and-seek, the pattern is not accidental nor unintentional. It is rooted in the very nature of things in the Christian life. Christianity whose God is not hidden is not Christianity at all. But why is this so?

In a previous article, I wrote:

Our faith is about learning to live in the revealing of things that were hidden. True Christianity should never be obvious. It is, indeed, the struggle to live out what is not obvious. The Christian life is rightly meant to be an apocalypse.

God is not obvious. That which is obvious is an object. Objects are inert, static and passive. The tree in my front yard is objectively there (or so it seems). When I get up in the morning and take the dog outside, I expect the tree to be there. If it is autumn, I might study its leaves for their wonderful color change (it’s a Gingko). But generally, I can ignore the tree – or not. That’s what objects are good for. They ask nothing of us. The freedom belongs entirely to us, not to them.

This is the function of an idol – to make a god into an object. He/she/it must be there. The idol captures the divine, objectifies it and renders it inert and passive.

The God of the Christians smashes idols. He will not stay put or become a passive participant in our narcissism. He is not the God-whom-I-want.

Christ tells us, “Ask, and you will receive. Seek and you will find. Knock and the door will be opened.” The very center of the life promised us in Christ requires asking, seeking and knocking. The reason is straightforward: asking, seeking and knocking are a mode of existence. But our usual mode of existence is to live an obvious life (a life among objects).

Have you ever noticed that it’s easier to buy an icon and add it to your icon corner than it is to actually spend time and pray in your corner? There is a kind of “Orthodox acquisitiveness” that substitutes such actions for asking, seeking and knocking. Acquisition is part of our obvious form of existence. We have been trained in our culture to consume. We acquire objects. On the whole, we don’t even have to seek the objects we acquire, other than to engage in a little googling. We no longer forage or hunt. We shop.

Christ uses the imagery of seeking or true desire (eros) in a number of His parables: The Merchant in Search of Fine Pearls; The Woman with the Lost Coin; The Good Shepherd and the Lost Sheep; The Father in the Prodigal Son; The Treasure Buried in a Field…

But how does seeking (eros) differ from what I want? Are these parables not images of consuming? Learning the difference is part of the point in God’s holy hide-and-seek. The mode of existence to which He calls us must be learned, and it must be learned through practice.

Objects are manageable. They do not overwhelm or ask too much of us. Consumption is an activity in which we ourselves always have the upper hand. St. James offers this thought:

What we seek (eros) in a godly manner, is something that cannot be managed or objectified. It is always larger and greater than we are. As such, it even presents a little danger. It may require that we be vulnerable and take risks. We are afraid that we might not find it while also being afraid that we will.

The parables are not about a merchant with a string of pearls, or a woman with a coin collection. The merchant risks everything he owns just for the chance of buying this one pearl. The woman seeks this coin as though there were no other money in the world.

When I was nearing the point of my conversion to Orthodoxy, a primary barrier was finding secular employment. It’s hard for someone whose resume only says, “priest,” to get a job or even an interview for a job. That search had gone on, quietly, for nearly two years. It was not an obsession – rather, more like a hobby. But one day, a job found me. The details are not important here. But the reality is. The simple fact that a job was likely to happen, that I only had to say, “Yes,” was both exciting and frightening in the extreme. If I said yes, then everything I had said I wanted would start to come true (maybe). And everything I knew as comfortable and secure would disappear (with four children to feed). And if everything I said I wanted began to come true, then the frightening possibility that I might not actually want it would also be revealed! I could multiply all of these possibilities many times over and not even begin to relate everything that was in my heart.

But the point that had found me was the beginning of the true search. The risk, the reward, the threat, the danger, the joy and the sorrow, all of them loomed over me, frequently driving me to prayer. I made the leap and began a tumultuous period in my life. But my life, like most, eventually settled down and slowly became obvious. 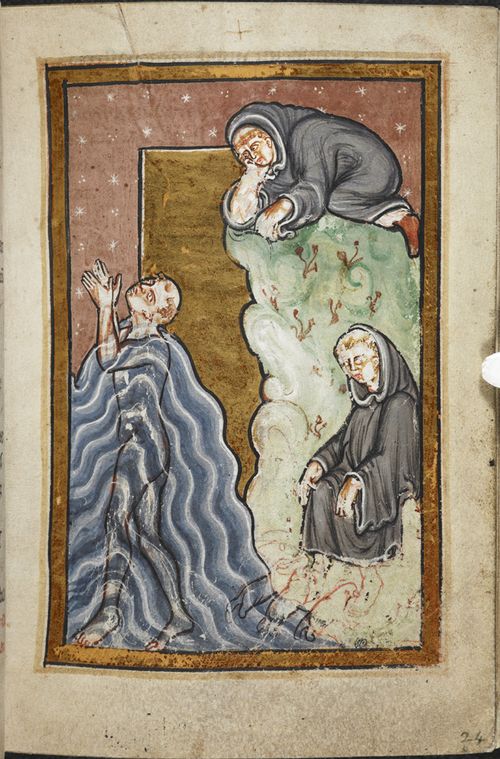 St. Cuthbert of Lindisfarne, one of the great monastic heroes of the Celtic lands, had a way of dealing with the obvious. He would walk into the North Sea from the island where he lived, and stand in the waves up to his neck. It was a dangerous sea, not like an American beach. He stood there at the point of danger – and prayed. St. Brendan crossed the Atlantic with his monastic companions in a boat made of animal hides. Countless thousands of monastics wandered into deserts, forests, holes in the ground, islands, all in order to place themselves at that point where God may be found. Seeking God is not done in the place of safety, though it is the safest place in all the world.

Eros does not shop. True desire, that which is actually endemic to our nature, is not satisfied with the pleasures sought by the passions. It will go to extreme measures, even deep into pain, in order to be found by what it seeks.

All of this is the apocalyptic life of true faith. The question for us is how to live there, or even just go there for once in our lives. I “studied” Orthodoxy for 20 years. All of my friends knew (and often joked) about my interest. Many said they were not surprised when I converted.

I was. I was surprised because I know my own cowardice and fear of shame. If you liked Ferraris, your friends wouldn’t be surprised if you had photos and models, films and t-shirts. But if you sold your house and used the money to make a down payment on one, you’d be thought a fool, possibly insane. Seeking God is like that.

There are quiet ways that do not appear so radical. The right confession before a priest can be such a moment. Prayer before the icons in the corner of a room can become such a moment, though it takes lots of practice and much attention. They cannot be objects and the prayer cannot be obvious.

All of this is of God, may He be thanked. We do not have to invent this for ourselves. It is not “technique.” The God who wants us to seek is also kind enough to hide. Finding out where He is hiding is the first step. Finding out where you are hiding is the next. But the greatest and most wonderful step is turning the corner, buying the field, selling everything that you have, picking up the coin, making that phone call, saying “yes” and “yes” and “yes.”

Most viewed articles
Archbishop of Australia Does Not Want to Separate People into “Vaccinated and Unvaccinated”81
We Must Pray for All: The Salvation of the World According to St Silouan55
Peace In Chaos50
Patriarch Kirill Consecrates Restored St. Alexander Nevsky Cathedral in Volgograd44
The Birth of Our Most Holy Lady: Reason for Spiritual Joy and Exaltation38
“Basic Sight-Singing and Ear Training for Church Singers” Course to Begin October 432
Romanians Offered Bulgarians a Second Vestment of St. Paraskeva and 30 Tons of Food23
In Hurricane Ida’s Wake, Metropolitan Joseph Brings Comfort, Resources to Louisiana Church21
In Connection with the Tragedy in Perm, Patriarch Kirill Urges to Pay More Attention to the State of Mind of Young People14
Most popular authors
Pravmir.com team171
Metropolitan Kallistos (Ware)55
Archpriest Michael Gillis50
Archimandrite Ephraim of Vatopedi38
Ștefana Totorcea23
Peter Samore21