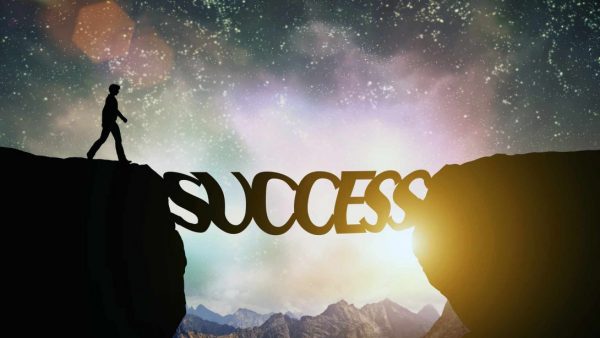 We live in a world of practicality, a fact that has produced the marvels of technology that power us along and connect the world in its web. I have a nearly two-year-old grandson who has grasped some of this connection for many months now. He loves buttons – not the ones on your shirt – but the ones on any device. If there is a button in reach, he will mash it. He’s not alone, I’ve seen the same phenomenon throughout the herd of children that crowd my parish. Push a button; make something happen. If a toddler grasps the magic of a button, so, too, do adults. It is something of an icon our culture. If there is a problem, from cancer to poverty, we want solutions. This is also true of our spiritual expectations. But it is worth asking, “Does the spiritual life work?”

Chapter 3 in AA’s Big Book is entitled, “How it works.” It describes the 12-Steps with a commentary. It also assures that its program “works.” And it does, for a portion of those who participate. One set of statistics from peer reviewed studies put the AA success rate at less than 10 percent. AA sets it higher – perhaps as much as 33 percent. I endorse their program and encourage anyone with an addiction to participate in a 12-Step program. The numbers, however, are of interest. What I understand from these studies is that addiction is a very powerful force in some lives and can meet with failure in the face of well-designed cures.

I have wondered how the “success” of the spiritual life would be measured? I could imagine that the number of persons Baptized might be compared to the number of the Baptized who fall short of salvation – but there is no way to discover such a thing. In lieu of that, we often set up our own way of measuring – some expectation of “success” that we use to judge the spiritual life. “I tried Christianity…” the now self-described agnostic relates, “and found that it did not live up to its claims.”

To my mind, the entire question is a little like complaining about your hammer because it doesn’t work well as a screw-driver. The problem is that the spiritual life doesn’t “work,” and was never supposed to. It is not something that “works,” it is something that “lives.” And this is an extremely important distinction.

In 1859, Samuel Smiles, a Scottish author and government reformer, published the book, Self-Help, the first self-proclaimed work on self-improvement. His opening line is famous, “God helps those who help themselves.” Indeed, many modern people are under the impression that this statement comes from Scripture (it does not). It is not at all accidental that Smiles’ thought should echo that of the Scottish Enlightenment itself. We can build a better world, and do so more effectively by building better humans. Christianity was to be harnessed in this great progressive drive.

We look to our faith to solve problems. Whether we suffer from psychological wounds, or simple poverty and failure, we look to God for help. The spiritual life, and the “techniques” we imagine to be associated with it, are the means by which we “help ourselves” (God will do the rest).

This narrative is simply not part of the Christian faith. The progress/improvement/better-life scenario does not jibe with the account of the Christian life as given in the New Testament and the Tradition. Verses, such as, John 10:10 (“that they might have life more abundantly”), are “cherry-picked” and drafted into the false narrative of an improved existence. Consider instead this word from St. Isaac of Syria: “…without tribulations befalling us, God’s providence cannot be perceived.”

St. Isaac’s statement is fully in line with the New Testament. There, we are not presented with the solution to our problems, nor with the promise of a better world. Rather, we are taught how to live in repentance and participate daily in the life of the Kingdom of God. That the life of the Kingdom of God is full of joy and transcendence is not at all the same thing as success or improvement. The lives of the saints are filled with information of an opposite sort.

Many modern readers first encounter the Jesus Prayer in the classic work, The Way of a Pilgrim. It is a work of pious fiction that offers some basic instruction and incentive towards the practice of the Prayer. It can also be misleading. In a matter of months, following instruction from a holy elder, the Pilgrim finds that the prayer has entered his heart and become “self-acting.” A blind man with whom he shares the prayer masters it in even less time and gains the ability to see things at a great distance. I know of modern cases where the Prayer came in what seemed an easy manner, but those cases are not stories of technique – they are singular gifts of grace that seem directed towards a very specific purpose. Most people never have an experience of “self-acting” prayer. It is extremely rare, even among monastics.

The prayer and fasting, almsgiving and confession that are the very heart of the Orthodox way of life are not techniques or ways of self-improvement and betterment. They are the embracing of a way of life in which self-improvement and betterment are beside the point. To observe “improvement” in ourselves is to abandon the way of humility and repentance. It is the nature of the Orthodox way that we become increasingly aware of our failures rather than our progress.

Christ said, “…when you have done all those things which you are commanded, say,`We are unprofitable servants. We have done what was our duty to do.’” (Lk. 17:10)

Accepting this represents a change of mind within the modern context. Indeed, the very word for repentance in Greek means a “change of mind” (metanoia). Christianity should not and properly cannot be a subset of the modern lifestyle. Most likely, if carefully followed, it will ruin all our modern plans. Well and good! The Kingdom of God will not be populated by the successful, the well-adjusted and the wise. It is the failures, the foolish, and the fragile who will enter ahead of us, or at least those who were willing to risk their lives in such a manner. The modern narrative is not only false, it creates expectations that are never truly met. Our media torments us with carefully crafted examples of those for whom self-improvement and personal progress seem to work. We can only wonder why it fails to work for us! These are false images that belie the normative struggle of human existence in every age.

If you are having a difficult time, you are not alone. It is the very nature of human life. That same struggle, however, united with Christ in His Cross, becomes transformative – not in the manner that the world expects, but in the likeness of the Crucified and Risen Christ.

Most viewed articles
First Church in the Antiochian Archdiocese Named for St. Xenia of St. Petersburg Prepares for Feast Day290
Patriarch Kirill: Not Only People, But Churches Too, Can Depart from God178
My World’s Different105
A Christianity of the Catacombs105
Patriarch Porfirije of the Serbia: Our Position on the Church Issue in Ukraine Has Not Changed90
Thoughts on Theophany and Revelation82
Archbishop Makarios of Australia: ” the Great privilege of the Orthodox Church is that we live in communion”39
1
Most popular authors
Pravmir.com team597
Protopresbyter Themistoklis Mourtzanos105
Archpriest Lawrence Farley105
Elissa Bjeletich82