Praying for the departed, and doing so with such frequency was easily a part of the Tradition of the Church that seemed not only wise, but so totally essential. I was no stranger to prayers for the departed (I had always prayed for the departed as an Anglican). But never had I prayed so much with such fervency.The bright sorrow of the Russian tune, “Memory Eternal,” that closes a memorial service took up a place in my heart that no other song will ever have.
Archpriest Stephen Freeman | 20 February 2009 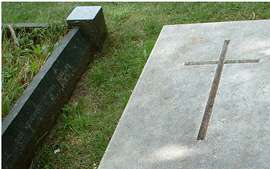 In my early exposure to Orthodoxy, I became intrigued with the term, “Soul Saturday.” My family would visit a monastery not too far away for their annual pilgrimage that occured on one of the weekends of a “Soul Saturday.” This is term from popular parlance, the more proper English title of the event is a “Memorial Saturday.” These are held at a number of times during the year, mostly during Lent. They are days set aside to pray for and remember the departed.

After becoming Orthodox in 1998 these events became supremely important. Our congregation suffered two very unexpected deaths (both in car crashes) in the course of our first two years that left all the devastation that grief can wreak. For a congregation that was young, we were suddenly faced with that which faces the old with great frequency.

Had you told me we would have buried our first member within our first year I would never have thought of the young woman taken from us. But such is our power over our own life. We control virtually nothing.

My first two years as an Orthodox Christian I supported myself by being employed in the local home hospice program. Thus I was no stranger to death. Nor had I been in my last Anglican parish, where I had buried over 100 people in my years there. I knew the power of grief and how helpless people can be when it comes.

Thus it was that “Soul Saturdays” became times of deep importance for me. The population of my grief world was far larger than I would have expected by that time in life – much less with so much that was so fresh in mind.

The bright sorrow of the Russian tune, “Memory Eternal,” that closes a memorial service took up a place in my heart that no other song will ever have. I do couple it with “Christ is risen from the dead,” lest I be lost in my own grief.

But in a world where so little is remembered (already the deaths of 911 are more a matter of political football than memorials) it is of supreme comfort that the Church pauses these many Soul Saturdays and says: “Remember.” And not only to us but to God, “May their memory be eternal.”

There is no purgatorial teaching in Orthodoxy, just the simple assurance that our prayers “are of benefit” to those who have died. Of this I have no doubt. But I also know just how great the benefit is for those who are still remembering from here.

Grief is strange stuff. I was taught, when I was doing hospice work, that each grief is really every grief. That one small grief will open up the vast pool of grief that lies within us. Thus none of us is ever just grieving one person or event. Blessedly, it is all in the hands of the good God who loves mankind and who Himself bore our grief.

Tonight I will have gathered in the Church to sing Vespers, and to offer the memorial service. To hear again, “Memory eternal,” and know that there is a deep promise at the heart of our prayer, a promise that was ratified at the resurrection of Christ.

I know as well, that our feeble prayers here are nothing like the mighty chorus that ascends to God from those who have gone before us and remember and pray for us. That “great cloud of witnesses” sustains the living though we too easily forget this. Memory Eternal for us all, until the battle is done and everything has found its rest.

It is this kind of rhythm, found in the liturgical life of Orthodoxy, that has been lost from so much of Christianity, where the grief is certainly as great. I know that I could not bear the weight of all I remember were I not able to stand with others and pray God’s eternal remembrance. There are times as an Orthodox Christian that I am not just grateful for the grace God has given, but wonder how I ever lived without it.