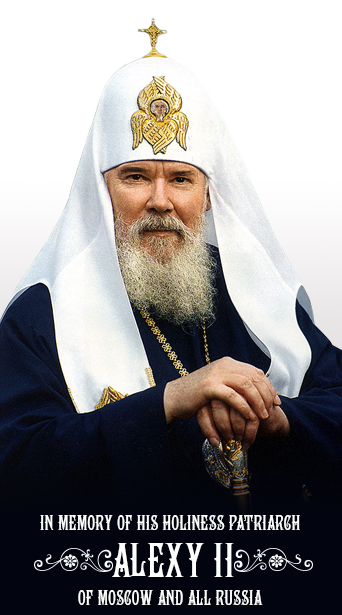 On the occasion of the 10th anniversary of the repose of Patriarch Alexy II († December 5, 2008) “Russkiy Pastyr” Publishers have released a new CD – “Pascha” – in memory of two champions of Orthodox Church unity: His Holiness Patriarch Alexy and His Eminence Metropolitan Laurus († March 16, 2008). This is the 11th CD in the monumental Chants of the Russian Emigre series and is sung by the “Nizhny Novgorod” Municipal Chamber Choir under the direction of Ivan Stolnikov, with the participation of clergy from Moscow’s renowned Sretensky Monastery.

“The CD ‘Pascha’ is outstanding and a breakthrough in the field of choral church art. The ‘Nizhny Novgorod’ Chamber Choir has an incredible grasp of the culture of sound, crystal clear intonation and magnificent choral technique. In this new recording the choir’s capabilities are put to serve an elevated and joyful Paschal mood, at the same time retaining an understanding and sensitivity to the sacred texts. The singing, repertoire and concept of the recording are organic and restrained. I have not heard a better choir in the course of the last 20 years. May this incredible and important church choral offering serve to the glory of God and our Russian Orthodox Church!” –Nun Iuliana (Denisova)

“The 11th volume in the remarkable Chants of the Russian Emigres series features a lineup of hymns that have seldom, if ever, been heard before. Several tracks, – like Boris Ledkovsky’s exuberant Christ Is Risen (which imitates the joyous pealing of Paschal bells), Nikolai Kedrov’s (pere) Grand Mercy of Peace, Evgeny Evetz’s As Many as Have Been Baptized, and Ivan Gardner’s Paschal Antiphons – are world premiere recordings. Two composers are featured for the first time in this series: Viktor Dreving and Sergei Ryabchenko. The album format includes a number of clergy exclamations and other liturgical details, which make the listening experience approach what one would hear at an actual Paschal service – the Feast of Feasts. Along with the fresh and new repertoire it makes this disc a worthwhile addition to every Orthodox church music lover’s collection.” – Vladimir Morosan