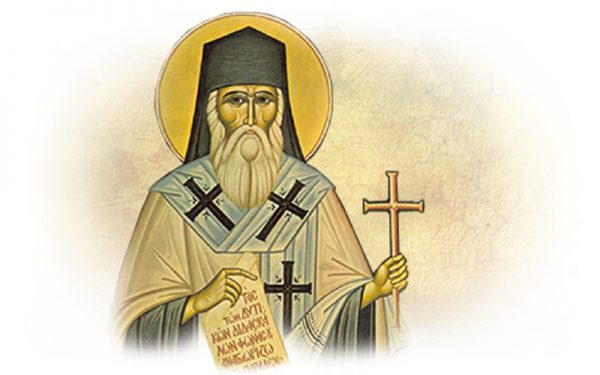 Ecumenical means “belonging to or accepted by the Christian Church throughout the word; as such, this term reflects the rule of faith given by St. Vincent of Lérins: Christian truth is that “which has been believed everywhere, always, and by all.” Thus is the correct dictionary definition of the word and the only patristic definition of it. Unfortunately, ‘ecumenical” has come to mean something quite different in the latter part of the 20th century. Under the influence of the World Council of Churches and the policy of aggiornamento in the Church of Rome, “ecumenical” has come to mean the following: the unity of Christ’s Church has been shattered through the centuries; all Christian Churches are pretty much equal, and each has a “share” of the truth; therefore, all denominations must be united in order to recapture the “whole-ness” that once existed. This is modern-day ecumenism.

A superb example of the first and original kind of ecumenist is St. Mark of Ephesus, a 15th century champion of orthodoxy, sometimes called “The conscience of Orthodoxy.” The following information is condensed from a series of three articles in “The Orthodox Word” (1967), written by Archimandrite Amvrossy Pogodin:

When the foundations of Byzantium were crumbling, diplomats redoubled their efforts to find a possibility of union with Western powers for a battle against the common adversary of Christianity, Islam. Attempts were made to conclude treaties with the Turks, but these were unsuccessful. The only hope lay in the West. For this it was necessary above all to make peace with the Vatican.

A Council was convened in 1437, which established a committee of Latin and Greek theologians with the Pope and the Byzantine Emperor acting as heads. The Pope, Eugenius IV, had a very exalted idea of the papacy and aimed at subjecting the Orthodox Church to himself. Prompted by the straitened circumstances of Byzantium, the Emperor pursued his aim: to conclude an agreement profitable for his country. Few gave thought to the spiritual consequences of such a union. Only one delegate, the Metropolitan of Ephesus, St. Mark, stood in firm opposition.

In his address to the Pope at the opening of the Council, St. Mark explained how ardently he desired this union with the Latins- but a genuine union, he explained, based upon unity of faith and ancient Liturgical practice. He also informed the Pope that he and the other Orthodox bishops had come to the Council not to sign a capitulation, and not to sell Orthodoxy for the benefit of their government, but in order to confirm true and pure doctrine.

Many of the Greek delegates, however, thought that the salvation of Byzantium could be attained only through union with Rome. More and more became willing to compromise the eternal Truth for the sake of preserving a temporal kingdom. Furthermore, the negotiations were of such unexpectedly long duration that the Greek delegates no longer had means to support themselves; they began to suffer from hunger and were anxious to return home. The Pope, however, refused to give them any support until a “Union” had been concluded. Taking advantage of the Situation and realizing the futility of further debates, the Latins used their economic and political advantage to bring pressure on the Orthodox delegation, demanding that they capitulate to the Roman Church and accept all her doctrines and administrative control.

St. Mark stood alone against the rising tide which threatened to overturn the ark of the true Church. He was pressured on all sides, not only by the Latins, but by his fellow Greeks and the Patriarch of Constantinople himself. Seeing his persistent and stouthearted refusal to sign any kind of accord with Rome under the given conditions, the Emperor dismissed him from all further debates with the Latins and placed him under house arrest. By this time St. Mark had fallen very ill (apparently suffering from cancer of the intestine). But this exhausted, fatally ill man, who found himself persecuted and in disgrace, represented in his person the Orthodox Church; he was a spiritual giant with whom there is none to compare.

Events followed in rapid succession. The aged Patriarch Joseph of Constantinople died; a forged document of submission to Rome was produced; Emperor John Paleologos took the direction of the Church into his own hands, and the Orthodox were obliged. to renounce their Orthodoxy and to accept all of the Latin errors, novelties, and innovations on all counts, including complete acceptance of the Pope as having “a primacy over the whole earth.” During a triumphant service following the signing of the Union on July 5, 1439, the Greek delegates solemnly kissed the Pope’s knee. Orthodoxy had been sold, and not merely betrayed, for in return for submission, the Pope agreed to provide money and soldiers for the defense of Constantinople against the Turks. But one bishop still had not signed. When Pope Eugenius saw that St. Mark’s signature was not on the Act of Union, he exclaimed, “And so, we have accomplished nothing!”

The delegates returned home ashamed of their submission to Rome. They admitted to the people: “We sold our faith; we bartered piety for impiety!” As St. Mark wrote: “The night of Union encompassed the Church.” He alone was accorded respect by the people who greeted him with universal enthusiasm when he was finally allowed to return to Constantinople in 1440. But even then the authorities continued to persecute him. At length he was arrested and imprisoned. But whatever his condition and circumstances, he continued to burn in spirit and to battle for the Church.

Finally he was liberated and, following his example, the Eastern Patriarchs condemned the False Union and refused to recognize it. The triumph of the Church was accomplished-through a man exhausted bydisease and harrassed by the wiles ofmen, but strong in the knowledge of our Saviour’s promise: “…I will Build My Church; and the gates of hell shall not prevail against it. (Matt. 16:18)

St. Mark died on June 23, 1444, at the age of 52. This great pillar of the Church was a true ecumenist, for he did not fear to journey to Italy to talk with the Roman Catholics, but more importantly, neither did he fear to confess the fullness of the truth when the time came.

The following is the concluding section of the Saint’s encyclical letter on the subject of the false union. It is as meaningful and vital today as it was 500 years ago: “Therefore,” St. Mark writes,

“in so far as this is what has been commanded you by the Holy Apostles,-stand aright, hold firmly to the traditions which you have received, both written and by word of mouth, that you be not deprived of your firmness if you become led away by the delusions of the lawless. May God, Who is All-powerful, make them also to know their delusion; and having delivered us from them as from evil tares, may He gather us into His granaries like pure and useful wheat, in Jesus Christ our Lord, to Whom belongs all glory, honor, and worship, with His Father Who is without beginning, and His All-holy and Good and Life-giving Spirit, now and ever and unto the ages of ages. Amen.”

By the prayers of St. Mark, O Christ our God, and all Thy Holy Fathers, Teachers and Theologians, preserve Thy Church in Orthodox confession and lead many into a knowledge of the Truth, unto the ages!

(An excerpt from the book, “Winds of Change in Roman Catholicism”, by Hieromonk Ambrose (Fr. Alexey) Young). 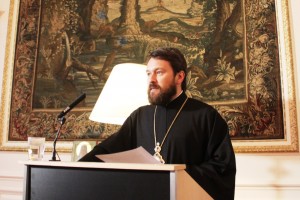 Is There a Future for Ecumenism?
Metropolitan Hilarion (Alfeyev)

Dear members of the faculty, students and guests of the university! I have been asked to…

What is a Holy Pilgrimage

An essential key to making a successful pilgrimage, whether an outward or an inner pilgrimage, is repentance. We…