Swimming Against the Streams of Sin 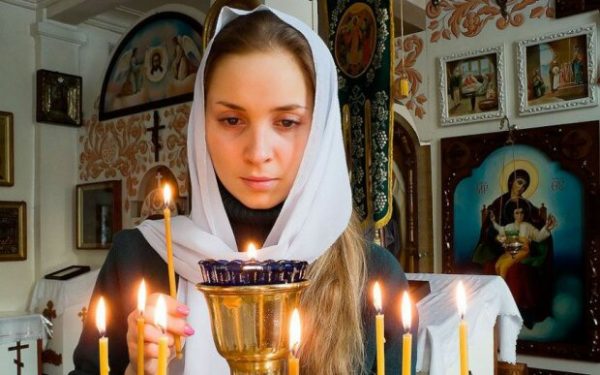 A Homily in honor of the Patroness of our Church, St. Mary Magdalene

There is a very wonderful quote from St. Philaret of Moscow who uses the example of a fish swimming up-river as an image of the struggles that Christians have in the midst of an increasingly sin filled world.  He says:

“A fish that is alive, always swims against the flow of water…while one that is dead, floats in the water and is carried downstream. A true Christian is one that goes against the current of a sinful age.  A false one, is one that is swept away by its swiftness.”

What wonderful reminder that we are given of this reality in the life of our beloved patroness.  St. Mary Magdalene was someone who never lived in fear of what secular society thought, but rather “swam upstream” against the currents of her time.  After she was freed from the seven demons we hear about in the gospels, St. Mary wasn’t swept away by the currents of fear and denial like so many of the Disciples.  She never went into hiding for fear of the Jews.  She didn’t deny our Lord as did Peter.  She openly followed Jesus to Jerusalem and remained steadfast at the foot of the cross with the Theotokos…standing by Christ in the world’s darkest moments.

After our Lord’s Crucifixion, St. Mary continued to swim against the currents of mortal life.  While the men were cowering behind closed doors, she took courage with the other myrrh-bearing women and went to the tomb that our Lord was laid in.  It was that courage that ultimately allowed her to be the first person to see and witness the Risen Lord…the very first human being to utter those amazing and life-giving words in her heart: “Christ is Risen”.

I think our 21st century minds have a hard time grasping just how BIG OF A DEAL it was for St. Mary to be the first person to see Christ resurrected.  In those days, women were not considered credible witnesses.  They weren’t allowed to give testimony, because only the men were considered believable.  Yet to Christ, what society thought didn’t matter.  He trusted St. Mary to deliver the greatest news in the history of the world.  He saw her love for Him at the foot of the cross.  He saw her dedication to Him when she went to the tomb, preparing to ask the Roman guards to move the stone away so that she could anoint His body.  He had for seen that Mary would travel to announce the Resurrection to Roman Emperor Himself…without fear or retribution!

What made St. Mary so special, and such a beacon of light for all of us to follow, was that once she allowed the Light of Christ to enter into her heart…once she experienced True Repentance and Metanoia…the sinful world that we all find ourselves in meant nothing to her.  All that mattered was drawing near to Christ…drawing near to God.

One question we must begin to ask ourselves, especially living in an increasingly secular society, is are we strong enough to swim against the streams of sin in our own lives? When we begin to look around the world, we see stories like the ones coming out of China, where Christians are now having to choose between receiving welfare, or living as Christians. It wasn’t that many years ago where Christians in Communist countries had to choose between following after eternal life, or suffering a mortal death because of their unbreakable love for God. When we look at examples of courageous Saints like our patroness, we have to ask ourselves if we carry that same courage to follow after Christ, or if we will be as the dead fish caught up in the streams of the world.

We have the wonderful blessing in our Church today, as we remember and celebrate the life of our patroness, to have the presence and relics of this great example of repentance with us.  In our little home of Fenton, Michigan (of all places) we have a piece of bone from the very first person to see our Lord Resurrected.  This relic represents an undeniable and physical link to our Lord Himself…but more importantly, it offers us all a real chance to whisper a prayer into the ear of St. Mary Magdalene herself every time we come into the Church. We have the chance to ask her for prayers to help strengthen us for the difficulties that are ahead of us, and to give us all the courage to make the changes necessary in our own lives to struggle against the stream of sin, and come into the loving embrace that she herself found in the arms of our Lord and Savior, Jesus Christ.