Metropolitan Onuphry: Strong Person is the One who Can Stop Oneself from Sinning

Showing one's strength does not mean to defeat someone physically or mentally, but to defeat oneself personally.
Pravmir.com team | 25 July 2020 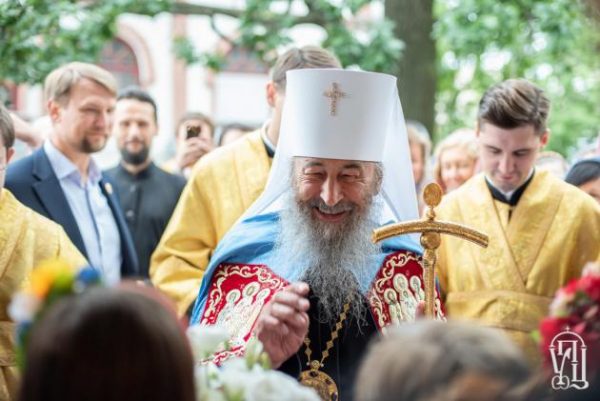 A strong person is not the one who has powerful muscles or is wealthy, but the one who can stop oneself from sinning. His Beatitude Metropolitan Onuphry of Kiev and All Ukraine said this in his sermon during the Divine Liturgy at the cathedral in honor of the Holy Equal-to-the-Apostles Princess Olga on July 24, 2020.

“Christianity is often understood as the faith of weak people. Christians are people who are weak, thin, uneducated, and unpretentious. But the strong people, who are respected all over the world, have a lot of money, land, wealth, and are well built. No! Strong people are those who can know God, who have the courage to stop sinning. For example, I was stealing, and I liked to steal: I pulled a wallet out of someone’s pocket and I no longer had to work, it was an easy life. But this is not strength, it is weakness. But power is when you said to yourself: “Stop! I’m stopping sinning (or stealing, or offending someone, talking a lot, or judging someone)”. It is when you stopped yourself from sinning,” said the Primate of the Ukrainian Orthodox Church.

Showing one’s strength, the Archpastor continued, does not mean “to defeat someone physically or mentally, but defeat yourself personally.”

“The one who forces oneself with the power of one’s own will to fulfill the strong Sacred Divine Law and to humble oneself before God is strong and this person is a real Christian,” said His Beatitude Metropolitan Onuphry.

At the end of his sermon, the metropolitan urged the believers to “show courage at least a little when a sin is committed, when lawlessness is committed” and force themselves, even if they do not want it, to pray, have patience, do good deeds, and forgive the neighbor who has offended them.

“When we make such efforts, we will be at least a little like the Holy Equal-to-the-Apostles Princess Olga and we will be good, real Christians who have humbled themselves, their pride, their inner passions, humbled themselves before God through the fulfillment of the Divine Laws. It is humility that makes a person capable of holding the grace of God inside, which makes a person blessed on earth and saved in heaven,” concluded His Beatitude Metropolitan Onuphry.