Tactile Model of the Nativity Cathedral of Suzdal Presented in Suzdal 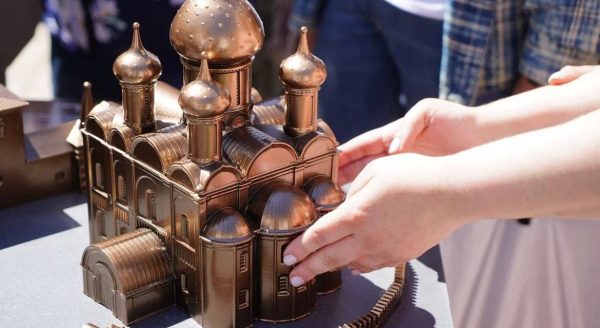 On June 9, 2022, a tactile model of the ensemble of the Nativity Cathedral and Bishop’s House, included in the UNESCO World Heritage List, was opened on the territory of the Suzdal Kremlin, reports foma.ru.

“This is one of the main and best tools to reliably understand and imagine the visual appearance of our pearls of architecture for the visually impaired and the blind… This is important for these people so that they can feel like full-fledged tourists and visitors to our wonderful museums, which we are very proud of,” said Elena Kharlamova, Director of the Department of Museums and External Relations of the Ministry of Culture, at the opening ceremony.

The tactile model weighing about 500 kg is made of bronze and installed on a pedestal of Karelian granite in the square in front of the monuments. It has anti-vandal protection, and an information plate with Braille in Russian and English is installed nearby.

“This is not just an art object, but a real historical copy of the monument. It was a long process of work not only for the sculptor, but also for museum researchers and jewelers. It was this teamwork that made it possible to create elements of the appearance of the architectural ensemble in the smallest detail. We hope that the tactile model will soon become its integral part,” said Vladimir Plekhov, deputy director of the “Special Look” program. 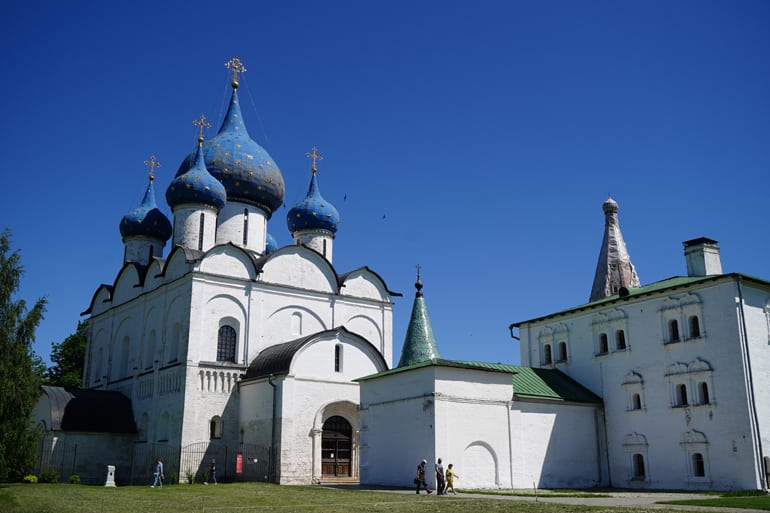 According to the department, the Suzdal Kremlin is the most significant attraction of one of the cities of the Golden Ring, which architectural monuments are recognized by the whole world. This is the very heart of one of the oldest Russian cities, which will celebrate its official 1000th anniversary in 2024.

The object “Ensemble of the Nativity Cathedral and Bishop’s House” in Suzdal became the third tactile model opened as part of the “Special Look at the Golden Ring” project, but the first in the Vladimir region. The very first tactile model of the palace of Tsarevich Dimitri in Uglich was opened in December 2021, the second model was the Church of Tsarevich Dimitri on Blood, opened there in April of this year. In general, in 2021-2023, architectural objects of eight cities of the Golden Ring of Russia will become available for visually impaired tourists.

The following churches are planned for adaptation: the Dormition Cathedral in Vladimir, the Holy Trinity Sergius Lavra in Sergiev Posad, and the Church of Elijah the Prophet in Yaroslavl. Near each model there will be information signs in Braille telling about the sights.

“A Special Look at the Golden Ring” is a long-term project to create tactile models of the most famous monuments of architecture and culture in Russia. Today, about 300,000 people with visual impairments are registered in the country, 20% of them are people of active age who strive to lead a dynamic lifestyle.