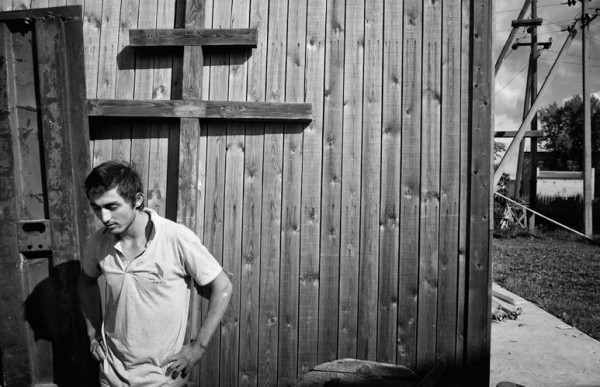 For the secular people of today, focusing on an ascetic saint represents a problem. How can the ascetic figure of Saint John, the author of the Ladder, speak to us, when he acquired and preserved the Grace of God through tears, prayers, and spiritual asceticism?

In Orthodox teaching, the ascetic life is nothing other than the transcendence of selfishness, the attempt, in Grace, to apply God’s commandments, to live the life of Jesus Christ. The Orthodox ethos is ascetic. The objection made by people today- that an ascetic cannot speak to us- is not true for two fundamental reasons. In the first place, because in Orthodox Patristic teaching, there’s no difference between the monastic and secular way of life, nor between the married and unmarried. The difference is simply between those people who have the Holy Spirit and those who don’t. Secondly, because the way of life as described in the Holy Scriptures and as experienced by the saints, is ascetic. The commands to ‘struggle to enter through the narrow gate’, ‘the Kingdom of Heaven is to be forced and the violent seize it’ and ‘mortify your members on the earth’ are universally and comprehensively valid. They apply to everyone, irrespective of where we live and how. Because the salvation perfected by Christ is offered to everyone baptized ‘in the name of the life-giving and divine Trinity’ and so the path to salvation is the same for all of us. 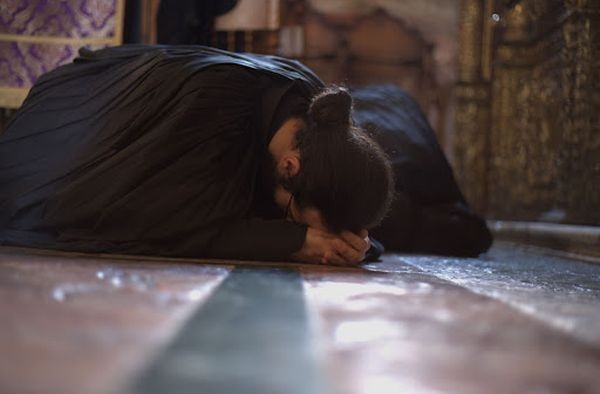 Since perfection is not a human task and can neither develop nor be acquired purely by our own natural abilities, but is rather a gift of the Holy Gift, asceticism is never an aim in itself, but simply the means of acquiring the gifts of God.

It’s a fact that people in our own times have difficulty understanding the meaning of asceticism in our lives. Even among monastics we observe phenomena which demonstrate the fundamental deviation of the modern spiritual decline: disassociation from the ascetic ethos.

This is why the Church very wisely highlights the feats of the Saints and determines forms of asceticism which discipline our will and turn it from the worse to the better, also strengthening us to retain our self-awareness.

Observing Christ’s commandments is  the stamp and fulfilment of our efforts. Without a whole-hearted response to the will of God and the implementation of His Gospel commandments, it’s impossible for us to  cleanse ourselves from the stain of sin and to achieve our sanctification in Christ. Some people think that they believe properly even if they don’t keep the commandments. Others, who keep them, expect the Kingdom of God as a reward that God owes them. Both sets of people miss the point. We aren’t talking about some work that deserves to be rewarded. The Kingdom of God of not a reward for works, but the Grace of the Lord prepared  for the faithful’ (Saint Mark the Ascetic). So, in the wise words of Saint Gregory Palamas, ‘Let us keep the Grace of God in ourselves without reduction, bringing us firmly to obedience and the implementation of the holy commandments, offering ourselves to God through our works, since He also gave Himself for us’.

Those of us who honour the Saints and Ascetics of our Church should also honour their way of life. We should pray for this and seek to achieve it.

Most viewed articles
Metropolitan Hilarion of Eastern America and New York to Be Buried in Jordanville on May 22161
Patriarch Kirill: The Peoples of Russia and Ukraine Have No Interest in the Conflict156
Metropolitan Hilarion of Eastern America and New York Reposes in the Lord117
Communion restored between the Serbian Orthodox Church and the Macedonian Orthodox Church – Ohrid Archbishopric117
What Do We Celebrate at Mid-Pentecost?100
Metropolitan Onuphry: One Needs to Search for the Truth in Spiritual Life, not Easy Ways93
Celebrating 100 Years with Paschal Joy62
Patriarch of Serbia to Concelebrate with Archbishop Stephen of Ohrid37
Family Life and Spiritual Warfare16
Most popular authors
Pravmir.com team680
Ioannis Foundoulis100
Priest Luke A. Veronis62
Archpriest Michael Gillis16
Maria Trushanina1