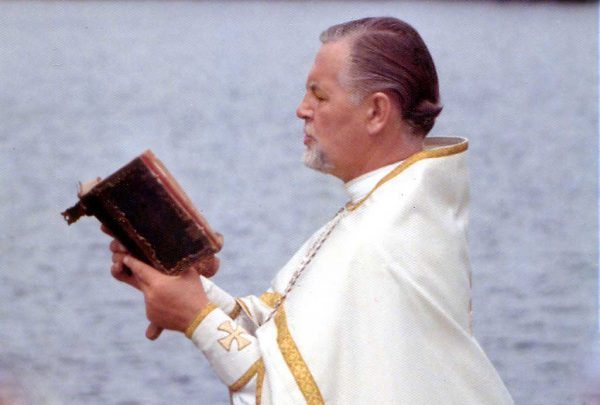 Christianity…is in a profound sense the end of all religion. In the Gospel story of the Samaritan woman at the well, Jesus made this clear.

“‘Sir,’ the woman said to him, ‘I perceive that thou art a prophet. Our fathers worshipped in this mountain; and ye say, that in Jerusalem is the place where men ought to worship.’ Jesus saith unto her, ‘Woman, believe me, the our cometh, when ye shall neither in this mountain, nor yet at Jerusalem, worship the Father…. But the hour cometh, and now is, when the true worshippers shall worship the Father in spirit and in truth: for the Father seeketh such to worship him’” (Jn. 4:19-21, 23).

She asked him a question about cult [the outward practice of religion], and in reply Jesus changed the whole perspective of the matter. Nowhere in the New Testament, in fact, is Christianity presented as a cult [in its technical sense] or as a religion. Religion is needed where there is a wall of separation between God and man. But Christ who is both God and man has broken down the wall between man and God. He has inaugurated a new life, not a new religion.

Christianity often appears, however, to preach that if men will try hard enough to live Christian lives, the crucifixion can somehow be reversed. This is because Christianity has forgotten itself, forgotten that always it must first of all stand at the cross. Not that this world cannot be improved – one of our goals is certainly to work for peace, justice, freedom. But while it can be improved, it can never become the place God intended it to be. Christianity does not condemn the world. The world has condemned itself when on Calvary it condemned the One who was its true self.

If we think seriously about the real meaning, the real scope of these words, we know that as Christians and insofar as we are Christians, we are, first of all, witnesses of that end: end of all natural joy; end of all satisfaction of man with the world and with himself; end, indeed, of life itself as a reasonable and reasonably organized “pursuit of happiness.” Christians did not have to wait for the modern proponents of existentialist anxiety, despair and absurdity to be aware of all this. And although in the course of their long history Christians have much too often forgotten the meaning of the cross, and enjoyed life as if “nothing had happened,” although each one of us too often takes “time off” – we know that in the world in which Christ died, “natural life” has been brought to an end.

Fr. Alexander Schmemann in For the Life of the World 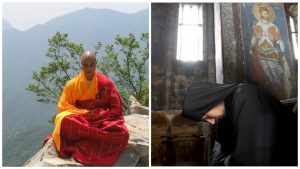 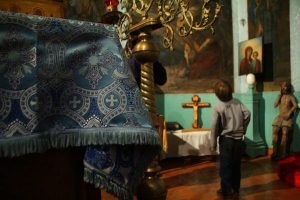 A small group of a dozen or so young medical professionals were sitting around a table,…