The European crusade against Christianity

The Christian civilization is in great danger. Today about 100 million followers of the teachings of Jesus Christ are being persecuted. People are suffering or sometimes even dying for their faith not only in the countries of the Middle East, Northern and Southern Africa but also in South East Asia – regions that are essentially non-Christian. The believers in Europe and America, i.e. residents of the states where the adoption of Christianity in the past determined their development and formation, increasingly often face anti-religious prosecution. 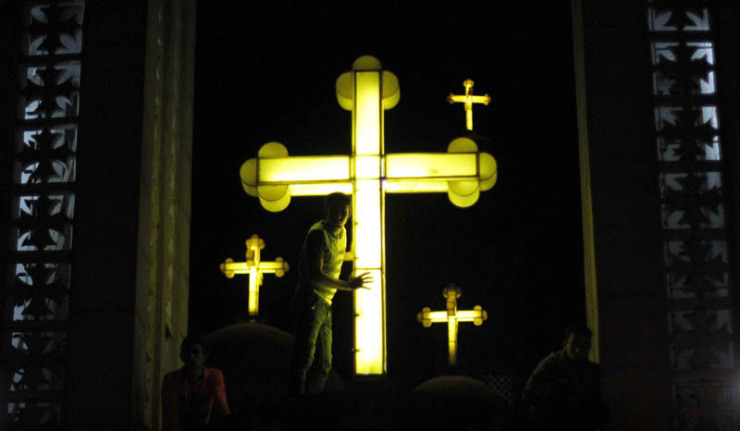 In 2013 Europe had a ceremonial celebration of the 1,700th anniversary of the Edict of Milan. At its time that document served as an important step towards turning Christianity into the official religion of the modern EU. However, that historic celebration did not stop those who are today convinced that there should be no place for religion in modern society. The latest scandal of the year was the firing of a Norwegian TV presenter this past November. The journalist was punished for showing up at work wearing a cross around her neck and refused to take it off. That is not the only such case in Europe. Such persecution is currently underway in practically all countries of the Old World. One of the main reasons for the growing phobia of Christianity is the total change of the view of the world and conscious abandonment of Christian values and rules, thinks Yuri Tabak, a specialist in religions:

“The last few decades have been tied to the process of final separation of the European values from the religious values. The secularization of modern Europe is going very fast. Its goal is to leave the religious values only for private, absolutely individual use by the people. A few years ago when the European Constitution was adopted, they seriously debated the issue whether the word God could be left in the document. Back then it was decided that the word God should not be mentioned in that document. In other words, the entire religious component, traditional for the many centuries of Europe’s development, back then was left out of the modern view of the world. That is why they are currently trying to take out all the religious symbols and referrals from use”.

The persecutors are no longer shy to demonstratively give up their spiritual roots, to adopt laws that contradict the biblical rules, to ban all mass festivals with Christian attributes and try to replace the traditional faith by a non-traditional one. A couple of days ago the Supreme Court of the United Kingdom officially accepted scientology as a religion. In today’s EU the cases when Christian churches and sacred objects are sold, desecrated or sometimes completely destroyed are taking place more and more often. With the silent consent of the European society about 200 unique ancient churches of Kosovo and Metohija have been lost. The Hagia Sofia, the famous church of Constantinople (now Istanbul) is also under threat. That grand cathedral-monument that goes back to the first centuries of Christianity might soon be turned into a mosque once again. With such an attitude towards the historic religion, muezzins’ call to prayer will soon be heard all over Europe. Pavel Svyatenkov, a political scientist, expressed the following concern:

“As the sacred place does not remain empty for long, the European Union is most likely in for islamization. Today Islam is actively spreading. Representatives of that religion come to Europe from Middle Eastern and African countries. However, I am convinced that with the current persecution of Christianity the conservative layers of society will start protesting more loudly. For example, the decision made by the French president François Hollande to make legal same sex marriages, which this year went through the parliament, caused great protests in the country”.

Not only secular politicians, liberals and atheists are to blame for Christianity leaving Europe, but also the followers themselves. Despite the fact that the rights of Christians are violated practically every day, many people are in no rush to defend them. The appeals to the European Court to restore religious freedoms are quite rare. Meanwhile, there have been several cases at the European Court of Human Rights when the fairness in the area of faith has been restored, says Philipp Ryabykh, a representative of the Russian Orthodox Church at the Council of Europe:

“At some point a woman from Italy tried to prove that the schools in the country have no right to place a crucifix on the walls. Initially the ECHR passed a decision in favor of the woman and enacted that the country’s authorities took down all religious symbols from state schools. But then the same court revised its decision and passed a different verdict. The decision protected the presence in schools of crucifix as a symbol of Christian culture and identity”.

However, the revision of the crucifix case became possible only due to the protests expressed to the ECHR by many countries, including Russia. By the way, the Moscow Patriarchy has repeatedly expressed sharp criticism of any demonstration of Christianity-phobia and has appealed to the European community with a request to protect Christians. In 2011 a special document was passed at the meeting of the Holy Synod, in which Russian bishops called upon the political authorities, social activists and scientists, as well as international organizations to apply maximum effort in fighting the persecution of Christians.