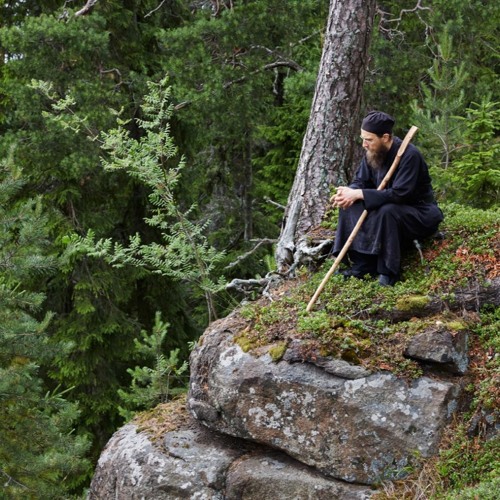 When people think about the vows that a monk or a nun takes before God (if they think about such things at all), three likely come to mind: chastity, poverty, and obedience. Such vows are quite striking, since in the modern world these three things are no longer generally considered to be virtues common to the life of all Christians, exemplified in monasticism chiefly by the degree to which they are put into practice. Indeed, to the world at large these three things, each in their own way, have become essentially anti-virtues. Celibacy, poverty, and obedience are no longer regarded as ideals to be esteemed, but as social ills to be eradicated.

But there is another vow made by monastics, a vow to practice a virtue that has gradually become lost to us so thoroughly (even to the Christians of the modern world) that it is scarcely thought about at all. If it is, then it is almost certainly never thought about as a virtue, nor as something with any moral or spiritual dimension to it at all. That vow is the vow of stability.

Therefore it might come as a surprise that this vow is not only given in the Service of Monastic Tonsure, but that it actually precedes the other, better-known vows. Immediately after the candidate declares his or her renunciation of the world, the superior asks: “Wilt thou abide in this Monastery or in that to which under holy obedience thou shalt be ordered, and in the ascetic life until thy last breath?” And the candidate answers: “Yes, God helping me, Reverend Father.” Only then does the candidate go on to give his or her other vows, and afterward to receive tonsure into the schema.

Why is this vow of stability — the vow to not only remain a monk or a nun, but to remain a monk or a nun in one particular monastery — considered so necessary to the monastic life that it is given before all other vows? Why should it matter if a monastic might wish to pursue their vocation in some other monastery at some point in the future? To those of us accustomed to the ubiquitous interchangeability so carefully engineered for the modern world, such dogged insistence on remaining in the same place for one’s entire life — come what may — might seem more than a little strange.

First and foremost, the vow of stability is the foundation stone of repentance. It allows the monastic to come face to face with the great truth that the roots of all the various troubles in our life are to be found not in our outward circumstances, but in our own hearts. By choosing to turn our backs on the easy promises of the “geographic cure” in all its varied manifestations, we force ourselves instead to turn inward, to confront the sin inside us that is the true cause of all our pain and loneliness and unhappiness, and to allow the light of Christ to gradually drive that darkness from our lives. Without such a vow, it becomes all too easy for us to blame this or that person or place or thing for our problems, and so to become trapped in an endless and fruitless effort to change our circumstances, rather than to change our hearts.

Even more than this, the vow of stability is the seed of true Christian love. In a world where even the closest human relationships all too often seem to have become more or less disposable, the monastic makes a solemn promise before God to remain in the same community, with the same people, until the day he or she dies. To live — all day every day — shoulder to shoulder with people whom we did not choose (and whom we may not even like) is not always a small or easy thing. But it is a path to a love far deeper and truer and more meaningful than even the closest worldly friendship can attain: it is a path to the love of Christ, to a love capable of seeing and serving and knowing the image of God in every single person that we meet. It is a path that our rootless, lonely, and atomized age needs now more than ever.

Someone asked [Abba Anthony]: “What must one do in order to please God?” The old man replied, “Pay attention to what I tell you: whoever you may be, always have God before your eyes; whatever you do, do it according to the testimony of the holy Scriptures; in whatever place you live, do not easily leave it. Keep these three precepts and you will be saved.”

-Sayings of the Desert Fathers

What Are We Waiting For?

And it shall come to pass in the last days, saith God, I will pour out of my…