The Greek Orthodox Archdiocese, the American Jewish Committee and the National Philoptochos Make Joint Contribution to Doctors without Borders in Greece

NEW YORK – The American Jewish Committee together with the Greek Orthodox Archdiocese of America and the National Philoptochos Society sent a gift totaling 100 thousand dollars to the Greek chapter of Doctors Without Borders (MSF – Médecins Sans Frontières) to assist this international organization with its humanitarian work in Greece. 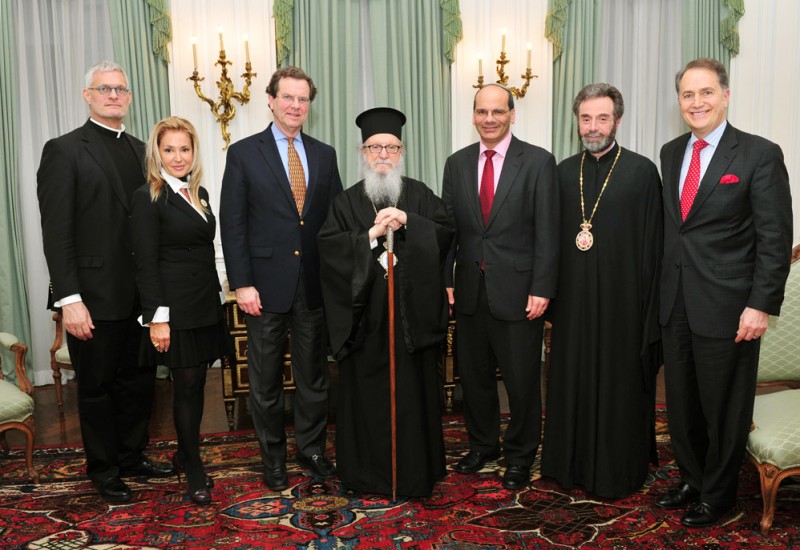 In a meeting at the Archdiocese headquarters with His Eminence Archbishop Demetrios, yesterday March 6, David Harris, the Executive Director of the American Jewish Committee and Rabbi Noam E. Marans, Director of Interreligious and Intergroup Relations represented the AJC, while Aphrodite Skeadas, National President, represented the National Philoptochos Society, the philanthropic arm of the Archdiocese. Also present at the meeting were His Grace Bishop Sevastianos, Chief Secretary of the Holy Eparchial Synod and spiritual advisor to the National Philoptochos; Fr. Mark Arey, Director for Inter-Orthodox, Ecumenical and Interfaith Relations for the Archdiocese; and Archon Andrew E. Manatos, on behalf of the Coordinated Effort of Hellenes, who played an instrumental role in arranging this cooperation between the Greek-American and the Jewish Communities.

This is a symbolic joint contribution of assistance of the Greek-American and the Jewish-American communities exemplifying their cooperation. The total amount of 100 thousand dollars consists of $50,000 from the American Jewish Committee, $25,000 from the Archdiocese Relief Fund for the People of Greece and $25,000 from the National Philoptochos. All three contributions were sent directly to MSF-Greece.

The meeting was also an opportunity to exchange views on many issues of concern to both communities and the challenges they face in the United States pertaining to education and faith and around the world in their pursuits of religious freedom, peace and reconciliation.