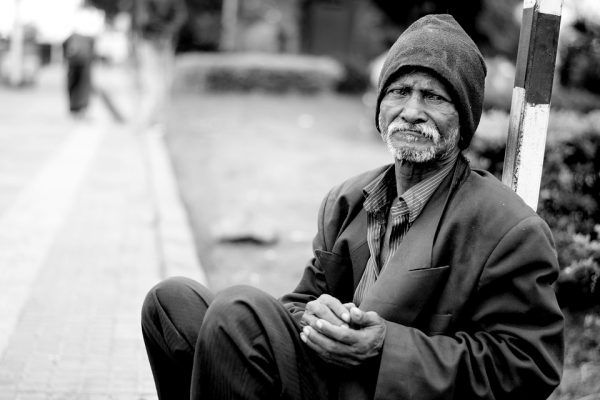 As many conservative members of Congress continue to press for cutbacks in programs such as food stamps, medical coverage for all, and housing subsidies for the poor and the elderly, all of which have been a lifeline for countless poor families, it would be prudent for us to examine the words of some of the greatest Early Church Fathers, spoken with the Mind of the Church, regarding the poor among us, and our responsibility to them as Christians.

Saint Cyprian (300 AD) said of the wealthy that their possessions were like chains,

“which shackle their courage and choke their faith and hamper their judgment and throttle their souls. They think of themselves as owners, whereas it is they rather who are owned: enslaved as they are to their own property, they are not the masters of their money but its slaves”.

Saint Ambrose of Milan (340-397) went so far as to say the making a gift of your possessions to the poor person was simply handing over to him what is his to begin with. Saint Basil of Caesarea (330-370 AD) said that the bread in our cupboard belongs to the hungry, and the coat hanging in our closet belongs to the man who needs it, and the money in our bank account belongs to the poor.

“Not to enable the poor to share in our goods is to steal from them and deprive them of life. The goods we possess are not ours but theirs.”

Instead of the tithes which the law commanded, the Lord said to divide everything we have with the poor. And he said to love not only our neighbors but also our enemies, and to be givers and sharers not only with the good but also to be liberal givers toward those who take away our possessions. Saint John Chrysostom even suggested that when we are weary of praying and do not receive what we’ve asked for from God, we should consider how often we have heard a poor man calling, and have not listened to him.

These are hard words to accept in an age of extreme wealth and extreme poverty, and where many political parties want us to blame poverty on the poor themselves, but if we are truly to take seriously the Lord’s charge that we love one another, the needs of the poor will be in the forefront of our Christian living. The temptation to say that the care of the poor is not the role of government is to betray our Christian responsibility to make sure our government enacts laws that follow the teachings of the Saviour, Jesus Christ. Putting a check in the mail once a year for a charity soup kitchen does little to help the family living on the brink, or the poor single parent whose children go without food. Putting a few bags of used clothing in a box for Good Will does nothing to lift a family out of poverty.

And giving ourselves the excuse that charity can only come from individuals or churches, but is not the duty of government, only excuses a whole nation of its collective duty, under God, to take care of all her citizens. Government, in the mind of the Church, must care for all her citizens, and not just in the role of defense against enemy armies. The Byzantine Empire took seriously the roll of government to serve the needs of all her people. This Orthodox Christian nation patterned her whole system of government in the image of our grace filled faith.

The Byzantine State practiced philanthropy, from the dedication of its capital in 330 to its collapse in 1453. The Byzantine State erected hospitals, established orphanages where orphans were not only housed and fed but educated. This Christian empire opened special institutions for lepers, and founded hospices and inns in various cities and on roads of the Empire to provide food and shelter for travelers.

One cannot draw a sharp line of demarcation between Church and State in the Byzantine Empire, for laws compiled during the reign of Basil I, defined the polity of Church and State and revealed the nature of Byzantium. It was one organism—a unity composed of lay and ecclesiastical members presided over by two parallel and equal authorities, the emperor and the patriarch. Both, therefore, must be given credit for the numerous philanthropic institutions which we encounter in the Byzantine Empire.

From the standpoint of Orthodox Christianity, a conservative must not just be anti-abortion, but proactive in making sure every child is provided for. A conservative Orthodox Christian must not simply be concerned for the welfare of the old woman in his parish, or for his own mother, but for all the elderly, regardless of their station in life, or their faith. A conservative Christian must be mindful of the sacredness of all life, and not just the life of the unborn.

Individuals and churches can not possibly meet the needs of the poor in any given society, for such holy work takes, by necessity, an entire nation. 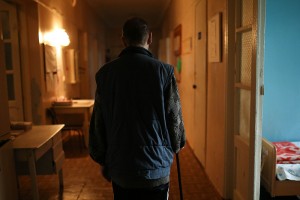 Have You Fed the Hungry Lately?
Priest Sergei Sveshnikov

At the Second coming of Christ, He will reward those who fed the hungry, visited the…