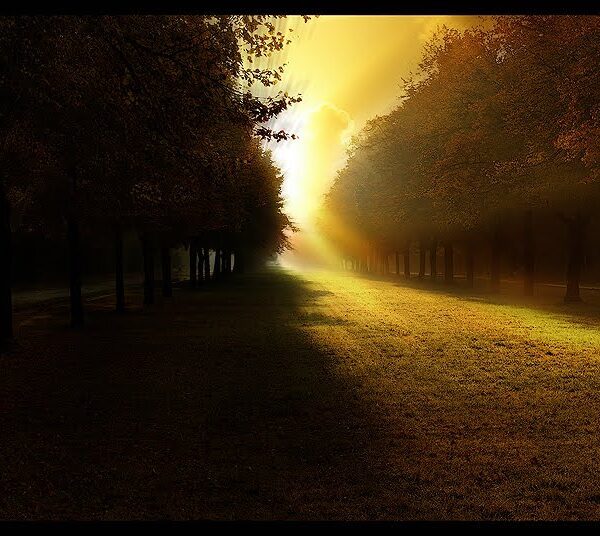 These days, wickedness makes us laugh and we enjoy it. Thriller movies and series featuring blood, violence, death, paranormal phenomena, demonic beings and monsters make the image of evil attractive. We’re used to it. It doesn’t bother us. The same is true of internet games. Because we have the feeling that the evil we see on the screen isn’t real, it doesn’t affect us. It’s virtual and we don’t actually live it, so it doesn’t matter if we enjoy it. And besides, whatever’s extreme stimulates our curiosity. And the entertainment industry increases the barbarity, the cruelty and the violence precisely in order to get our attention.

In the old days, what was illustrative of good always won out in the end. These days, even ‘good’ heroes have many dark sides to them. In the name of impartiality, everything’s permitted. There’s even the view that good doesn’t make any impression on people. It’s what we expect and want. But evil we can analyze, discuss and speculate about, because, fundamentally, we’re afraid of it. We have to find an excuse for why the world isn’t as we would like it to be. Therefore, the only way of making sense of this is that evil reigns. Only, it doesn’t affect us. We’re far removed from it. Wittingly or not, we ignore the fact that the architect of evil is a person. He’s the angel who used his freedom with a view to personal self-deification and the rejection of God. And he’ll exist until the end of the world, when he’ll be separated from angels and people, as weeds are sifted from the ears of corn.

In the ascetic tradition of our faith, there’s another dimension to evil which explains much. It’s the wickedness which starts out as a joke. It’s mockery of other people in order to belittle them for ‘fun’, for a laugh. It’s setting people up for a fall. It’s sick jokes. It’s the vulgarity which disparages the personality of others. It’s the feeling that you can flirt with evil because you’re in control; you can stop at any moment. It’s acting with others in order to make it seem that we have a common purpose. It’s imitation of actions that surpass all bounds, in order to demonstrate who we are, selfishly and controllingly. To show that we can. This most often happens in adolescence when young men and women don’t want to be less than their friends. They show off by trying to be clever just to be in with a particular group. And never mind if the group’s bad.

But evil gets the better of you. This is why we need to develop a moral conscience, which will mark the truth. It’ll show us that we’re not here to be clever or to control, but to love and to share. To respect and to love. And if we don’t have the strength to overcome evil, we should at least avoid justifying it. We shouldn’t think it’s unimportant. We shouldn’t submit to its virtual dimension. We should be aware that addiction is easy. And that submission to the evil one is then inevitable.

‘Deliver us from the evil one’. Vigilance and the quest for joy in love. And we can join any group through kindness, just as easily. If we learn to want it.

‘Lord, I am not worthy that you should come under my roof’. Self-esteem or self-knowledge? These are two…