The Judgment of God 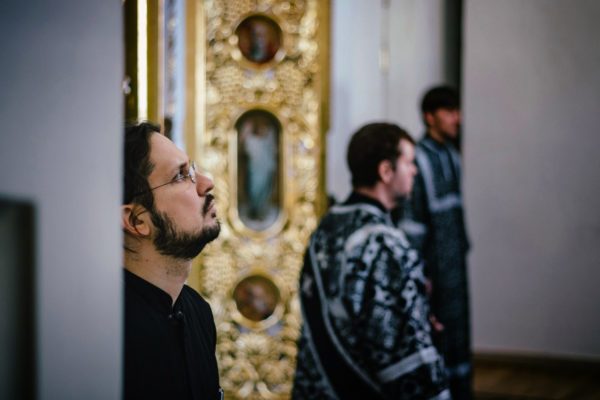 We meet three laws in this life. As soon as we appear in this world, even if our life is only one day, the first law we meet is the law of sin: ‘For who shall be pure from uncleanness? not even one; if even his life should be but one day upon the earth’ (Job 14:4-5). Then, we meet the law of death. Although there are many people who avoid thinking about death, this is the surest truth: our life will reach an end. Thirdly, we meet the law of grace, which has come on earth through Christ, and through the gift of Pentecost. Depending on how we position ourselves with regard to these laws in this life, they can determine our eternity. God created Adam and endowed him with what the Fathers call ‘noetic power’, wherewith he could see the Face of God and live in His presence continually. When Adam accepted the injunction of the enemy, his attention returned to his own self and the consequence of that was his fall: Adam was expelled from the place of the presence of God. In His great love, God attached pain and death to pleasure as a just punishment so that sin should not become immortal (see 1 Cor. 11:32). In fact, death is an act of the mercy of God. Therefore, Adam’s unjust pleasure of sin and his disobedience to God were followed by the just punishment of pain and death.

Ever since, because of the fear of death, man sought a false consolation in sin, and the more he sins, the more death creeps in his life. This vicious circle could be broken only by an unjust death, which we see in the Person of Christ. What is really astonishing is that He did not sin, but He voluntarily took upon Himself the fruit of sin, which is death. Only His unjust death could condemn our just death caused by sin. The Lord had to condemn death ‘in His very flesh’ (cf. Eph. 2:15) through the Cross, because in everything He does, His justice precedes His almighty power. God does not have justice, He has mercy. Christ identified Himself with man to such an extent that He took upon Him his death and abandonment by God: ‘My God, my God, why hast Thou forsaken Me?’ (Matt. 27:46). Only after His unjust death did He reveal His almighty power by offering to all of us a new birth, not preceded by sin. Before, suffering and death were just a debt we had to pay for our fallenness, but after we receive this new birth in baptism, when we carry our personal cross for the sake of the commandment of Christ, we are initiated into the great Cross of our Saviour. 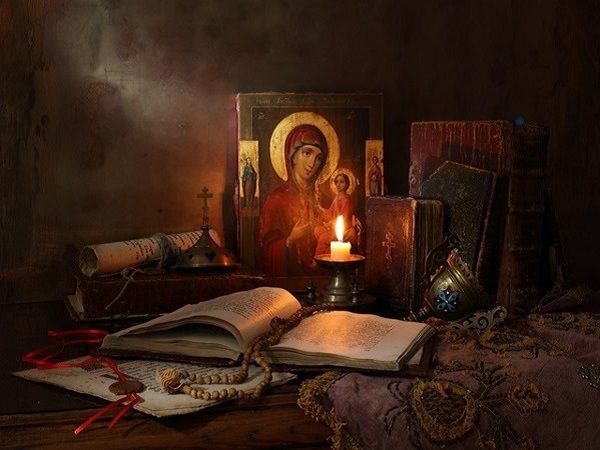 Saint Paul says that Christ condemned sin in His flesh (Rom. 8:3), whereas Saint Peter says, ‘Forasmuch then as Christ hath suffered for us in the flesh, arm yourselves likewise with the same mind: for he that hath suffered in the flesh hath ceased from sin’ (1 Pet 4:1). I mention these terms, death and sin, because this is the pattern Saint Maximus uses in his 61st epistle to Thalassius, where he explains in an ingenious way that in Adam our nature was condemned to death through sin, whilst in Christ it is sin that was condemned to death. God created Adam with the ability to delight in His presence in an ineffable way, but he turned this capacity towards physical sensations and sensory objects, and thus he came to know an ‘unjust pleasure’ that was contrary to his nature. ‘The unjust pleasure’ is Adam’s yielding to the suggestion of the enemy to become god without God. This is why Christ offered Saint Silouan the antidote of the unjust pleasure of Adam – the memory of hell, as the safest way to meet God.

Foreseeing the fall, God attached pain to the pleasure of sin as a chastising power, and so the law of death was wisely planted in our bodies in order to limit our intellect in its inclination towards sensory objects,’ writes Saint Maximus. The unjust pleasure was followed by a just suffering and thus we are unable to experience pleasure without pain. When God said: ‘If you eat, you shall die’ (Gen. 2:17), it was in fact an act of love meant to limit this madness of the human intellect. We know that we die and look at how humanity lives on earth – the law of sin rules over the world. Man lives as if he never died. Imagine if there were no just punishment through death. Man would simply perish in this madness of sin. After eating from the fruit of the tree, Adam first suffered a spiritual death, and then the bodily death naturally followed. So, the unjust pleasure was followed by a just retribution, which was suffering and death. We have sinned and the debt which we must pay is death, whereas in Christ there was no cause of death that required a debt to be paid.

Ever since Adam’s fall, our birth into this world is preceded by unjust pleasure and is therefore condemned to a just death. Absolutely no one is by nature free from a passionate birth conditioned in pleasure. Only Christ’s birth of the Holy Spirit and the Virgin Mary was free from sin. Every time man wants to avoid pain, he takes refuge in pleasure, and so the fear of death throws him even more into sin; the more he delivers himself to pleasure, the more death creeps in his life so that he cannot escape this endless circle of sin-death-more sin. Christ was born into this world without sin and He lived a sinless life. Therefore, He should not have died. However, He voluntarily took upon Him the consequence of sin, which is death, and in this way He vanquished death in His own flesh: ‘death by death hath He destroyed.’

The unjust death of Christ condemns our just death which we brought upon ourselves through unjust pleasure, and gives us ‘a just pleasure’, a just joy, which is eternal life, the restoration of the human nature and the accomplishment of the purpose for which God created man. Through His death, Christ freed man from the just death of his sin. He subjected Himself to death, transforming death into a potential of life and man’s weakness into a weapon for the destruction of sin and death. After the fall of Adam, death was the weapon with which sin destroyed man, but now, in Christ, death is the weapon with which He destroys sin. There is no other path: to live a Christian life means to take upon us death, the vulnerability of Christ. This is the reason why Christ offered death to Saint Silouan. ‘Keep your mind in hell and despair not’, in other words: ‘Do not be afraid to go down to the end, because that is where I am.’ Father Sophrony was confirmed by Saint Silouan about standing on the brink of the abyss of despair, and this is why he could then practice this science without a doubt, being determined to do it to the end. And we know that this is how human nature is really sanctified and becomes ‘other’, not ‘contrary to nature’ but truly natural, as God created human nature in the beginning.

Through His suffering, Christ restored our nature and gave us a new birth, which we all receive in our baptism and which, through pain, ends in the pleasure of the life to come. Saint Maximus makes here a very important point: Christ has conquered death and gave life eternal to all human nature in a general way, but the same judgment must be repeated in a particular way in each one of us. In Christ, we receive a second, spiritual birth, which is not preceded by sin and is given to us through Baptism. However, the grace of Baptism remains inert if we do not activate it in our life through repentance and the keeping of the commandments. The most perfect way to keep the commandments is by keeping our mind in hell, for then we imitate this judgment of Christ, conquering death through death. If we are truly reborn in Christ, the judgment of Christ must be repeated in our life, and His judgment was that He took upon Himself unjust death and suffering. If in our repentance we follow Christ going downwards, our suffering is assimilated into His suffering and He makes our cross His Cross, rendering to us His glory. That is why Saint Peter says: ‘If you suffer because you transgress, what glory is that? But if you suffer unjustly, there is great glory’ (1 Pet. 2:20), ‘ye shall receive a crown of glory that fadeth not away’ (1 Pet. 5:4).

The judgment of the Son of God was the fulfilment of the commandment He had received from God the Father. Similarly, when we endure suffering for the sake of the commandments of the Lord, then the judgement of the Son of God is also repeated in us. This is why the Fathers of the Philokalia tell us that he who has received a commandment and fulfils it, mystically bears within himself all the Holy Trinity. Then, our own pain and suffering can also become a condemnation of death. If we understand this principle, we will never suffer from despair in our life.