When I was studying in my youth with French monks, we were told that there is a particular judgment at death and a general judgment on the last day. At that early point, I was continuing Orthodox instruction and I did not come across this duality in it, so I said to myself that there is only the general judgment, and I feared it.

After this, I learned that the Eastern Church says that after death you realize your situation before God. You are in a state of waiting for recompense; if you are not weighed down by sins, this is the beginning of joy, even if it is not total beatitude. During this, you await final retribution, and if you bear many sins this is part of the punishment.

Then, in my old age, I came closer to the idea of the particular judgment, though I did not adopt the expression itself because my Church does not use it. Of late I have become convinced that the hour of death is an hour of encounter with the Creator and that this encounter is terrifying because you appear before Him with the weight of your sins, which are incompatible with the nature of the Lord. You feel that this meeting is part of your eternal destiny, even if God announces His mercy at the beginning of your meeting with Him and at the end.

It does not seem right to me that you have a prosecution that determines your eternal fate. That God is a judge, this is an image from our Holy Scriptures, as these books tell the story of humankind with God starting from the beginning. But the greater story is in the meeting immediately after your departure from this earth. The image that I use is of Christ coming to your side in the coffin and speaking to you in a whisper, a whisper of rebuke. Perhaps Jesus was gentle in the meeting, but in obedience to His Father, sin cannot be minimized with Him because it wounds His Father’s compassion toward you. You undertook nothing to mend the Father’s wounds. You remain an enemy through sin and the Father still holds you to His breast or the Son places you on His breast and the Father sees this and has compassion without setting aside His blame for you because if He set aside blame, then He would be biased towards you and not towards His law.

It is only through His law that you are able to advance, because you cannot relish sin and remain close to Him. Your closeness is through your own spiritual splendor, because the Lord does not have one clique that He draws close and another He pushes away. If you are His then you become of Him and He sees Himself in you, because if you become pure you become His mirror and the Lord by His nature loves to see Himself in you. He always asks you if you have accepted Him, even though He knows whether you are with Him or have strayed far from Him, seeking to rise up on your own, making your pride your abode as you place God in a far-off house. Your entire story with God is whether or not you put Him towards you. If you put him far away– which is what we do in sin– you remove yourself from true existence in order to create for yourself an existence that tricks you, placing yourself in delusion. Sin is what made you think that you exist by your own power, not through the power of your Lord; it is what makes you far from Him, searching after a deceptive mirage.

The whole story is whether you are a guest of the divine being that is within you or a guest of the passions that you manufacture for yourself out of your fear of God. Are you a person of fear or a person of trust? Are you fixated on yourself and the deception nesting within you or are you cast into the Father’s bosom, forgetting your own pleasures and luxury so that you can feel that you have become a son– that is, living on this earth the kingdom of God that comes down upon you through the loving-kindness of the Father?

If you believe in His loving-kindness, it will turn your eyes toward Him and you will realize that you are present in His looking at you. If you lock onto this look, it will make you search your heart, according to the Orthodox expression, or search your conscience, according to the Western expression. Blessed are you if you see God in your heart and you see Him moving the pulse of the Spirit within you and He remains in your soul after the body is extinguished.

If some people talk explicitly about a particular judgment, I say that every moment of our life is a particular judgment if we are aware, in the sense that our spiritual awareness constantly causes us to stand before the presence of God. So we see that our sins afflict us and that separation from Him is death. Every sin is a death, and without coming close to Nietzsche except in expression, I say that the death of sin is the death of God. How hideous is the existence of one who kills God within himself without even knowing that by doing this he removes himself from true existence and erects the Hell of flame within his soul before the demons seize him, if he does not repent.

For the sinner, repentance means for him to discover that his behavior was sinful and that his entire opinion about God was erroneous, because he imagined for himself that sin is not sin and that it is necessary for life. Perhaps he did not strive to preserve God within himself or, beyond this, even considered himself capable of preserving his own being apart from God’s being.

A sinner not only deviates in his behavior. He deviates in his thought, in the sense that he has erroneous thinking. Repentance is to remove from yourself this thinking, so that you may have within yourself the mind of Christ Jesus, as the Apostle Paul says, or something similar to this expression, if you are not of Paul’s religion.

Lord, save us from sin and draw us near to Your face, so that we may live. 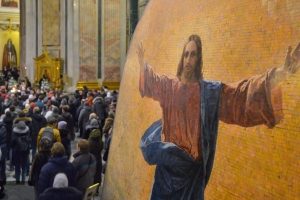 The Last Judgment – What Is…
Archpriest Vincent Saverino

Today is commonly known as Meatfare Sunday, the last day to eat meat before Pascha; it’s… 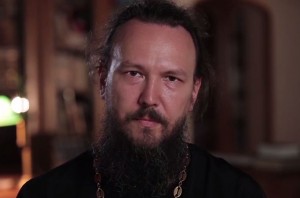