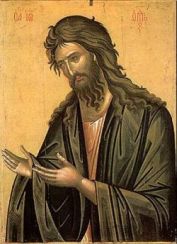 In life, we have often forgotten that the things that are most important are often the most trouble, require the greatest work, and demand the most sacrifice. This is true with children. It is also true of marriage, career, and most of all it is true of spirituality.

If I had to point to the one great flaw of our great American nation, it is that we have forgotten somehow the precious value of sacrifice.

When I talk to some of our youth group members, most often they talk of their dreams to make something of themselves. A noble desire.

A few years ago, I had a young teenager shared with me an essay in which he wrote in barely legible handwriting and with grammar that was poorly constructed, “Someday, I hope to be somebody. I want to be an NBA star and play basketball and make commercials. But, I know this will be hard and I might not make it. So if I can’t get into the NBA, I might just be a doctor instead.”

Now, we can laugh or smile at those naive statements, but the sadness of that essay is that this young man did not see the need to learn how to sacrifice. He would play basketball, but only for the joy of it. There is nothing wrong with that, of course, but if you want to play on a team, you have to offer something for sacrifice. You have to devote hours to practice; you have to submit to the directions of the coach; you have to exercise your body. He did none of that. And, as for the idea for just being a doctor, the grades were not there – not because he did not have the ability, but rather, because he did not make the appropriate sacrifice and devote himself to study.

Many people would like to win the lottery. Come to think of it, who wouldn’t want to win the lottery? But, the problem with that desire is that it is symptomatic of how we no longer want to make the sacrifice. The lottery enables us to dream of becoming wealthy without making any sacrifice, or taking any risks.

However, sacrifice is central to the Christian experience. Jesus, in fact, is the great sacrifice made for our behalf. In the Gospel of St. John, we read: “This is how we know what love is: Jesus Christ laid down his life for us. And we ought to lay down our lives for our brothers and sisters.”

In today’s Gospel lesson, it is John the Baptist who is the first to introduce Jesus to the world as being the Messiah. John could have called Jesus many things, including Messiah, Christ, Son of God, Savior. But what John calls him, is “Lamb of God.”

To call Jesus “the Lamb of God,” is to call Him something that is not so clean and tidy as “Son of God,” or “Savior.” Because it realizes that things in life that matter most come with a cost. In the things of life that matter, we have forgotten the value of sacrifice.

John the Baptist was probably remembering the stories from the Old Testament when he looked at Jesus and said, “Behold, the Lamb of God.”

Most of all, he may have been remembering what the prophet Isaiah had said about the coming Messiah, “He was oppressed and afflicted, yet he did not open his mouth; he was led like a lamb to the slaughter.” (Isaiah 53:7)

Perhaps the reason many marriages fail today is that we have lost the willingness to sacrifice for others, even our spouses. It is the same in friendship, our career, and even our church.

In the wedding service, men and women take vows “to love each other for better and for worse, in sickness and in health, in plenty and want.” That is what they say, but that is not what they mean. So often, the vows in their heart are not those that are on their lips. Their wedding vows are simply to love each other, for better, and that only in health, and in wealth.

Life without sacrifice is without meaning. And, love without a cost is worthless. Nevertheless, sacrifice is central to the meaning of the Gospel. As the first letter of John says, “This is how we know what love is: Jesus Christ laid down his life for us. And we ought to lay down our lives for our brothers.”

Love demands sacrifice. Jesus Christ is the Lamb of God. He has paid the ultimate sacrifice in his love for us. Cannot we therefore learn to make some sacrifices for him and for his children around us? Amen

You for example, you chose to come to this church you could save someone else's soul. I call…