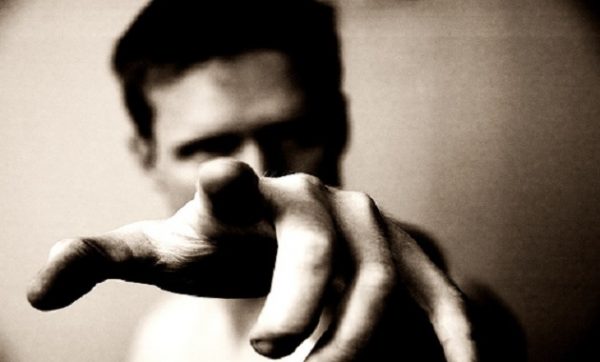 Saint Dorotheos of Gaza has a discourse on Refusal to Judge our Neighbour, in which he deals with this problem, saying that it is perhaps the most difficult sin to deal with. He points out that the Pharisee (at Luke 18, 9-14) was obviously not condemned for giving thanks to God, nor for the good that he did, but because he held others, particularly the Publican, in contempt. Because he was, in effect passing judgment on other people. Dorotheos goes on to say: “Why don’t we, instead, judge ourselves and our own wickedness, which we’re well aware of and concerning which we’ll have to render an account to God? Why do we usurp God’s right to judge? Why do we call into account His creature, His servant? … An angel brought [Isaac the Theban] the soul of someone who had fallen into sin and said to him: ‘Here’s the person you judged. He’s just died. Where do you want me to put him, in the Kingdom or into eternal punishment?’… The unfortunate elder, who was terrified, spent the rest of his life praying with sighs, tears and great labours, to be forgiven this sin”.

He expands his theme by saying: “Why are we so ready to judge our neighbour? Why are we so concerned about the burden that others bear? We ourselves have more than enough to be concerned about, since each of us has their own debt and sins… And if it should happen that someone has, indeed, fallen away, how do you know how much and how well they fought, how much blood they sweated before they did it?… You may well know about the sin, but do you know about the repentance?”

As Tolstoy says in War and Peace “Tout comprendre, c’est tout pardoner (To understand everything is to forgive everything). He also has a short story called “Бог правду видит, да не скоро скажет” (God sees the truth, but does not tell it quickly), in which a man is sent to prison in Siberia, having been wrongly convicted on the basis of circumstantial evidence.

There is a story in the same vein in the Ευεργετινός (ΙΙΙ, 1,) which tells of a young man who abducted a young nun and made off with her to Constantinople. When the patriarch heard of this, he was beside himself  (“worried to death”, as the text has it). Some time later, he was discussing the event with some of his clergy, who condemned the man for causing the loss of two souls, his own and that of the young nun:

“The patriarch silenced them and said: ‘Don’t do this. Take it from me that you’re committing two sins here. On the one hand, you’re breaking the commandment that says “Don’t judge or you’ll be judged”, and on the other you don’t actually know whether they’ve yet sinned, and haven’t repented.

I read in the Life of some saint the following story. Two monks went into a town for their own purposes and, as one was going past a place, a harlot called out to him: ‘Save me, father, as Christ saved the harlot’. Without considering people’s condemnation, nor the fact that he would become a laughing stock, he said to her: ‘Follow me’. And so saying, he took her by the hand and led her out of town, in full view of the public. Word then spread that the abba had taken Porphyria- this was her name- to be his wife. The two were on their way to settle the woman in a monastery when, in a church, she found a child cast down upon the ground, so she took it with her to raise it. A year later, some people turned up in the town where Porphyria, the woman who’d been a harlot, was living with the abba and, seeing her with the child, said: ‘Really, that’s a nice little monk you’ve given birth to”. She hadn’t yet taken the monastic habit. These people then returned to Tyre, which is where the monk had taken her from in the first place, and spread the word that Porphyria had given birth to the monk’s child. ‘We saw it with our own eyes. The monk’s despicable’.

By divine enlightenment, the monk saw that his end was nigh, so he said to Sister Pelayia- the name Porphyria had been given at her tonsure- ‘Let’s go back to Tyre, I’ve some business to attend to there and I’d like you to come with me’. She could hardly object, so she went along with him and both of them arrived with the child, who was then about seven years old. Immediately the word spread: “Porphyria the harlot’s here with her husband, the monk’. The monk fell ill and, when he was on his deathbed, he asked for lighted charcoal. By God’s providence, there were about a hundred people visiting at that time, all from the city. The censer came, full of hot charcoal. He emptied it out onto his stole and said: ‘I swear by God, Who preserved the bush unburnt by fire, that, as my stole has not caught fire from the charcoal, neither have I, since the day I was born, sinned with a woman’. They were all amazed that the stole hadn’t burned and glorified the Lord Who has hidden servants.

Following the example of Sister Pelayia, who had once been Porphyria, other harlots also renounced the world and withdrew to her monastery. When the servant of God who had tonsured her realized this, and after everyone had learned that he was innocent, he peacefully surrendered his soul to the God.