Source: Valahia
My dear ones, I repeat: we are responsible for all the mistakes that are done in this world – we are personally responsible for them, every one of us.
Archimandrite Arsenie (Papacioc) | 26 June 2015 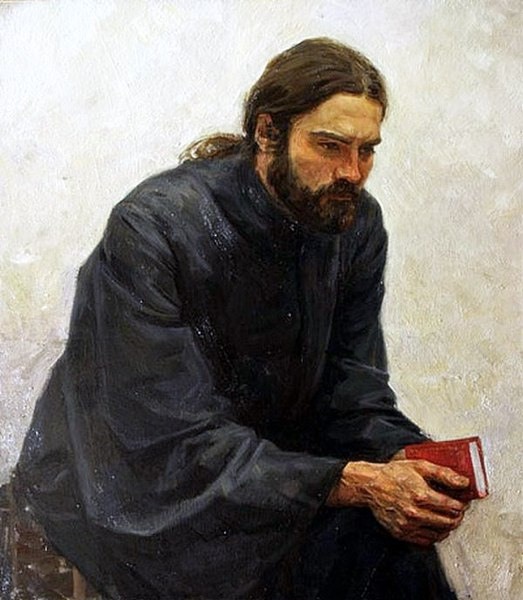 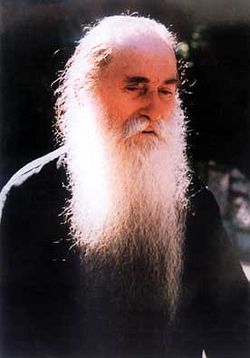 Criticism is allowed, but passing judgement upon priests isn’t. As the saying goes, to criticize someone or someone’s work is to put a wreath upon it [and that is a good thing]. But to judge a person belonging to the clergy, to judge in a context where everyone tends to criticize precisely because the clergy are the ones who emanate the power and Grace of God and everyone points at them all the time… well, let us not forget they are human, too. Moreover, they have the possibility to save themselves more easily than you, because they have the Grace and the Church mysteries and works/duties than have been given to them — and last but not least, they must have some conscience, too!, don’t you think?

And let me tell you this – no clergyman becomes so without the will of God. God directs such a person’s life.

But we are going back to our earlier point: we tend to criticize everyone else but ourselves!

Think about it – when you go up there and meet Christ and it is shown that you judged the priest – that he did that instead of the other, or whatever. Things of that sort… so what you did was to judge the priest’s deeds and movements through life and that is a big mistake.

I’m telling you this once again: no matter what sort of cup you drink your wine from – whether it’s crystal or pottery, it’s still wine that you’re drinking. One drinks wine from the Holy Chalice, which contains the Holy Blood and Body of our Saviour. Because it is not the priest’s worthiness that is responsible for the wonderful transformations that take place then, when the wine changes into the Holy Blood and the bread into the Holy Body of Christ — but God’s Grace!

So, whether he is worthy or unworthy, the priest’s work depends on Grace, not on anything else. So don’t rush to judge him, because you’re making an enormous mistake. And here I must get back to a previous question – you should not judge anyone, not even some terrible murderer – let alone a priest! Why should you intrude in his life so! You will be condemned much more seriously because of that. You have come to Christ? Pray to Christ, to help him.

My dear ones, I repeat: we are responsible for all the mistakes that are done in this world – we are personally responsible for them, every one of us. There. So we must have this attitude of sacrifice. Because the Mystery of man’s salvation, for everyone of us, is carried out on the Cross. What we should understand from that is that the Cross is the earth’s greatest gift, of the greatest utility.

So what should your “sacrifice” be? Sacrifice your judging the other one because of some mistake s/he has made. And if you go as far as judging people within the Church wherein dwells the Grace of God and you judge the priest, you are making a terrible, terrible mistake! Make it a habit, all of you, to see Christ when you look at the Church, because there’s a prayer that the priest reads before the Heruvikon, which goes like this: “because You are the One Who brings, the One Who brings Yourself, the One Who is received, and the One Who is shared.” So what is the priest if he is in charge with such things? …It’s like… “Yes, but without you, my priest, I cannot do these things”, Christ replies – not without the Grace of priesthood. And, ok, maybe that guy isn’t a terribly sophisticated person, as a priest, but he does have the Grace, and that is a divine thing. So you condemn yourself terribly if you judge him. He is responsible for his deeds; but you, on the other hand, you will be held terribly responsible for your deeds and his deeds, too, because you have judged him.

There was this great hermit who one day, received the visit of a believer from his village, who had come to see him in the wilderness. In the hermit’s village was this very sinful man. The hermit asked the visitor: “Has that X fellow changed his ways or he’s just as I used to know him?” The man answered: “He hasn’t changed, Father.” And the hermit uttered only an: “Oh!” The next day, an angel came to the hermit and asked him: “God has sent me to ask you: where should He put the soul of that man, who just died last night – in Heaven or in Hell? Because you have judged him.” The hermit lamented and repented for the rest of his life to receive a sign of God’s forgiveness and still had none. And the man that he had judged had been a big sinner indeed! But he had judged him.

“God, please, have mercy for him. God, please protect him.”, he should have said instead. I repeat and I stress this, and please forgive me for being repetitive: WE are guilty for the other people’s mistakes. The whole tragedy of humanity depends on the mess in our own lives.

Because if one talks about love, it’s love! There is no going around it. Look at things as they truly are. It’s like: I am a human being, with hands, fingers etc, there is no question about it whatsoever. With a heart, too! One cannot go around these things. The Christian teaching is about the integrity of the human being. So we are not to negotiate a whole series of things that can pull us behind – or stall our lives. I’m telling you – this judging of others that we do is so serious that (I think I have written it somewhere, too) I believe that most of the souls who are in hell are people who have badmouthed others. They all excuse themselves by saying: “But I’m not the only one who badmouths.” or: “Doesn’t s/he deserve to be judged?” No. If someone is guilty, you, too, are guilty for his guilt, because you haven’t prayed for him – and, of course, if you have judged him, you have made an even bigger mistake.