The Nativity of the Most Holy Theotokos: Becoming Living Books of the Pre-Eternal Word 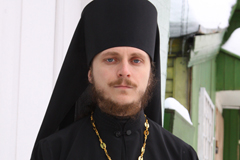 Today we celebrate the Nativity of the Most Holy Theotokos. On this day our Church commemorates not only the Mother of God and her glorious Nativity, but also the path followed by mankind to meet this holy day.

The Remnant of Israel

This was the path followed by Adam and his descendents when they returned to God in repentance.

The Righteous Enoch, who ascended into heaven, as later did Elijah.

Noah, who denounced the vices of the people by his preaching, calling them to salvation, that they might pass through the waters of the flood to new life. They did not follow him, but Noah himself – as we know – did built the ark, which landed on Mount Ararat, through which mankind continued its path in this world.

Abraham, who heeded the voice of God. He cast about in a pagan land, where everyone worshipped idols, but sought God himself, following Him into the Promised Land.

Moses, who led the people out of Egypt. He communed with God; when he descended from Mount Sinai, his face shone with Divine light. 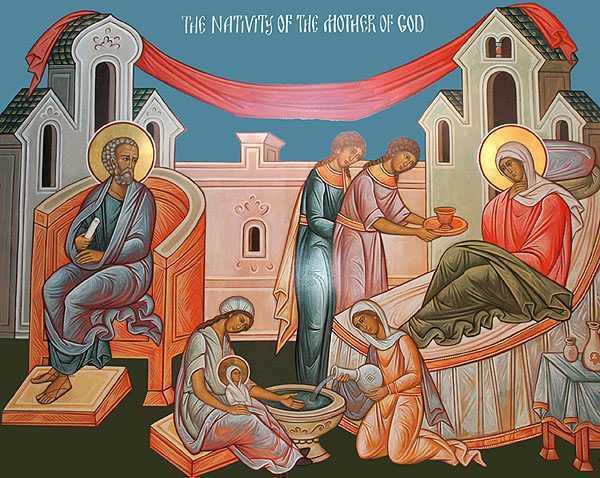 As a result of this Old Testament righteousness – which was present, incidentally, not only inside Israel, but also outside it (for example, in Melchizedek, who blessed Abraham, who he had no ties of kinship with him, but also walked before God) — and the fruit of the labor of its heart, and the cultivating of its land, was the coming into the world of the Virgin Mary, in whom the Lord found a place for Himself.

Each of us has our own meaning and purpose. And in the Virgin Mary, the Word of God Who created the world found a place that He had not found in Eve, who had once acted contrary to His will. She herself gained access to the fruit of the knowledge of good and evil, which she shared with Adam, thereby admitting corruption, decay, and death.

Those who went against this law of death and corruption – who rebelled against the devil and enslavement to sin – were like a small branch cut from this bush of mankind and then transplanted through an operation (the flood) to a new land. The bush itself was flooded by the waters, just as a gardener cuts a rare sort of currant from the top, transplants the cutting to a new place, and burns up the bush. So too did the Lord destroy the part of humanity that was hopeless for eternal life. The Virgin Mary was given the opportunity to bring salvation into the world. All these people took a different path than that of Eve. They strove to fulfill the will of God and, fulfilling it, to bring mankind to that plan that He had prepared for them.

The Mother of God comes into this world as a child of promise.

Her parents, Joachim and Anna, were censured by the Jews for not having children – and therefore they would be erased from the history of salvation, for they did not have any hope to participate in the history of humanity. It is to them that the Virgin in born. They vowed that, when they would bear a child, they would dedicate it to God…

We celebrate the Nativity of the Mother of God, because in her the Lord finds a place for Himself. As St. Gregory Palamas explains, the Word of God was not just the law for the Mother of God, the Virgin Mary, but could Himself become incarnate and become man, taking on human nature cleansed from sin through her ascesis, her prayer, and her meekness and self-control.

The Living Book of the Pre-Eternal Word

Nicholas Cabasilas, a contemporary of Gregory Palamas, says that the Mother of God became a living book containing not only the Law, but also the Lawgivers. He says that she gave us not only what we had lost in Adam and Eve, but that God gave us something even greater: something that Adam and Eve did not have. But if the Lord had not found the first in the Virgin Mary, He could not have found it in the second.

When we celebrate the Nativity of the Most Holy Theotokos, glorifying the Mother of God along with her parents, we understand that we are also called to offer a particular gift to God: our own heart. Laying aside our own sins and passions, let us become real and genuine. For it is because God will be born in our hearts – in the daring words of Symeon the New Theologians, so that we ourselves would ascend into the order of the Theotokos – that our life might be permeated with the light of Christ and that others might attain the Kingdom of God and eternal life through us. Amen.

Prepared  by Maria Senchukova. Translated from the Russian.

Most viewed articles
First Church in the Antiochian Archdiocese Named for St. Xenia of St. Petersburg Prepares for Feast Day284
Patriarch Kirill: Not Only People, But Churches Too, Can Depart from God161
My World’s Different104
Patriarch Porfirije of the Serbia: Our Position on the Church Issue in Ukraine Has Not Changed89
Brooklyn Street Co-Named for Antiochian Pastor Who Served a Half Century There87
Thoughts on Theophany and Revelation76
Metropolitan Hilarion: the Church and traditional confessions have done everything possible to improve the situation in Kazakhstan73
A Christianity of the Catacombs65
Archbishop Makarios of Australia: ” the Great privilege of the Orthodox Church is that we live in communion”20
4-400×6001
Most popular authors
Pravmir.com team627
Protopresbyter Themistoklis Mourtzanos104
Peter Samore87
Elissa Bjeletich76
Archpriest Lawrence Farley65