On the Birth of the Mother of God 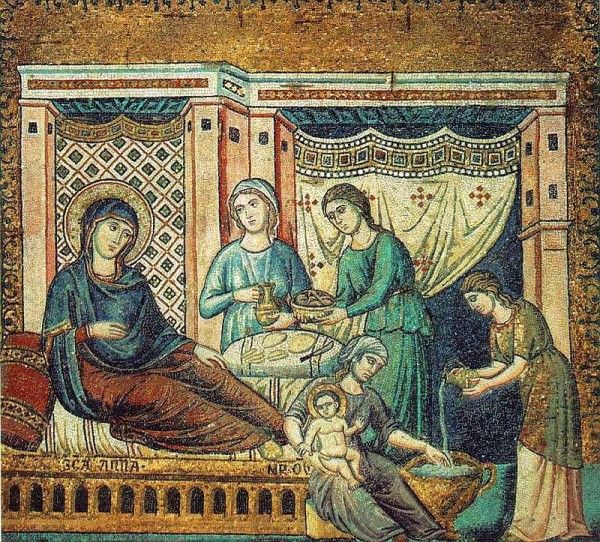 I should like to say a few words about the greatness of this feast. When a man surveys this world in which we live, which is so vast, seemingly boundless, and looks at himself in it, he feels very small and insignificant. And if he adds to this the hardness and coldness of men, he may sometimes feel extremely vulnerable, helpless and unprotected both before people and before the terrifying vastness of the world.

Yet at the same time if a man looks at himself not in relation to his surroundings, but goes deep into himself, he will there discover such an expanse, such depths, that the whole created world is too small to fill it. Man sees the beauty of the world — and the vision does not completely satisfy him; he learns an enormous amount about God’s creation — and the knowledge does not fill him to the brim. Neither human joy nor even human sorrow can completely fill a man, because in him is a depth that exceeds everything created; because God made man so vast, so deep, so limitless in his spiritual being, that nothing in the world can finally satisfy him except God Himself.

Today’s feast of the Mother of God demonstrates this fact with particular beauty and splendour. She so believed in God, She gave herself to Him with such a pure mind and pure heart, with an unwavering will, with the purity of her virginity and life, such that she was granted to say the name of God perfectly, with such love that the Word became flesh and God was made man in her.

Through this we are shown that not only is the soul, the inner being and spirit of man, so created by God that it can contain the mystery of a meeting with the living God, but that even the body is so made that in an unfathomable way it can be united with the living God. Indeed, according to St. Peter we are called to become partakers of the divine nature; according to St. Paul our vocation is to become temples of the Holy Spirit. The whole of the New Testament teaches us that we are the Body, the living tremulous Body of Christ, through baptism and through Holy Communion. How wonderful this is, and therefore with what reverence must we regard not only our immortal soul, but this body of ours which is called to rise again, to enter the Kingdom of God and be glorified, like the body of Christ.

In the XI century St. Simeon the New Theologian, one of the greatest saints of Mount Athos, wrote one day when he had returned to his humble cell after receiving Holy Communion, words to this effect, “I look upon this corruptible body, upon this frail flesh, and I tremble, because by partaking of the Holy Mysteries it has been permeated by God, it has been united with Christ, it is overflowing with the Holy Spirit… these powerless hands have become the hands of God, this body has become a body that God has taken possession of.”

Consider what has been given us not only by our faith, but by the sacraments of the Church; the immersion in the blessed waters of baptism makes us particles, living members of Christ’s Body, the annointing with holy chrism is not only the visible seal of the Holy Spirit, but makes us the temples in which He dwells. When the bread and wine which are offered by our faith and love to God are consecrated, they become incomprehensibly and mysteriously the Body and Blood of Christ, and this created matter partakes of Christ and imparts to us, who are incapable of soaring to God in spirit, the divinity of Christ, which saves and transfigures us in soul and body.

This feast of Nativity of the Mother of God is the time when, we remember the birth of the one who for the sake of us all, for the whole human race, was able to show such faith, to surrender so absolutely to God, that He could become Man through Her, and bring us these manifold, unfathomable gifts. Glory to her humility, glory to her faith, glory to her love, glory to God Who was incarnate and to the Virgin Mother of God, the worthy vessel of the incarnation of the Son of God, Christ our God! 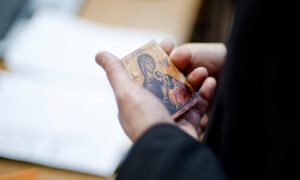 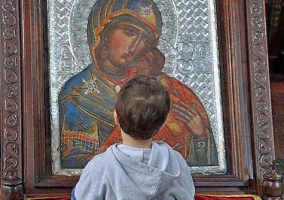 The Church often refers the Mary as the Living Temple of God because, like the temple…

The Silent Song We Need To…

Music has its own “music.” There are the notes written on a…

The Lord Has Bound Us to…

Homily on today's Gospel reading by Metropolitan Hilarion, Chairman of the Department for…

While I was changing the altar covers to Red this week, signaling…

Most viewed articles
Cowardliness In The Spiritual Life207
Nativity Fast Begins: How Can We Prepare for Christ’s Arrival?118
“Prepare o Bethlehem!”84
Russian Church Launches “Bus of Mercy” Campaign to Help the Homeless in Ufa61
The Lord Has Bound Us to One Another By the Thread of Holy Love60
The Silent Song We Need To Hear27
Most popular authors
Archpriest Michael Gillis207
Virginia Nieuwsma118
Fr. Gabriel Bilas84
Pravmir.com team61
Metropolitan Hilarion (Alfeyev)60
Archpriest Stephen Freeman27