Source: Pravmir (Russian)
Residents are against it, but it is the only Zlatoust hospital that has oxygen distribution system in the wards.
Alexander Oleksyuk | 10 November 2020 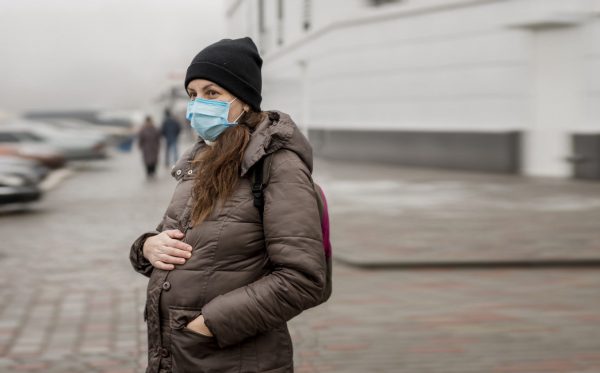 Residents of Zlatoust, a city in the Chelyabinsk region, wrote a petition in defense of the city’s perinatal center, which the regional Ministry of Health had converted into a COVID-19 hospital. Their opinion is as follows: the epidemiological situation is really tense, there are a lot of coronavirus cases. Yet, what should the women in labor do?

Zlatoust is the third largest city in the region with a population of more than 160 thousand people. Women from different parts of the region were sent to the local maternity hospital built in the middle of 2000s, as it had a strong technical base for the most severe cases.

Now, future mothers are taken to the maternity wing at the city hospital №2 of the neighboring Miass, which is also a large city with a population of 150 thousand people and is located 40 kilometers away from Zlatoust. This decision of the authorities caused a storm of protest, primarily among the residents of Zlatoust.

“People suggested other options for arrangement of infectious disease ward to the Ministry of Health of the Chelyabinsk region. But the resident voices are not taken seriously, which suggests that the optimization of healthcare now continues at the expense of maternity hospitals in small cities”, – write the authors of the petition published on Change.org.

We understand the difficult situation with the increase in coronavirus cases. However, why should it be solved at the expense of the health and lives of children and mothers?!”

“Road of death” and an UAZ van 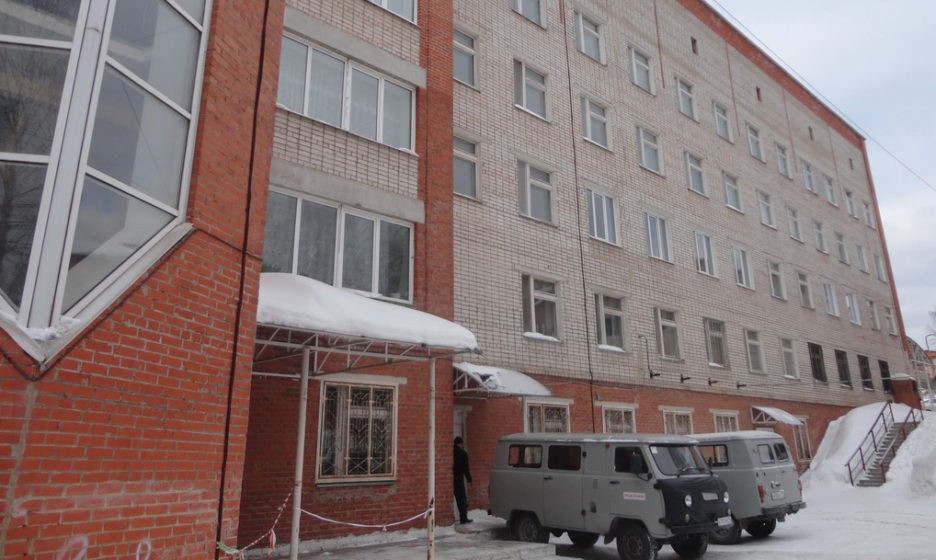 The M5 Federal highway runs through the Ural industrial zone, which in addition to Zlatoust and Miass includes other cities of the region: Satka, Katav-Ivanovsk, Bakal, Sim, Ust-Katav, and Yuryuzan. In the winter, the highway causes headaches in drivers due to ice. It is even called “the road of death”.

The abundance in sharp descents, ascents, and turns makes the route very dangerous, and cars get literally stuck in a multi-kilometer traffic jam often. These situations happen every winter. According to local residents, if a woman in labor finds herself in such a situation, there is a risk that she will have to give birth on the route.

— Here, the perinatal center in Zlatoust has all the equipment and an intensive care unit. What do they offer us? There is no children’s intensive care unit in Miass. And you still need to get there. How can you do it in the winter when there is traffic on the route? Trucks with snow chains get stuck on the road, there is no way you can drive around them. What to do then? Call for a helicopter from the Ministry of Emergency Situations? They did not think it through, although they had heaps of time to do that since March, – says Anastasiya Chernogorlova, a resident of Zlatoust.

In addition to road problems, residents were concerned about transport in general. Who and what cars will drive women to give birth if there are already not enough ambulance cars in Zlatoust?

Kristina Astapenko was taken from Zlatoust to Miass to give birth on October 10. According to her, she was taken to Miass maternity hospital on an old UAZ van which broke down on the way.

— My wife already had contractions when she was taken from Zlatoust to Miass. The car was driving with great difficulty (there are steep ascents on the road, old cars can hardly drive up them. – Ed.) and broke down near Miass, – says Maksim Astapenko, Kristina’s husband.

— The car was completely unprepared for transportation of patients, and especially women in labor. The car had wooden seats.

I believe that such transport should have been written off a long time ago. Thank God, we managed to get to the hospital, my wife safely gave birth to a girl.

Maksim Astapenko mentions that the meal service in Miass was very bad. “My wife gave birth to our first child in Zlatoust, where everything was much better. Although I want to note that doctors were attentive to my wife”, – the father concludes.

Protest at the maternity hospital doors 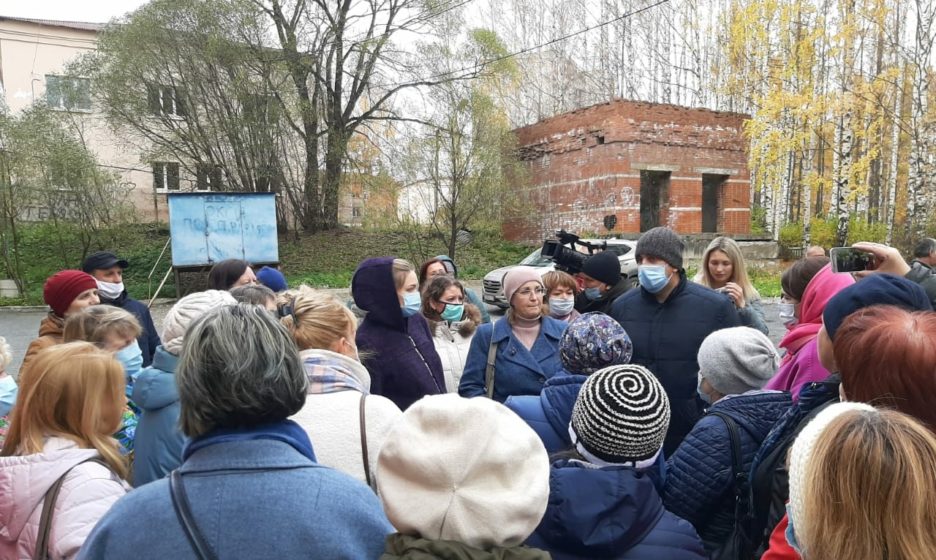 When the situation reached the limit and women staged a protest at the maternity hospital doors, Maxim Pekarsky, the city mayor, said that the administration was ready to allocate cars to women in labor.

“We will provide transport to everyone who needs it to take the mother and the child from the maternity hospital to their home in Zlatoust. My deputy for social affairs will supervise this”, – the mayor wrote on his page in Vkontakte.

There were also concerns about possible severe cases when transportation to a neighboring city is not possible. In this regard, the Ministry of Health reassured that for such occasions, they will prepare the gynecological department at the Zlatoust city hospital, which will perform complex deliveries under the supervision of the perinatal center specialists.

— On Friday, I went into labor and called an ambulance. When they heard my symptoms and my term, they decided to take me to the maternity hospital. They said that they would take me to Miass. We got there quickly, without accidents. On Friday night, at 10:35 pm, my third daughter was born! – said Anna Mescherikova.

Why don’t they “defrost” the clinic?

However, there are still many dissatisfied people in Zlatoust. People are perplexed that it is the maternity hospital that was converted into a COVID-19 hospital. After all, there is a clinic owned by the Russian Railways company, which they “froze”: that is, they simply closed it as unnecessary, even before the epidemic outbreak.

“Why couldn’t they “defrost” it and open a COVID-19 hospital there?” – residents asked.

However, the perinatal center had to be reshaped due to the specifics of the disease, as the Ministry of Health noted.

— The capacities of the maternal hospital were transferred to an additional hospital base due to the availability of the oxygen distribution system in the wards which is vital for respiratory damage. Furthermore, facilities of the hospital allow us to separate “red” (infected) and “green” (clean) zones, to distinguish the entrances and exits as well as the flow of patients with various diagnoses, and to prevent disease outbreak, – commented the press office of the Ministry of Health of the Chelyabinsk region.

The coronavirus situation is tense in Zlatoust. Previously, Ekaterina Pautova, acting chief physician of the city hospital, was responsible for the city medicine. She was recently hospitalized with COVID-19 pneumonia. Sergey Prikolotin, the former Minister of Health of the Chelyabinsk region, came to serve in her stead. However, after working as the head of the city health department for less than a week, he was also hospitalized with the same diagnosis.

Ekaterina Evseyeva, the former chief physician of the Miass hospital, is now the acting head physician and de facto head of the city health department.

It is difficult to say about how long this situation would persist and how long women in labor would be taken to the neighboring city.

— As soon as the situation with viral diseases normalizes, the institution will continue to work as usual after thorough disinfection, – the regional Ministry of Health emphasizes.

But no one knows when the pandemic will end.

When I Was Eight, I Was Saved by The Homeless. I Promised I Would Open A Shelter for Them When I Grew Up

How a Resident of Chelyabinsk Helps Abandoned Disabled People