The phoenix is reborn. It’s time to fly

Growing up in 1970s Moscow, I had a nanny who had lived in our family for 45 years. She died in 1981, when she was 93 and I was 13. Like most Soviet people, my family was not religious. My grandfather prided himself in becoming an atheist in prerevolutionary Russia and refusing to attend the Orthodox doctrine class at school. It scandalised his father, a priest's son turned high-ranking civil engineer. In Soviet Russia, it was a norm enforced by persecution, education and all-encopassing atheistic propaganda.
Andrei Zolotov Jr. | 29 June 2009 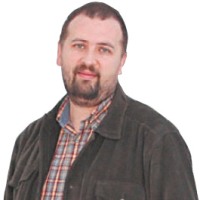 Growing up in 1970s Moscow, I had a nanny who had lived in our family for
45 years. She died in 1981, when she was 93 and I was 13. Like most Soviet
people, my family was not religious. My grandfather prided himself in becoming
an atheist in prerevolutionary Russia and refusing to attend the Orthodox
doctrine class at school. It scandalised his father, a priest’s son turned
high-ranking civil engineer. In Soviet Russia, it was a norm enforced by
persecution, education and all-encopassing atheistic propaganda.

But my nanny, Yevdokiya Frolova, was different. She was a nun. After her
convent was closed in 1927, like all of her sisters she spent time in a labour
camp. Unlike many, she survived and ended up serving four generations of our
family selflessly and lovingly, quietly maintaining a rigorous monastic
discipline of strict fasting, daily prayers and regular church attendance.
Thanks to my nanny, for me it has always been the Russian church, the church of
my ancestors, which somehow had an existence in this world parallel to the
Soviet reality. But much had to happen before it became a faith of my own: an
appreciation for the Russian liturgical music and icons; the 1988 celebration
of the Millennium of Christianity in Russia, when the church was let into
public life; a trip to the US as a student, where I met a prominent émigré
Russian priest, Protopresbyter Alexander Kiselev. Ultimately, it all came into
one with my baptism into to the Orthodox church – my faith in God, the immense
beauty and profound meaning of Orthodox liturgy and belonging to my family’s
and my nation’s past and present, to the Russian civilisation as a part of the
European civilisation, to the whole world around and, hopefully, to God’s
kingdom. Ask any Russian, and you will likely hear a similar story.

It will rarely be a happy, conclusive or coherent one. Many would simply see
Orthodox Christianity as a “Russian faith”, but not know much about
Jesus, our brothers and sisters around the world or the basic doctrine. Others
see no contradiction between declaring themselves Orthodox, going once in a
while to a church to light a candle and, at the same time, reading horoscopes
or keeping a lover. There would be quite a few whose Orthodoxy equals nationalism
and those who see the Orthodox church as a medieval force isolating Russia.
There would be people from all over the political spectrum and every possible
ethnic background or social strata. Alas, only about one tenth of them in big
cities and an even smaller percentage in small towns and rural areas would be
regular churchgoers. These stories, told and untold, would be diverse, but
would have something in common. There would usually be a grandmother, or a
nanny, or another who managed to keep the faith through Soviet times. There
would be the painful identity search: “Where do I come from?” or
“Where are we going?” There would be an occasional bow before the
beauty of Orthodox ritual and art – often without understanding. There would be
that prettiest building with domes in town, once destroyed, now rebuilt. There
would be a major disappointment with the government and political institutions,
placing the church as a beacon of hope and an object of trust. There would be
the wise patriarch on television and a local bishop, an influential figure in
the region. There would be uncertainty over the changing world and the
institution, seemingly the same over centuries and even millennia. There would
also be a lack of knowledge about the church and its teaching and a spread of
superstition. Or the uncomfortable realisation that, once you finally join the
church, you’d have to change your life. So it’s easier to hang around
maintaining a sense of belonging, but not straining oneself too much. At the
turn of the 1980s and 1990s, getting baptised became fashionable and we dreamt
of a church that would bring morality and morale to a divided nation in crisis.
The church, in turn, saw the opportunity to rebuild its infrastructure, banking
on its status of a national symbol and a state willing to repent for past sins.
The late Patriarch left the church much stronger than he received it in 1990.
But although the programme of rebuilding has been fulfilled, the programme of
changing society has not. If the venerable institution wants to be relevant, if
it wants to narrow the gap between the two thirds of nominal Orthodox
Christians and single percentage points of practising ones, much needs to be
done in the field of mission, education and social ministry.

This is the mandate of Patriarch Kirill – the church’s most outspoken and
dynamic leader. At his installation in February, Kirill said: “The witness
to the truth and beauty of Orthodoxy can be received and accepted only when
people clearly understand the meaning of this witness for their private, family
and public life and learn to connect the eternal divine words with the
realities of daily life, with its concerns, joys and sorrows.”

Most viewed articles
Be Thou My Battle Shield101
Why Believe? Part 4 – Discovering the Power of God82
It’s All About the Resurrection – Reflecting on the Season71
Metropolitan Onuphry: Humility Leads Person to God’s Grace69
Bishop Irenei Addresses a Symposium on “The Mother of God in Our Lives” in Los Angeles66
Russian Church to Help Provide Lebanon with Vaccines Against Coronavirus57
Orthodox Church Damaged by Earthquake Restored in Philippines50
Growing Cold in Faith after a Few Years in Church: Is This Normal?1
How to Survive in Modern City. 8 Essential Conditions1
Most popular authors
Pravmir.com team242
Archpriest Lawrence Farley101
Priest Luke A. Veronis82
Archpriest Gabriel Rochelle71
Archpriest Nikolai Markovsky1
Fr. Andrei Gavrilenko1