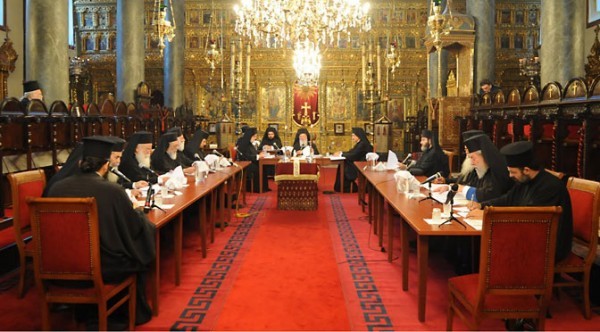 In less than a fortnight, on the feast of the Holy Pentecost, the Bishops of the fourteen universally recognized local Orthodox Churches are supposed to show each other and the world their unity in Christ by serving Divine Liturgy together and spending the following week deliberating and adopting documents that express their unified vision of their Church and its mission in the modern world during the Great and Holy Pan-Orthodox Council on the island of Crete.

However, today we, unfortunately, have to forget these lofty words.  The Council that has intermittently been in the making for almost fifty years is now on the brink of falling apart. 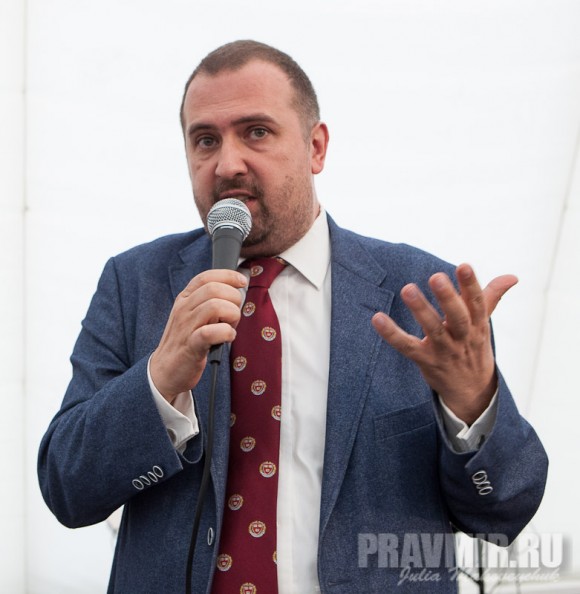 The bombshell exploded on 1 June, when the Holy Synod of the Bulgarian Church put forward six objections to the agenda and procedure of the Council unanimously ruling that the Council was to be postponed and that, in its present form, the Bulgarian delegation withdrew from attending it.

Two days later, on Friday, the Holy Synod of the Moscow Patriarchate convened and, based on its resolutions, it became known that, in addition to the Bulgarian Church, other Churches also had objections.  The Hierarchs of the Churches of Georgia, Serbia, and of Greece, as well as the monasteries of Mount Athos, expressed a desire to amend the documents and procedure of the Council.

An especially difficult situation arose in connection with the conflict between the Patriarchates of Antioch and Jerusalem over the ecclesiastical jurisdiction in Qatar.  The Patriarchate of Constantinople announced that a joint commission to resolve this problem would be formed after the Council.  The Patriarchate of Antioch, which is based in Syria and Lebanon, replied that this decision “invalidates the very purpose of the Council “as the expression of Orthodox unity” and “threatens the convocation of the Council at its specified meeting date,” according to the proceedings of the Moscow Synod.

Under these circumstances, recognizing the fact that Council decisions should be made by consensus of all Local Churches and that the non-participation of at least one of the Orthodox Churches in the Council constitutes “an unsurmountable obstacle” to the holding of the Council, the Synod of the Russian Orthodox Church proposed to the Patriarch of Constantinople Bartholomew to hold an extraordinary Pan-Orthodox pre-Council conference no later than on June 10, 2016, to resolve the newly-arisen contradictions.  This proposition appeared as a search for compromise, as a desire to salvage the work of the Council – both the Bulgarian and the Arabic (Antiochian) Bishops could have attended this conference.

Two days later, on Monday, we learned of the decision of the Synod of the Ecumenical Patriarchate to ignore this proposition as well as the amendments of the other Orthodox Churches.  According to the announcement of the General Secretariat of the Ecumenical Patriarchate, the positions and opinions expressed by the sister Orthodox Churches  were received “with surprise and wonder” by the Phanar and that “no institutional framework allowed” for the revision of the planned Council process. The announcement states that amendments are to be made by the Primates in the course of the meetings of the Council itself.

“The Ecumenical Patriarchate, which bears the first responsibility for safeguarding the unity of Orthodoxy, calls all to rise to the occasion and participate, on the pre-determined dates, in the sessions of the Holy and Great Council, as was decided and signed on a pan-Orthodox level both by the Primates during the Sacred Synaxes, as well as by those authorized by each Delegation during the entire lengthy preparatory process of the Council,” announced the Synod of Constantinople.

Thus, by appealing to the letter of the prior decisions, the Patriarchate of Constantinople, drawing upon its primacy, resolved to push the Council through.  Most likely it will not work. The Bulgarian Church already communicated expressly that the delegation would not attend the Council on the proposed dates and confirmed that it had cancelled the reservation of the plane which had been made available to the delegates by the government.

The Church of Antioch, perceiving itself as a Martyred Church under the Islamists’ terror and justifiably expecting especial support from its Christian Brothers, will, most likely, also perceive Phanar’s decision as a slap in the face and withdraw from participating in the Council.  In this situation, having undertaken to find a way to reconcile the differences and receiving a brush-off in return, the Moscow Patriarchate will probably also be compelled to renounce the journey to Crete.

It is hard to analyse a situation that evolves day by day.  You are tempted to hope for a miracle that would allow the Hierarchs to overcome these conflicts and to be able to serve together on the feast of the Holy Trinity.  However, we can make several sad conclusions even now.

The first of these conclusions is obvious: the attempt to demonstrate the unity of the Ecumenical Orthodoxy to ourselves and to the world has shown, conversely, a deep lack of unity.  In reality, the Local Orthodox Churches turn out to be far away from the ideal of the Family of Churches that dwells in love.

It is generally accepted that, globally, the main problem of the Orthodox ecclesiastical structure is the rivalry between the first in honour Patriarchate of Constantinople and the largest in the Orthodox world Patriarchate of Moscow.  By this logic, the Great and Holy Council, convened by the Ecumenical Patriarch Bartholomew, was supposed to assert his primacy and influence in the Orthodox world, which would run counter to the interests of Moscow.  Some voices in the Orthodox blogosphere forecasted that Moscow would try to sabotage the Council, while the decision of the Bulgarian Church to withdraw from the Council was explained as the work of the “hand of Moscow.”  In the last few days, however, competent neutral experts explained that the conflicts between Sofia and Constantinople were the result of disputes over some holy relics.

At the same time, the position of the Moscow Patriarchate, expressed by its Synod, was distinctly conciliatory.  However, Constantinople did not want to listen.  It is safe to say that not only Patriarch Bartholomew, but also Patriarch Kirill have put so much of themselves into the project of the Pan-Orthodox Council that in their own way both of them will strive for its implementation to the last.

The fact that there are almost no state interests involved is a hallmark of this inter-ecclesiastical conflict.  Apart from the already resolved question of transferring the meeting place of the Council from Istanbul to Crete as a result of the deterioration of relations between Russia and Turkey, it is hard to find any other global or local state policy factors in the current web of contradictions.  It all comes down to questions of Church politics, which the participants of the process cannot blame on the pressures from political forces or from one government or another.  In future, of course, state governments may feel more tempted to use for their own purposes national Churches that have revealed their lack of unity.

It is regrettable that in the lead-up to the Council the main discussions are about Church politics, as opposed to theology.  Yet it is even more regrettable that the fiasco of the Pan-Orthodox Council will strengthen the isolationist and reactionary tendencies that already exist in the Orthodox Church, and not just in Russia.  The numerous opponents of the Council process and inter-Church cooperation, sectarians and scaremongers, acting under the banner of anti-ecumenism and the fear of “the antichrist’s eighth ecumenical council” will think they have won.  While the majority of the faithful, who feel very comfortable inside the framework of the faith of their fathers and of the national ecclesiastical societies, will be quite happy that their usual provincial religiosity will not suffer from an uneasy awareness of being part of the Ecumenical Church of Christ.  If, however, we manage to overcome this situation, we will be able to speak of the action of the Holy Spirit.