The Power of Love to Change the World 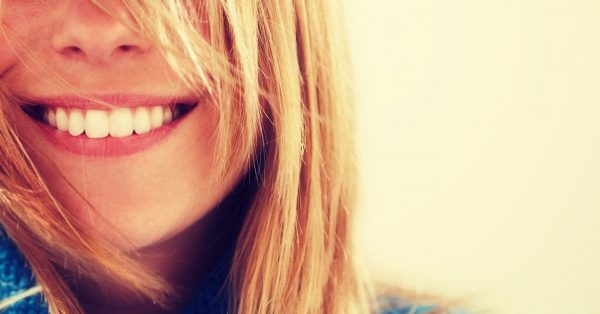 Does true power come from certain charismatic leaders? Well, we can look at the presidents and prime ministers and other powerful world leaders, and we see that despite their worldly power, they can’t fundamentally change the world.

Our world continues to suffer from unimaginable injustice, poverty and violence because earthly powers can’t resolve the central dilemma of humanity – the darkness that dwells in the hearts of people. It is the pride and greed and lust of people who take advantage of others, creating unjust systems and practices which mistreat people and show utter distain for their suffering.

Of course, these challenges and problems of society sometimes seem so overwhelming that we are tempted to live in our little bubbles, separate from the world of suffering. We despair in believing that any true change can occur, giving in to the forces of darkness that tempt us. Is there any power that can truly make a difference in our lives and in the lives of those who suffer?

In today’s Gospel, we hear about love, divine love, the love of God that ultimately expresses the greatest power in the world today because it is such love that can change and transform the hearts of people. “For God so loved the world that he gave his only son that whoever believes in him shall not perish but have eternal life. For God did not come to condemn the world, but in order that the world should be saved through him” God loves the world so much that he offers his son to die for the world, to take upon himself the sins of the world, to experience the evil and darkness of the world so that he can conquer it, and save us from the consequences of such darkness and evil!

Yet is such love truly possible, or is it only a romantic dream?

The great American prophet of the 1960s, Martin Luther King was someone who suffered greatly from those who hated him because he was black and because he stood up for the oppressed. His house was bombed. His children were endangered. He was imprisoned. His friends were killed. And his own life was threatened. Yet in response to all this hatred and evil, he responded, “Hate cannot drive out hate. Only love can do that. Hate multiplies hate, and violence multiplies violence in a descending spiral of destruction… Love is the only force capable of transforming an enemy into a friend.”

My spiritual mentor, Archbishop Anastasios of Albania, would often say “We all need to ask ourselves the most important question in life. Why are we here? What does God seek from us during this short time on earth?” The answer is simple – to love! We are called to be loved, and to love! To recognize God’s love for us as His beloved children and to practice our love for one another. This unconditional, sacrificial, divine love opens up an unending wellspring of love within our lives.

There is a story of a holy man who was saying his morning prayers under a tree whose roots stretched out over a river bank. During his prayers he noticed that the river was rising and a scorpion was caught in the roots of the tree. He was afraid the scorpion would drown. So, he reached down to try and free the scorpion, but each time the man tried to save the scorpion, the scorpion responded by trying to sting the man. One of the holy man’s disciples said to the monk, “Don’t you know that a scorpion’s nature is to sting?”  To which the holy man replied, “That may be true, but don’t you know that my nature as a child of God is to love and to save.  Why should I change my nature simply because the scorpion does not change its nature?”

Whenever we come across a person who treats us badly, we must ask ourselves, “Why should we let his actions control our own actions?”  If someone else wants to be angry and say evil things about us and hate us, we shouldn’t let that change the way we feel.  If we get angry with someone who is angry, his anger will simply increase.  If we hate someone who hates us, his hatred will only multiply.  In contrast, if we respond to anger with peace; if we answer hatred with love; if we react to an offense with kindness and mercy, then there is hope to transform our enemy into our friend. This begins by cultivating divine love in our heart.

Of course, such divine love is not easy. It is difficult to love those who hate us, to forgive those who hurt us, or to show mercy on those who offend us. Yet, God is ready to fill us with this love, to overflow our hearts with His divine agape.  It is from the ocean of God’s love that comes the tiny drops of our own ability to love.

We receive the ability to love through the grace that comes from Christ! He can help us overcome our anger, bitterness, hatred, and any evil so that they no longer have any control over our lives. Through divine love, we find the freedom to discover our true nature – our identity as God’s beloved children.

The greatest power of the world comes from the wellspring of God’s love. Through our faith and relationship in Christ, everyone and anyone can become a new creation – a child who realizes they are deeply loved by God, and a follower of God who is called to love others, to love the world no matter how the world treats them. Through such divine love, authentic change can occur in the world – change that begins in our own lives, and then change that transforms the world in which we live.

Here is a beautiful description of the change that divine love can bring. Bishop Nikolai Velimirovic suffered terribly from the evils of a Nazi concentration camp. Yet he responded to the evils of the world with God’s love:

One hates his enemies only when he fails to realize that they are not enemies, but cruel friends. It is truly difficult for me to say who has done me more good and who has done me more evil, my friends or enemies. Therefore Lord, bless both my friends and my enemies. A slave curses his enemies, for he does not understand. But a son blesses them, for he understands. For a son knows that his enemies cannot touch his life, but can teach him much about life. Therefore, we can freely walk among them and pray to God for them. Bless my enemies, O Lord, bless them and do not curse them.

This is the power of love that can change the world!