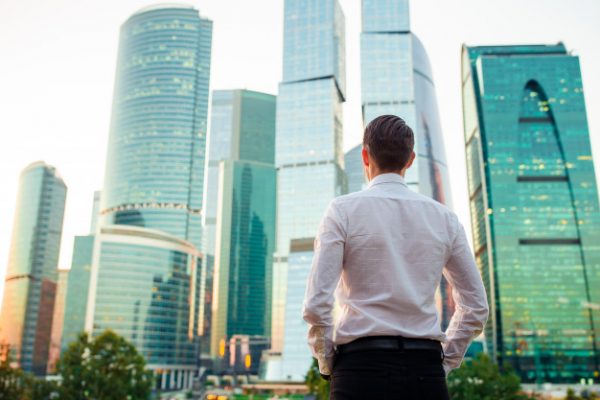 I think of what we see on the internet and how we engage with social media. Who are the popular characters and figures who persuade countless people, who sway us and affect our worldview, our understanding of success and happiness and meaning and life itself.

I googled to see who are the most famous people in the world today. Celebrities like Will Smith, Dwayne “The Rock” Johnson, Selena Gomez, Oprah Winfrey or the Kardashian. Entertainers like Ariana Grande, Taylor Swift or Justin Beiber. Entrepreneurs like Elon Musk, Jeff Bezos or Mark Zuckerberg. Athletes like Lebron James, Tom Brady, and Cristiano Ronaldo. Politicians turned demagogues like Donald Trump (I was just in vacation at Myrtle Beach and found it quite strange how there were numerous Trump Superstores; what other politician ever had stores like that?). Even previously unknown young teenagers like Charli and Dixie Damelio have become influencers among the youth through Tiktok fame.

What do these figures represent? How do they influence us, in conscious or often in unconscious ways? Do we envy their rich and famous lifestyles? Do we dream about the freedom they have to do whatever they want? And because they have an oversized platform, do we give their voice more credence and importance than we should?

This past week I learned about Andrew Tate, one of the most popular social media personalities over the past six months. He is a former world champion kickboxer who probably very few people knew about back in March, and yet, over the past half year videos of him have been watched more than 11 billion times! He’s a savvy entrepreneur who knows how to market himself with his façade as a rich, tough, do-whatever-I-want man’s man who makes outrageous, misogynic, and terribly dangerous statements about women. The disturbing part, however, is that millions of people, especially male teens and young men, watch this man, find his offensive comments funny, and are unconsciously manipulated by his behavior.

Today, I want us to really focus on what and who influences us every day. And how these influences so often unconsciously impact our lives.

I would love to think that all of us are primarily influenced by our Orthodox Christian faith and by what we claim to believe as followers of Jesus Christ. I would love to say that our faith is what truly motivates and inspires our lives, our worldview, the way we live and dream about our future?

Yet, I realize that when people spend five hours a day on their phones looking at social media watching videos on Tiktok, youtube, and other platforms, then add on hours of watching movies and shows and other forms of entertainment, filling up their day with so much distraction and commotion, then it becomes extremely difficult to sit in silence thinking, reflecting, praying and meditating on the eternal aspects of life. Some of you may come to church for an hour and a half on a Sunday (and that is if you come every week and if you come on time). Maybe you take time to pray and read Scripture and meditate on what is holy for a few minutes a day, but how does that compare and compete with the hours upon hours of time focused on other contrary influences?

None of us are an island unto themselves. We are all influenced by those with whom we surround ourselves every day. We are affected by what we fill our minds with throughout the day and this will shape our thinking.

Saint Paul warns, “Do not be deceived: Bad company corrupts good character.” He goes on to say, “Do not associate with people who are sexually immoral or greedy, idolaters or slanderers, drunkards or cheats.” In this context, he’s not calling us to judge others but simply warns us that by associating with such people we can easily be swayed by their ways and be influenced by their lives.

Contrary to negative influences, we can be motivated and even inspired in a positive way by Christ-centered, sober, serious and holy people who seek after what is beautiful, true, noble and good.

One of my favorite verses from Saint Paul is when he tells the Christians in Philippi to focus on “whatever is true, whatever is noble, whatever is right, whatever is pure, whatever is lovely, whatever is admirable—if anything is excellent or praiseworthy—think about such things.” The holy Apostle goes on to say “Whatever you have learned or received or heard from me, or seen in me—put it into practice.”

Saint Paul, along with the other holy men and women of the church – people who died to themselves and allowed Jesus Christ to live in them – should be our greatest influencers. Their lives of sacrificial love and faith, of humility and service, of a pursuit for what is eternally true and beautiful – this is what can truly inspire and influence us!

What a contrast to the many famous influencers of the world whose lives reflect greed and avarice, arrogance and pride, selfish and self-centered behavior, lust and impurity, hatred and violence.

Remember, who we spend our time with and how will spend out time will influence how we live and what we believe. These past weeks we have talked a bit about our group that went to Project Mexico and the impact that an experience like Project Mexico can have on its participant. Part of the power of the experience is the group of people that one spends time with. Something similar can be said for our youth who attended the Metropolis of Boston Camp. By being around like-minded followers of Jesus Christ, around daily prayer and conversation that turns our attention toward things that are holy, around loving God and loving one’s neighbor, this all helps us develop a more Christ-centered worldview.

There is one scene from this past summer that sticks in my mind. Our two groups had just come back from Mexico and we were spending a day in Coranado Beach in San Diego waiting for our red-eye flight back home. After spending a week in Christian fellowship with 120 other Orthodox Christians, after building a home for a family in need, after beginning and ending each day in prayers all together, after listening to talks about faith and being in an atmosphere of Christ-centered love, we were in the streets of upscale Coranado Beach in San Diego and all of the sudden the group of 25 young adults starting singing out loud for everyone to hear “Love the Lord your God with all your heart, soul, strength and mind and love your neighbor as yourself… We’ve got Christian light to give. We’ve got Jesus’ love to give…”

Of course, we pray that this inspiration and holy influence won’t only inspire people to simply sing a religious song in the streets of California. Instead, we hope that by consciously filling one’s mind and heart with all that is “true, right, noble, pure, holy, admirable, and praiseworthy” every day, they and we will be influenced in the ways of God, in the ways of divine love, in the ways of humble service to the world around us. We pray that it will inspire their worldview and the direction of their lives!

We are all influenced by different people and by what we fill our minds with every day. Today, think about what is influencing you, and strive to be motivated and inspired – not by the most liked and popular influencers we see on the internet – but by the holy people and the divine words and thoughts of God!

The Joy of Giving and Serving Others

Jesus Christ once said, “It is more blessed to give than to receive.” Some may raise their eyebrows at such…

Most viewed articles
Do We Have A Reaction To The Gospel?81
Most popular authors
Fr. James Guirguis81