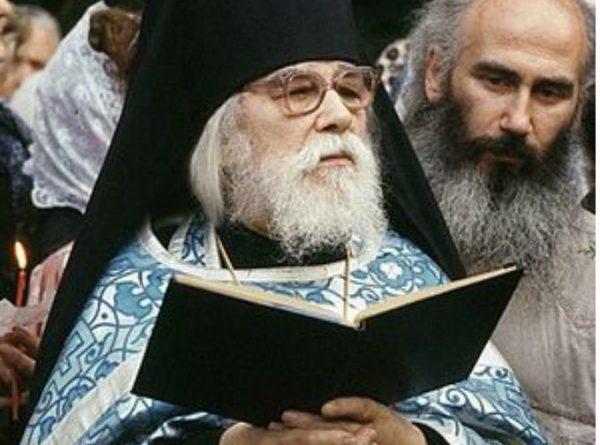 “Fifteen years have passed since the day of Father John’s departure to the Lord. We need to prepare materials (documents and testimonies) for the glorification of Father John. Then the Lord will guide us,” said the metropolitan after the Divine Liturgy at Pskov’s Monastery of the Caves, where Father John led his ascetic life for almost 40 years.

Metropolitan Tikhon asked everyone who can “testify with their conscience to something important” to report this on the monastery’s website.

Father John (Krestiankin) was known in many countries. In his later years, due to age and illness, he was unable to receive those who wished to speak with him, but letters from different parts of the world continued to come to the address of the monastery, and he himself answered many of them. Several printed editions of these answers have already been translated in many languages. Those people who have not seen the elder can find comfort and help by reading his book “Letters of Archimandrite John”.

In April 1950, Fr. John was arrested for his pastoral service and sentenced to seven years in forced labor camps.

Returning from imprisonment ahead of schedule, five years later, he was appointed to the Pskov diocese, and in 1957 he was transferred to Ryazan, where he served as a priest for almost 11 years.

On March 5, 1967, Hieromonk John entered the Pskov Monastery of the Caves, where he remained until his death in 2006 at the age of 95.

Most viewed articles
Seven Lessons for the New Year from St. Seraphim of Sarov237
A Great Time to Join the Orthodox Church164
New Jersey Governor Signs Bill Legalizing Abortion Up To Moment of Birth104
The Way of Christ Is The Way of Love71
Metropolitan Hilarion Celebrates the 20th Anniversary of His Episcopal Consecration57
Brooklyn Street Co-Named for Antiochian Pastor Who Served a Half Century There43
Metropolitan Hilarion: the Church and traditional confessions have done everything possible to improve the situation in Kazakhstan39
4-400×6001
Sunday of the Samaritan Woman1
How We Worship: the Struggle of the American Experience1
Most popular authors
Priest Luke A. Veronis237
Frederica Matthewes-Green164
Ryan Foley104
Pravmir.com team96
Fr. Theodore Stylianopoulos71
Peter Samore43