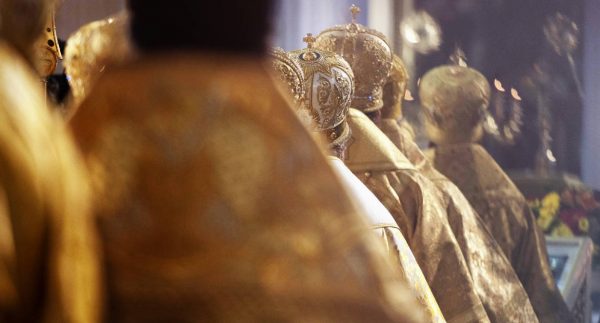 The election of a new First Hierarch of the Russian Orthodox Church Outside of Russia will take place on Tuesday, 13 September, 2022. The procedure will take no more than three rounds, the first round requiring 2/3 of the votes of the other hierarchs to succeed. Voting will be all active bishops of the Russian Church Abroad, as reported by Archpriest Serafim Gan, Chancellor of the Synod of Bishops.

The previous Primate of ROCOR, Metropolitan Hilarion (Kapral) of Eastern America and New York, reposed in the Lord on 16 May of this year. The Council of Bishops which will elect a new leader will convene on September 13-21 in New York, presided over by His Eminence Metropolitan Mark (Arndt) of Berlin and Germany. The voting will take place behind closed doors at the Synodal Cathedral of Our Lady “of the Sign.”

“After an opening statement by Metropolitan Mark, locum tenens of the Russian Church Abroad since the death of Metropolitan Hilarion, the bishops will discuss the decree on the election of the new Primate along with other materials submitted to the Council, including the agenda for the meeting. The election of a presiding bishop, secretary and vote-counting committee will then take place. From the meeting room of the Synod, the bishops will then proceed ot the Cathedral, which will be prepared in advance for voting. The voting will take place according to the outline proposerd by St John (Maximovich) in 1964, when Metropolitan Anastassy (Gribanovsky), second Primate of ROCOR, retired. After a memorial litany with the commemoration of all reposed First Hierarchs of ROCOR, voting will begin with the current President of the Synod, followed by all active bishops of the Church. After the end of voting, the counting committee will begin its work. They will open each ballot in turn while two committee members record the votes. After the voting, the winning candidate will be announced and a decree drafted,” said Fr Serafim.

According to Fr Serafim, if one bishop receives at least 2/3 of the votes, he will be considered the victor. If no one candidate receives that majority of votes, then three of the bishops with the most votes cast for them will enter the second round of voting. “If during the second round, one of the candidates receives an absolute majority, he will be deemed the winner. If no candidate receives a majority, then the third round will include the names of the two bishops receiving the most votes,” said the Chancellor.

The candidate receiving the most votes in the third round will then be considered the next Primate of ROCOR. Should the third round end in a tie, the election will take place by the drawing of lots, as occurred during the Local Church Council of 1917-1918 and during the Council of ROCOR in 1986, added Archpriest Serafim.

He said that before the Council of Bishops commences on Tuesday, 13 September, Divine Liturgy will be celebrated along with a moleben before the Miracle-working Kursk-Root Icon of the Mother of God “of the Sign,” the main holy relic of the Russian Church Abroad. Since 1957, this 13th-century icon , before which St Seraphim of Sarov and many other prayed, has abided at the residence of the First Hierarch of ROCOR in New York City.