The Season to Do for Others in Christ’s Name 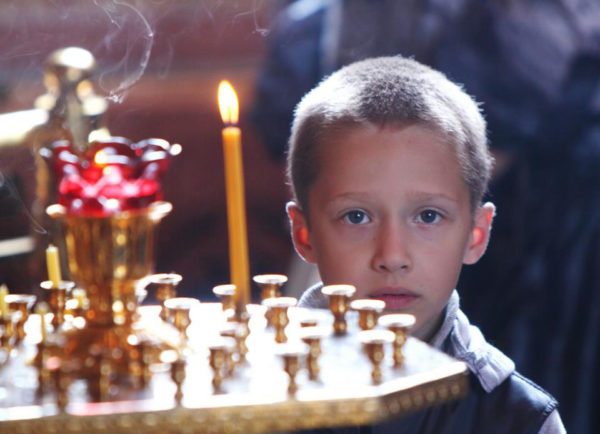 For Orthodox Christians, Advent Lent began on November 15/28. Christmas Lent is an expression of our anxious expectation of the coming of the Messiah, the Christ. Even though Christmas Lent is not as strict as the Great Lent, it contains the three disciplines of any lent: prayer, abstinence from food and almsgiving.

The way we celebrate Christmas nowadays, with all the buying, giving and receiving of presents, it is clear that Advent Lent is mostly kin to almsgiving. This is the time of year when many charitable organizations ask for our support. Everywhere we go, we can hear the bells of the Salvation Army reminding us that it is the giving season. We should give in the name of Christ, whose birthday we celebrate, as a thanksgiving that God has sent His Son, the Gift of Gifts, to save us.

It is obvious that giving to people from whom we expect to receive as much or even more back does not count as almsgiving. Then what does count? In understanding the true meaning of almsgiving, I was helped by the parable of the Rich Man and Lazarus (Luke 16:19-31).

The parable says that, “clothed in purple and fine linen,” the Rich Man “fared sumptuously every day,” while Lazarus, “beggar full of sores,” sick and hungry, “was laid at his gate.” Gladly he would have eaten crumbs from the Rich Man’s table. The dogs licking his wounds showed him mercy better than the Rich Man who was too busy partying.

After their deaths, the parable says that the Rich Man went to the place of “torments in Hades” and poor Lazarus “was carried by the angels to Abraham’s bosom.” The parable is not specific, but leaves no doubt that the decision taken in heaven with the Rich Man and Lazarus was related to their relationship on earth.

It appears that Lazarus, who was in great need of altruistic care, was sent to the rich man for help. The Rich Man, preoccupied with his daily parties, not only failed to help Lazarus, but completely ignored him. Because of his selfishness and lack of compassion, the rich man deserved his judgment. Abraham told him: “Son, remember that in your lifetime, you received your good things.”

As we read the parable more carefully, however, we realize that, in the perspective of eternity, the Rich Man was truly in need of help. In his sumptuous living, he was neglecting not only Lazarus, but also his own soul. God, in His love and care for every soul, sent Lazarus to help the Rich Man. Lazarus, not the Rich Man, was the benefactor in this story. To the Rich Man, Lazarus was a unique but failed opportunity to save his own soul.