The Senseless Violence in Our Society

The news from Aurora, Colorado, pierced the heart of the nation like a knife. A brilliant young man with a tremendous future did the unthinkable, ending the lives of twelve others while wounding scores of unsuspecting fellow Americans. It seems that these kinds of random acts of violence are increasing in number every year. People are perplexed by their frequency as well as their magnitude. The chilling thought is that the killer is one of us! It could be the young man down the street, or the other one further down! Whom can you trust? And what is the solution to this problem? How could this man have legally acquired so much firepower without anyone noticing? Something is seriously wrong with this picture! 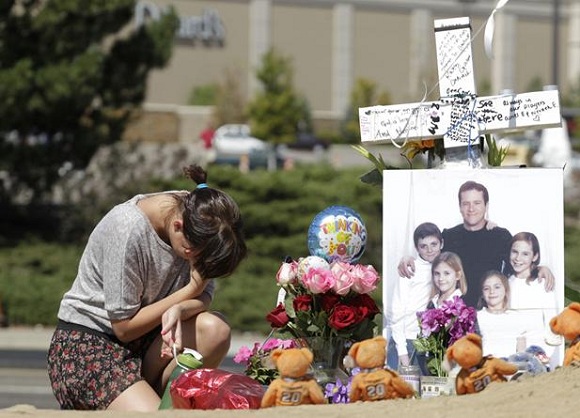 The political pundits, as usual, have seized this opportunity to offer us their “valuable” opinions. The solution, some of them suggest, is the tightening of gun laws: prohibiting people from buying guns as easily, increasing the waiting period, or doing more background checks. And then objections arise from the other side: this is an issue of American civil liberty; any more gun restrictions would violate the Second Amendment. And this passionate debate goes on for days, even weeks, until another political issue arises to which they all turn their attention, forgetting once more about the issue of violence until it strikes again in a big way.

Of course, the problem is much greater than the occasional mass murder. The senseless killing of mostly young people continues undisturbed in the black and Hispanic ghettos of America, primarily with the use of illegal weapons acquired on the streets of America, weapons with far more firepower than anything one could purchase in a gun store. But this is not being discussed on the networks. No one is offering a solution to this problem.

In addition, no one talks about the youth who grow up without a father figure in their lives, with neither a moral compass nor guidance, who eventually turn to the thugs in the “hood” to give them validation and purpose, quickly becoming both the perpetrators and victims of street violence. While 6,000 Americans have died on the front lines in Iraq and Afghanistan in the past ten years of war, during that same time more than 30,000 people have died from bullets on the streets of America, shot by other Americans. It is a far greater and bloodier war, one that is cutting deep into the soul of this nation.

But let me return to the more bizarre incidents that immediately catch our attention, like the Virginia Tech incident, the 2011 Tucson shooting and, finally, the most recent one in Aurora, Colorado. This last one is the most perplexing to all: how could a white, middle-class, intelligent, well-educated American have ended up doing something so horrific?

It seems to me that part of the answer in all three cases can be found in the fact that serious mental illness was involved, certainly serious enough to lead a person to such horrific behavior, but unfortunately not considered serious enough to alarm those who had come into contact with them. The other part of the answer is found in another common element in all three cases: the fact that both family and community had been missing from the lives of these men in the years preceding their violent behavior. All were isolated in their sick worlds, behaving and acting in ways that would have been quickly noticed had they lived with people who cared for them, but that went unnoticed in our modern, anonymous social order.

The isolation of the individual in our society has led us to live lonely lives even in the midst of the most populous cities. What is most frightening is that it has left us unmonitored by relatives, friends, and loved ones, leaving us to disintegrate into behaviors that result in tragedy.  It is not all about gun laws, unfortunately: it is also about our relationships or lack thereof. Moreover, it is also about laws governing mental illness. Even professional healthcare providers are unable, due to legal restrictions, to care effectively for their mentally ill patients, even if they know that their behavior is seriously irrational. In the absence of family to monitor and provide care on a daily basis, these individuals run the risk of crossing boundaries. Unfortunately, current laws make it very difficult to commit someone to psychiatric care. Even hospitals are unable to hold them for more than a short time unless they have clearly indicated that they plan to hurt themselves or others. Law enforcement’s hands are tied until the person commits a crime. The result is what we have seen at Virginia Tech, Tucson, and Aurora.

If we truly want to debate this issue, we must honestly consider what has happened to the family unit, both to the nuclear family and the extended family. We must consider the value of local houses of worship, the positive effect of faith and morality, and, more than anything else, the comfort and security provided by a close-knit community in which people look out for one another. We must draw lessons from the experience of the past in order to build a better future.

Whether violence occurs on the streets of the inner city, on a college campus, or in a movie theater, the root of the problem lies in the disintegration of the support systems provided by family and community. Hospital staff and government social workers cannot replace the long-term, loving, unconditional care provided by the nurturing embrace of the family. 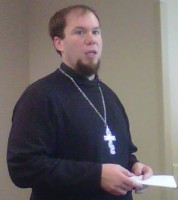