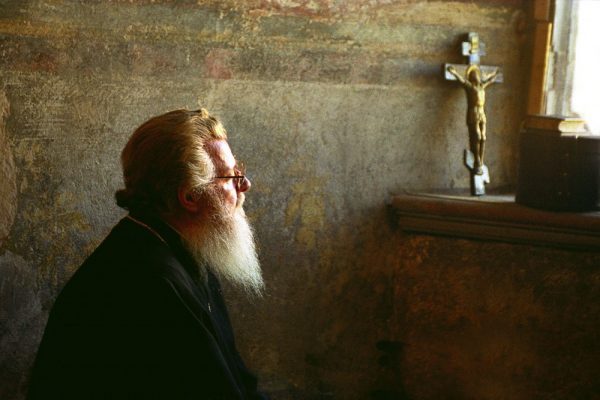 Many times, discussions of moral issues on TV can leave us perplexed. Everyone claims that they are truly seeking the “Truth” and that they are advocating “appropriate” human behavior.

As I occasionally watched discussions between “intellectuals” and other “experts” on contemporary issues – whether it was marriage and divorce, guns and crime, the death penalty or abortion, decisions on life and death, homosexuality or sexual abstinence – I frequently came away feeling confused. I can imagine, that must have happened to you, as well.

If one were to listen carefully to these experts one would conclude that “Truth” is a very subjective and fleeting concept. It seems to me, however, that we have lost our ability to define things clearly enough for our own good.

A concerned person would quickly ask, “Why?” What has happened which makes it so difficult for us today to make decisions on moral and ethical issues. What has changed in human life that makes us so divided and fragmented in our view of the world.

I would propose two fundamental answers to this question.

First, we have taken God and His revelation of Wisdom out of the equation.

Second, we have made ourselves the center of everything – we have become self-centered – everything has to serve the individual. As a consequence, we have embraced the idea of selfempowerment, where each individual holds to his own truth.

In other words, if one believes something, as long as he/she sincerely feels it is true, then that is their truth. This, however, creates a major problem; a multiplicity of truths, which, in turn, raises the serious question: “What is Truth?” And for someone like me, and I suspect, you too, that is a very uncomfortable question to live with.

The population of the Earth is now approximately 6.5 billion people. If each one of us were to hold to his own truth, then there is, in actuality, no truth. My fear is that this kind of thinking will eventually lead humanity to chaos and despair.

Our laws were originally based -even from the Ancient Greek timeson the idea that there are certain basic truths which secure the proper functioning of human society, such as, duty to one’s country, the sanctity for human life, respect of other people’s property, the significance of human freedom, the centrality of the spiritual dimension of the people and their desire to worship God, the significance of the institution of marriage and family as the nucleus of society, and finally the sacred responsibility for the rearing of children.

Since the time men first formulated laws, all human beings have been called to accept these “truths” if they desire to be members of human society.

But when one looks at our world today, especially Europe and North America, there is evidence that the self-centered, individualistic approach to truth has already had a great impact on our society.

Let’s begin from the last of those truths still protected by our laws: The rearing of children: Just in the U.S. alone, there are today more than 60 million people who have suffered sexual abuse as children. According to a survey by the Department of Health and Human Services, child abuse and neglect in the United States nearly doubled during the seven years between 1986 and 1993. The report estimated that the number of abused and neglected children increased from 1.4 million in 1986, to over 2.8 million in 1993, while the number of children who were seriously injured quadrupled from about 143,000 to nearly 570,000. Most of these victims grow up suffering from a variety of mental illnesses.

This is unprecedented for any civilized society. We are failing in creating healthy persons who are able to promulgate our civilization. What could be the reasons for a failure of such magnitude? I think, (a) the devaluation of marriage and the family unit in favor of the attainment of more material possessions. (b) We bought into the idea of success as measured by our net worth.

In this consuming desire to turn the winds of success in our favor, we became willing, like Agamenmon of old, to sacrifice even our very own daughters and sons. Unfortunately, no “goddess” is coming to their rescue. (c) In our struggle for societal ascent and individual gratification we also sacrificed the basic values of respect and dignity for self and family as we became tangled up in human relationships, which lead to destruction. Chasing after a selfish hedonistic existence, some are even willing to use drugs and alcohol in order to escape from the bitter realities they create for themselves.

The vicious cycle closes as one evil leads to another – broken marriages, financial destruction. The biggest victims become our families and our children.

Marriage requires commitment. Children and their rearing require sacrifice. The ancient Greeks held it as the highest of honors if they were called to die “for their altars (their Faith) and their families”. Today, most of us are so self-centered that we are not willing to die even for ourselves, let alone for others.

The question which looms in my mind is: If these institutions of marriage, family and child rearing have collapsed in contemporary society – even as the laws are still in place trying to support them, and even as most people agree as to their value – what will be the outcome of our way of life and thinking with regard to those other things where there is no consensus among us?

As we look for solutions, we must also consider that which we have inherited from previous generations. We have to look to the wisdom of those who have gone before us. No scientist or engineer begins to build anything without studying what others have done before in the field. Our structure will not stand if we ignore the experiences and wisdom of previous generations.

As we look back to the roots of Western Civilization we have more than three thousand years of the wisdom of our forefathers to draw from. We have both the wisdom given to the Greek philosophers as well as the experience of the people of Israel in their relationship with Yahweh.

We have the Ten Commandments and the writings of the Prophets, but above all we have the fullness of the Revelation of God in the person of Jesus Christ, in His teaching and miracles, in His life and death and finally in His resurrection. We also have two thousand years of practical application of those teachings by the people of God, the New Israel, the Christian Church.

If we are eager to go back to the Greeks and Romans to learn about art, mathematics and engineering, shouldn’t we be eager also to learn from them about life? If they can teach us how to make a bridge or a building that can last for centuries, couldn’t they possibly also teach us how to make our families and society stronger – after all, the Christian Roman Empire (or Byzantine Empire as is generally known) lasted and thrived for more than a thousand years. Could they possibly have the formula of success or the secret ingredients we need?

If we humbly draw from this well of knowledge and wisdom there is no possibility that we will go wrong. If we ask for God’s guidance and protection there is no chance that we will fail. If we turn to Him who made and fashioned us we will receive the fullness of understanding, the fullness of the Truth and Life. For He said it: “I am the Way, and the Truth and the Life.” (John 14:6) Those who follow Him will know the Truth, and the Truth will make them free (John 8:32) for there is only one Truth and that is the Logos of God Incarnate, our Lord and God and Savior Jesus Christ.

The Rev. Dr. Papageorgiou is pastor of Holy Transfiguration Church in Marietta, Ga. He writes and lectures extensively on theological themes and issues.