The Shadow of a Priest

Introduction from the editors of Orthodox America: Some years ago one of our readers sent us the following article. Since then it has sat in our files, suffering the characteristic neglect of the subject at hand. Neither the source of the article nor the author is identified on our copy, and we are therefore unable to ask permission to reprint it and to give proper credit. Nevertheless, the article draws attention to an important concern bearing directly on the welfare of our parishes, and we make bold to offer it to our readers. 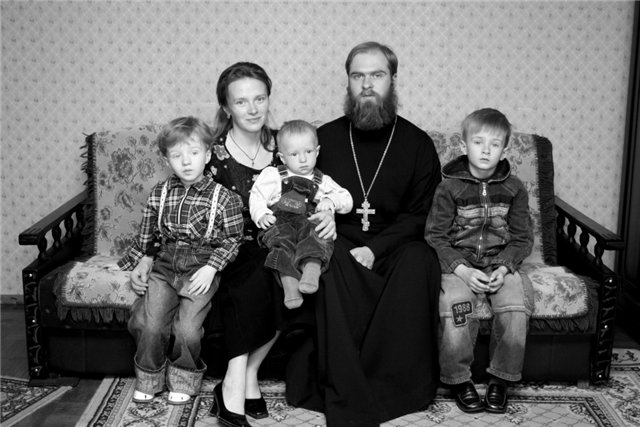 When a woman marries a future priest, she is also marrying, in advance, his future parish and his priesthood. When he is ordained, his wife can often be relegated to a life of isolation, neglect, and ceaseless beady-eyed scrutiny.

Whether we call her “popadija,” “matushka,” or “presbytera,” the name itself tells part of the story. The priest’s wife becomes an extension of him. Women who thought this would be a symbol of status and honor are often mistaken. Frequently, it only makes them a target and the wife of a priest can often suffer more stress than her husband.

When the Alban Research Institute recently conducted a program on stress among clergymen, they found that the stress scores of their wives were often higher than those of the clergy themselves. A list of stress and “burnout” factors for clergy wives showed the following major problems:

2. Lack of support from a congregation, which usually sees the priest’s wife as a role model rather than an individual.

3. The assumption that when the bishop assigns a parish priest, his wife is also assigned and is somehow responsible to the parish.

4. The burden of running the church house on a shoestring budget under the often critical and uncompassionate eye of the congregation.

5. The financial hardship of raising children and running a household on a priest’s salary.

Underlying all the problems is the reality that a priest is married to the parish first and to his wife second.

Matushka Alexandra knew that being a priest’s wife was no guarantee against marital troubles. Her father had been a priest and she had seen her mother struggle with neglect and isolation. But when she met Serge as a seminarian and they decided to marry, she was convinced their marriage would be different. “I was going to do it right,” she says with a somewhat cynical laugh today, after twenty years as a matushka. “I had this beautiful, idyllic picture. We were going to be a team. We would love everyone and they would love us.”

It didn’t take Alexandra long to discover that, like her mother, she would find herself alone much of the time and be confronted with many unloving, sometimes mean, and malicious parishioners.

At the first parish to which they were assigned, they had a four-room apartment attached to the church. Matushka could never cook, do laundry, or do household chores while people were at the church for meetings or any other functions; the sounds and smells from the apartment could be detected from the church or its basement hall. Moreover, when the children came along, they had to be kept quiet when any meetings took place or when anyone came to visit Fr. Serge. When the children played in the yard, which was shared by the church, someone would always find cause to complain about them.

Popadija Maria’s father died just a week after she lost her first child. She became very depressed and entered a hospital for treatment. Some members of the congregation called the bishop and told him, “We don’t want a priest whose popadija has emotional problems.”

When popadija returned home, she was shocked by the lack of sympathy. One woman curtly told her: “I think you would be better off if you didn’t spend so much time thinking about your own problems.” She received very little support from the parish and her husband was so busy with parish work that she found herself all alone with her problems while the priest had time for everyone else. “Everybody’s needs always came before mine.”

Divorce is difficult for any family, but it presents special problems for clergy families. Always having to take second place to the congregation, having to cancel plans repeatedly for someone else’s often very petty concerns, and having one’s children constantly being judged and accused creates more stress than some wives can bear.

Presbytera Juliana was full of zeal when she married Nicholas, who was about to graduate in Boston. Her husband was very zealous and threw himself into his work Before long, Presbytera found herself going to art galleries, exhibitions, and even walks in the park alone. “I may as well have been a widow. We had one daughter, and I wanted another child, but there wasn’t even time for that. My husband was always with some parishioner, at a hospital or nursing home, or in his print shop. I admired his work, but I am a human being, a woman, and a wife. If I had been only another parishioner, I would have gotten more of his time and attention than I did as a wife.” Fr. Nicholas gradually became less sympathetic to his wife’s complaints and she found that her life was just slipping into emptiness and loneliness. Finally, she could no longer take it and sought a divorce so she could build some kind of life for herself.

When the priest’s home life is upset in this way, he cannot really give proper service to his congregation. A priest’s wife often suffers cruelly and needlessly from the thoughtlessness of parishioners and the neglect of her husband. They are often not even accorded the common courtesy and respect due to any human being.

Parishioners should take those things into account. Instead of always discussing the priest’s wife and judging or assessing her, why not make it a point to assess critically your own attitude and behavior toward her? The better and more peaceful the priest’s home life is, the better the life of the parish will be,

Love, understanding, and compassion are requirements of our Orthodox faith.

Postscript from Orthodox America: To be a real matushka is indeed to follow a difficult path, and it is important to be aware of common “occupational hazards.” But lest the potential matushka be discouraged by the “burn-outs” described above, it should be made clear that the role can be deeply rewarding. It is a high calling, offering many opportunities for spiritual growth, and the woman who is earnest in fulfilling the varied responsibilities it entails—not only external but, more importantly, internal–will make rapid progress in ascending the ladder of virtues. 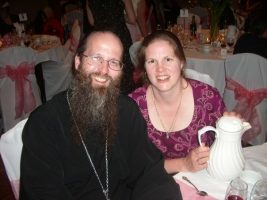 When There Is Good Work Going…
Maria Nekipelov

On her mother’s side, Matushka Anya Marshall is a third generation Russian-American. Her grandfather was born…