The Soul Is A Mirror

Source: Glory to God for All Things
Archpriest Stephen Freeman | 27 May 2019 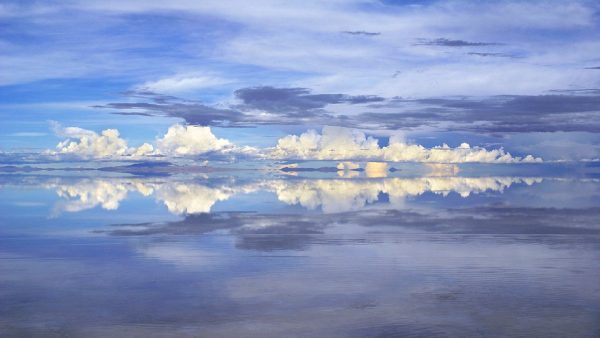 The soul is a difficult thing to speak (or write) about. First, the word is used so commonly and widely that its true meaning becomes obscured. Second, the soul is largely unknown to each of us, despite its primary importance. So, I will begin by giving its simple meaning: the soul is our life. When we hear the story of Adam’s creation we learn that he is fashioned out of the earth. Then, God breathes into him, “and he became a living soul.” The soul is the life (there are no dead souls), and the life is a gift from God, the “Lord and Giver of Life.”

There is, of course, what we could call the “bios” of our existence – the mere fact of our biological life. But this alone does not constitute what is meant by “soul.” The soul is not only our life – it is our true life – our authentic existence. It is this authentic existence that is largely hidden from us. It is covered by so much that shapes our experience: pain, suffering, shame, dark intentions, fear, etc. In fact, much that we describe as our “existence” is little more than the effects of these experiences, particularly as they shape and energize the passions (our various desires). Here is a short description of St. Gregory of Nyssa’s thought on this point:

The journey towards salvation is marked by a successive elimination of all that we “have,” in order to reach what we “are.” The safest path and surest refuge is not to be deluded and fail to recognize ourselves – who we truly are. We should not believe that we are seeing our Selves when we are only seeing something that surrounds us – our body, our senses, the idea that others have of us.

For anything unstable [that which changes] is not us.

The soul is purified in this way, as she lays aside garment after garment. So, the ideal [salvation] will appear as that supreme instant wherein the soul, having laid aside all of her “corporeal” veils, presents herself naked and pure in spirit to the vision of God in a divine vigil. (from Presence and Thought: An Essay on the Religious Philosophy of St. Gregory of Nyssa, Hans Urs Von Balthasar, 1995. Kindle 1469 ff.)

There is an unchanging (stable) reality that abides throughout the whole of our existence. Often, I think it is possible for someone to feel as though this reality has been misplaced or buried. Childhood, when it is innocent and largely undamaged, gives easy access to this reality – it is the soul.

Among the more interesting experiences for a priest is the confession of children. The one thing I am certain to avoid is trying to teach children about sin when it is not part of their conscious existence. Convincing a child that there is an external parent (God) watching and judging their every thought and action is almost certain to create a certain distance from the soul itself. The question, “Am I ok?” is the language of shame, of broken communion, even communion with the soul. But, having done this now for 40 years, I can say that I see a gradual awakening in each child, an awareness of broken communion. The role of a confessor is not to widen that gap, but to help a child learn how it is bridged in Christ. I tell parents, “The only thing I want a child to know at first is the absolute certainty of God’s unchanging and unconditional love.” It is only in the context of such safety that, in time, an older adolescent can find the forgiveness and healing that they will inevitably need.

If this is true of children, it is true for adults as well.

When Adam and Eve hide, it is the exposure of their nakedness that drives them away from God. This is shame. They are not hiding because they are afraid of God; they hide because they cannot bear their own nakedness. They have become alien to their own souls. And so, God, in His mercy, covers them. In confession we draw back the covering and dare to look towards our own soul. And (in Orthodox practice) we are then covered by the priest’s stole (epitrahelion) and drawn into communion with God as we hear the prayer of absolution.

What do we see when we look within? We usually see sin, embarrassment, failure, loneliness, the passions. These things are certainly there, but none of them constitute the soul. They obscure the soul. We come to know the soul (our own true self), and thus to see God, as we slowly clear away the detritus that covers the soul as mirror. This is asceticism in its many forms. Far more than simple fasting and prayer, it is primarily repentance, the refusal to call everything that encumbers the soul “my true self.”

There is a strange, inward paradox that accompanies this struggle. We naturally draw back from the things we see within ourselves that separate us from God. There can be an element of disgust (a form of shame). If we persist in identifying ourselves with that which disgusts us – then we discover that we stand in a position of alienation in which we have communion with nothing [non-being]. The struggle of a fastidious personality can be a path of abiding misery and loneliness. It is burdened by scrupulosity, driven to “clean things up.” It cannot bear the company of others (including God) unless the inner house is in order. The logismoi(thoughts and voices) that accompany this can be experienced as a terrible torment. Sometimes this is a pathology even requiring some form of medical intervention.

As a confessor, I listen carefully for this “voice” (the fastidiousness). Tragically, the normal prayers that are read as part of our devotions can be taken up by this voice as a reinforced version of this torment.

The paradox lies in the fact that the things that disgust us, that are truly made up of things we have thought, said, or done, are not actually the self – the soul. However, we instinctively withdraw from an experience of disgust (and related experiences). The effort to “bear a little shame” is contrary to these instincts. As such, looking past them is a deep ascesis. We instinctively want to eat, but we fast. We instinctively want to sleep, but we keep watch. Ascetical practices step over certain instincts for something greater. This is the virtue of courage.

It is with an element of courage that we sit with our shame in the presence of God and allow ourselves to move beyond it towards the true reality of the soul – that which is changeless and abiding. Nyssa says, “To contemplate God is the life of the soul.” De infantibus, III, 176 A.

In the story of the Prodigal Son, the young man falls into terrible sins and a wasteful life. However, we are told that “he came to himself” (Lk 15:17). This phrase makes it clear that he himself (his soul) is not to be identified with the terrible sins and a wasteful life. They are alien to him. In truth, he was fleeing from himself when he left the Father’s house. When he “comes to himself,” he returns to his true home.

In the Father’s embrace, there is only the true life (soul) of the younger son. There is no recalling of his failings in the words of the Father. “This my son was dead” (alienated from his soul), “but now he is alive.” And as he stands in the Father’s embrace, he perhaps sees the Father truly for the first time, now reflected in the mirror of his own soul.

Most viewed articles
Hierarch from North Macedonia Gives Advice to the Ukrainian Orthodox Church90
Can God Break A Promise?82
Patriarch Kirill: Faith in the Lord Gives Us the Ability to Distinguish Between Good and Evil72
Participating in God’s Vision72
First Orthodox Prayer Book in Portuguese Published in Portugal71
Metropolitan Hilarion: Faith is the Foundation of the Religious Life44
Lessons from Saint Mary of Egypt31
Representative of Russian Patriarch Delivers Rehabilitation Facilities to Children in Syria28
Patriarch Kirill: We In No Way Question the Healing Power of the Holy Mysteries of Christ!23
Ethiopian Patriarch Thanks Patriarch Kirill For the Support During the Persecution15
Most popular authors
Pravmir.com team297
Fr. James Guirguis82
Priest Dustin Lyon72
Metropolitan Hilarion (Alfeyev)44
Justin Doty30