I know Christians who were saddened that the Patriarch did not somehow intervene in the proceedings regarding the hooliganism that took place in the Cathedral of Christ the Savior. I think that these are sincere believers who strive to live according to the Gospel and to be good Christians. I have never before seen such conflicts between burning zeal on the one hand and experience and wisdom on the other.

Moreover, I have participated in them – on the side of zeal. I remember how I became indignant when, in my presence, a doctor spoke sharply with a drug addict whom other believers and I had been trying to help. After all, Christians are supposed to have the same kindness, the same all-forgivingness, and the same boundless mercy as Christ. (I had lost sight of the fact that Christ Himself could be rather sharp at times.) The doctor patiently explained to me that when an addict lies to you, you need to confront him directly; and that, in general, if you allow an addict to take advantage of you, you will destroy him. 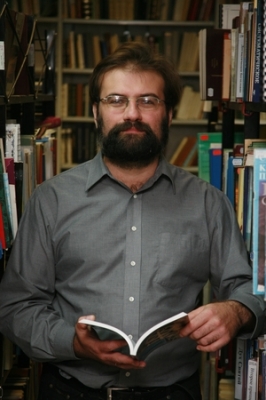 Sometimes a person (an addict in particular, but not exclusively) should be left to reap the fruits of his actions, to give him something to think about. The soft pillows with which well-intentioned Christians (or loving relatives, or someone else) try to surround him will only serve to destroy him. You need to remember that this person wants something from you, and it is up to you to decide whether or not you should give it to him.

A similar situation is unfolding now. Representatives of the well-known punk group have released a statement in which they not only do not express any regret for their action, but even insist that it represented “warm and sincere prayer.”

In this regard, Marat Gelman wrote the following on his blog: this group “came to change the church. And to revive Christianity in Russia. There you have it. Yes, they will not be released. And, generally speaking, this is not a punishment, but simply the price they are paying for the future.” Another well-known blogger, Maxim Kononenko, writes: “I hope that in time they (and not those standing at the head of the church) will be numbered among the saints.”

Of course, this gives rise to the following question: if these people are true Christians, and the Russian Orthodox Church is not alien to true Christianity, then why do they burst into Russian Orthodox churches? They should establish their own true-Christian confessions, practice there whatever prayers they most prefer, canonize whomever they like, and not go bursting in on us.

Historically speaking, every heresiarch has tried to restore “true Christianity.” Nonetheless, however wrong all these people were, they at least were believers. Today we are dealing with a strange religious phenomenon: heresiarchs who themselves quite openly do not believe in Christ, but who at the same time point out what true Christianity should be and undertake efforts to revive it. What is particularly surprising is that some believing people are prepared to listen to them rather than to the Patriarch. From the tempter’s side, this is just so much aerobatics.

Or is it, rather, less a matter of the adversary’s keenness than of the lack of judgment on the part of some of us?

They want something else from us: that we would recognize that jumping on the solea with one’s back to the altar and cursing with unprintable words in church represent “warm and sincere prayer”; that we would allow people decidedly external to the Church to decide what can and cannot be done in its temples, and what Christianity in Russia should look like; and that we would recognize the right of absolutely anyone to perform absolutely any kind of disgrace in our churches.

When such claims are made under the banners of “forgiveness” and “mercy,” we are being lied to – and let us simply point this out. There is a point to saying to a manipulative person: “you’re lying.” Sometimes this can be helpful.

“Mercy for the fallen” implies that they have fallen – but our critics (just as the participants of the group themselves) insist not only that they are not fallen, but that they are “true women of prayer” and “renovators of Christianity,” that they are being “persecuted for righteousness,” and that they are, in short, “saints.” The group that supports the disgrace in the Cathedral of Christ the Savior is not demanding forgiveness or mercy – nor have they ever demanded it. Christians who are sincere, but naïve and vulnerable to manipulation, should pay attention to this. They do not need your blini [1]. They do not even need anyone to get them out of the detention center: this is the “price they are paying for the future.” You cannot stop them from paying it, if that is what they want. They are simply mocking you.

One does not need to get angry with this – in fact, they want you to get angry – but rather to look at things soberly. They are lying to you, they are manipulating you, and they are mocking you. The Patriarch, who has likely seen no small number of such manipulative people in his long years of pastoral service, has not been misled. Less experienced Christians have been misled. But let us at last recognize the obvious: the Patriarch was right.

[1] A reference to a remark made by another Orthodox commentator, suggesting that the members of the group should have been offered blini (pancakes served most often in the days leading up to Lent) rather than being chased out of church.

Most viewed articles
Five Signs of a Modern Pharisee208
ROC Holy Synod Discusses the Announcement of the Patriarchate of Alexandria Concerning the Establishment of the ROC Patriarchal Exarchate of Africa156
Bad Habits And Their Cure110
Medical Workers Walk 1.5 Km Through Snowdrifts and Save the Life of a 100-Year-Old Woman107
Grains of Wisdom and Piety Book Published87
Trial of Politician Defending Traditional Marriage Begins in Finland84
150th anniversary of the establishment of the North American diocesan see in San Francisco51
Time for a Course Adjustment?36
Church from time of St. Stephen the Great becomes monastery17
Most popular authors
Pravmir.com team485
Archimandrite Markell (Pavuk)208
Saint Nicodemus the Hagiorite110
Fr. Stephen Powley36
Ștefana Totorcea17