The Vladimir Icon and God’s Role in History

The Vladimir Icon of the Theotokos is honored three times a year: on May 21/June 3, the icon’s role in the deliverance of Moscow from Khan Memed Giray in 1521 is commemorated; on June 23/July 6, the icon’s help in saving Moscow from Khan Achmed in 1480 is remembered; and on August 26/September 8, the Meeting of the Vladimir Icon in Moscow, responsible for keeping Moscow out of the grips of Khan Tamerlane in 1395, is celebrated.

In the following excerpt from a sermon delivered at the Sretensky Monastery in Moscow on June 3, 2009, His Holiness reflects on the spiritual and historical significance behind these three commemorations. 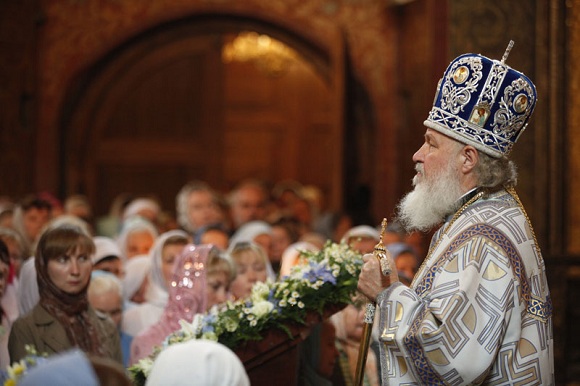 There are three annual feast days of the Vladimir Icon of the Mother of God, each one dedicated to a military victory that delivered Moscow from invasion by Khans of the Golden Horde. Bound up with this image of the Queen of Heaven is faith in her special intercession for Moscow, Russia, and the Russian Church. This explains why this image is so revered in Moscow and throughout our entire Fatherland.

What does the historical event remembered today, reflected in the Church’s memory and celebrated liturgically on this holy feast day so marvelously, teach us? It teaches us a great deal. When the townsmen learned of the vision [of the icon in Moscow in 1521], they understood that the Lord, through the intercession of the All-Pure One, had forgiven their sins. In the minds of our pious ancestors, the Khan’s invasion was firmly related to their sins; it was seen as a punishment for sin. This is how military defeat, civil unrest, and upheaval in our people’s history were always perceived.

People lived deeply religious lives; faith was not at the periphery of their lives, but at the very center. The majority of our people had a vibrant and deeply personal experience of religion, one that apprehended the Divine presence in their lives. Therefore their fear of God was strong. When misfortunes took place, it would never have occurred to them to explain these cataclysms as being the results of political, economic, social, or other causes; they would not place the blame somewhere off in the distance, defending themselves against God’s judgment, as if to say: it is not we who are guilty, but this series of coincidences, these laws of history, or whatever else.

Everyone has the right to his own interpretation of history, and scholars explain it in their own way. The Church, however, has the right to examine the historical paths of a nation spiritually. The believer also has the right and ability to see the hand of God both in his own life and in the history of his Fatherland, as well as to perceive Divine punishment. If we hold on to this view of history, much from the past will become clear to us and much in the future can be guarded against.

Some people wonder: “Why was the last world war so terrible and bloody? Why did so many people perish? Where did this incomparable human suffering come from?” If, however, we were to look at this military catastrophe as our pious ancestors did upon the past and present, it would become perfectly obvious that this was a punishment for sin: for the entire nation’s terrible sin of apostasy from God, of trampling on holy things, and of blaspheming and mocking the Church, holy things, and the faith. Could all this simply have been easily passed over, without judgment of the terrible things in our nation’s life, such as the elimination of the faithful part of society, the destruction of the Church, and the subjection of people to suffering, martyrdom, and witness? If, instead of this terrible punishment, material prosperity and the ideological victory had followed, would not every sensible believer have been tempted to ask: “Where is God’s judgment? Does it exist only in eternity? Does He not stretch forth His right hand over history?”

The history of our Fatherland – as perhaps no other – teaches us that God’s judgment takes place not just in eternity, but also in history. The Lord, showing His justice, punishes people – and sometimes this punishment is quite awful. The Old Testament is full of such examples. Our history, too, demonstrates that God is not mocked.

This day, like the many other feast days bound up with the history of Russia and our Church, helps one to understand and experience a great deal; and, pressing forward, to remember that the Lord does not punish us only in our personal lives. Not only individuals, but also the human entire community, has been subject to punishment from the universal flood to the last, horrible World War. 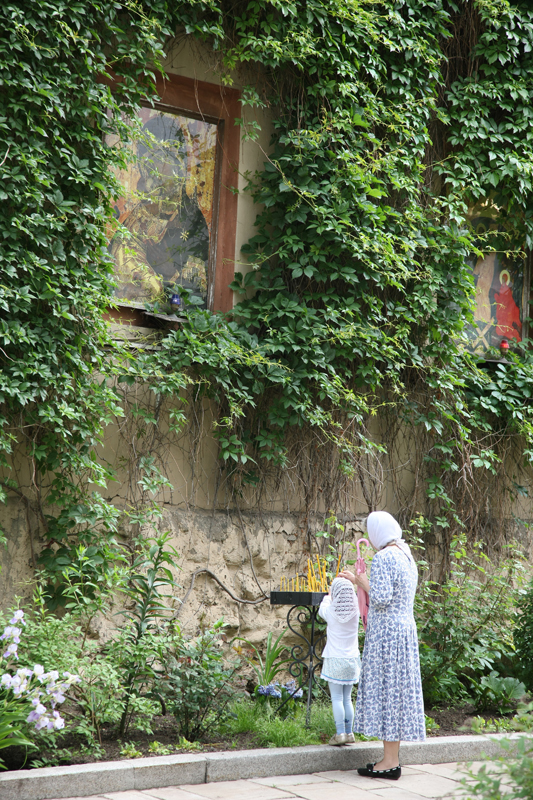 Inside the walls of Sretensky Monastery

Our individual fates and the fate of the Fatherland are in the hands of each of us. This is why we should guard the faith, keep the fear of God, and always remember not only God’s love, but also His punishment, remembering that God’s truth will always be revealed, no matter what attempts have been made to expunge and cast it out from human life. And if God’s truth is present, then there is hope for the eternal triumph of Divine justice and the victory of good over evil. 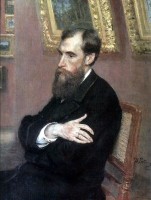 Pavel Mikhailovich Tretyakov, the art collector and founder of the Tretyakov Gallery in Moscow, was born…