On November 28 and 29, the office of the head of the Russian Orthodox Church Patriarch Kirill is holding a conference devoted to teaching and studying theology in universities. Besides clergymen from various regions of Russia, a number of scientists, cultural figures and politicians are taking part in the conference. 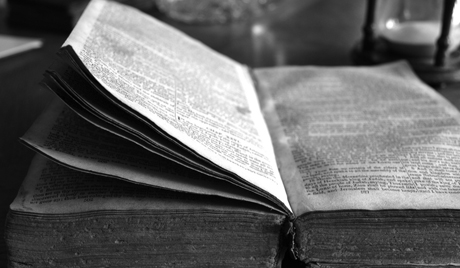 Under the atheistic Soviet regime, theology was not taught in education institutions, except those that were subdued to the Church. Now, Russia’s authorities are conducting a policy of introducing theology in secular institutes and universities. This policy has quite a few opponents, whose main argument is that in a secular state, the Church should not interfere in the sphere of education (besides educational institutions that are subdued to the Church, of course). Some of these opponents even look upon this as an attempt to make Orthodox Christianity the official ideology of the Russian state, like Communist ideas were the official ideology in the Soviet Union.

“Introducing theology in universities in no way runs counter to Russia’s laws,” Patriarch Kirill said at the conference. “I believe that this step fully meets the demands of our time.”

“Theology should not be some exotic subject for a narrow circle of experts or amateurs,” His Holiness continued. “Introducing it in universities is not somebody’s caprice and not an attempt of the Church to impose the religious world outlook on everyone. It is absolutely incorrect to say that theology is introduced in educational institutions as an alternative to physics or biology, like some atheists are trying to depict the situation. I believe that in a country where the majority of people were deprived of an opportunity to learn much about religion within many decades, introducing theology in universities is a demand of time.”

Several years ago, foundations of religion were introduced as a special subject in all schools in Russia. This decision of the authorities stirred – and is still stirring – heated debates in the society. These debates aggravated even more when one year ago, Vladimir Putin, who was then Russia’s Prime Minister and is now President, made a decision to introduce theology in a number of secular universities.

The head of the historic department of the Moscow Lomonosov State University Sergey Karpov says:

“I believe that with the introduction of foundations of religion as a school subject, Russia needs more experts in theology. Like any subject, this one shouldn’t be taught by dilettantes. Thus, more opportunities should be given to people to receive good theological education. I also believe that Russians should know more about their own history and culture – and Russian culture has been based on Orthodox Christianity for many centuries.”

In the Middle Ages, theology was called “the queen of sciences.” The first universities that appeared at that time in Europe were mostly theological. Today, theology is still being taught in many European secular universities. The same was true for Russia before the Bolshevik revolution – but after the revolution, this tradition stopped.

The year when the “rehabilitation” of religion in Russia began was 1988, when it was 1000 years since the introduction of Christianity as the country’s official religion. However, it was only in the early 2000s that theology started to be taught not only in religious educational institutions, but in secular ones as well.

At present, about 50 secular universities in Russia have chairs or departments of theology. For example, recently, a department of theology opened in the Moscow Institute of Nuclear Research.

Religious institutes in Russia are broadening as well. The date of the conference at the Patriarch’s office corresponded with the opening of a department of theology in the Moscow-based St. John Orthodox Institute. The head of this department will be Father Pyotr Eremeev, who has a PhD in theology. 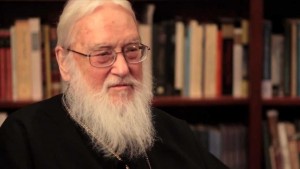