Theology – the Way to Wholeness 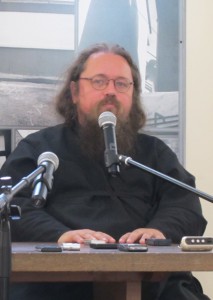 On September 13, 2010 in the auditorium of the Russian Orthodox Institute at St Tatiana’s Church in the Moscow State University, Protodeacon Andrei Kuraev gave a lecture entitled “Why do we need Theology”. He called on students not to misuse the words “the Church teaches” and to be careful with the interpretations of Holy Tradition.

Not everything that happens in the Church is equally holy, or, as Protodeacon Andrei Kuraev put it, ‘equally sacral’. Meanwhile, many who are just setting out on Church life are, for example, inclined to accept as authoritative the opinion of anyone who is more or less connected with the Church, to consider them as “a voice of the Church”. No matter if this is the Patriarch’s opinion, or if it was written by one of the Holy Fathers, or if it was said in haste by a granny from the local parish.

“We need theology to overcome the disease of ‘equal-sacrality’”, Protodeacon Andrei Kuraev assured us.

First of all, in many ways the study of theology is vital so that Orthodox can first of all work out their scale of values, learn to find their way in life, take responsible decisions, which at times go beyond the childish question “What’s good and what’s bad?”

“It is a good question for an infant but not for an adult, because adults do not just have to discern between good and bad, but they have to see the nuances. And there are times when you need to do something bad in order to avoid a greater evil”, he said.

For instance, during the war Churchill sacrificed a small English town so he could have the chance to inflict serious damage on the Germans in the future. But it is not only politicians who face such choices. A schoolteacher can give a higher mark than a pupil deserves and thus make him vain, or else give a lower mark and so hurt a child.

In order to make the right choice, we must have our own criteria and in order to choose the right criteria, we must refer to genuine, true authorities.

Protodeacon Andrei Kuraev cautioned the listeners against using such utterances. “In particular, the culture of Church people who are speaking means that they should not misuse the expression “the Church teaches…” “According to the Church…” said Father Andrei.

“There is only one case when I may start with the phrase “the Church teaches”. It is when I am going to speak about the Symbol of the Faith. Otherwise I should “slow down” and speak in a more restrained way”, said Father Andrei.

Also, affirmations like “the Bible teaches” should be used more carefully. Protestant preachers often misuse that expression. Biblical verses used out of context may have a meaning which is diametrically opposed to what is meant in the Bible.

“The Bible cannot be defended against raiders if there is no defense of the Patristic interpretation. That is why outside the context of the Tradition the Scriptures can be kidnapped and used for totally horrifying interpretations”, said Father Andrei.

To understand the meaning of the Biblical text, it is not enough merely to study the works of the Holy Fathers’. “Like attracts like. In order to understand a spiritual text, you have to be a little spiritual yourself”, the Protodeacon reminded his audience.

But it is also not enough just to study the Bible. “The Bible has no answer to the main question: what do I have to do today?” remarked Father Andrei. It has no ready-made instructions on how to implement eternal values in every concrete situation in life. 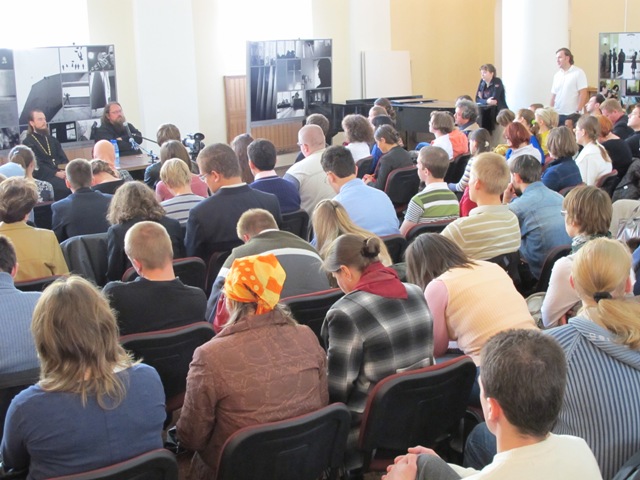 “It is theological culture which is needed here in order to project the Biblical commandments into my life in the here and now. On what page of Bible will I recognize myself as I am today?” said Father Andrei.

According to Protodeacon Kuraev, dogmatic theology is considered to be “the voice of the Church”. But we need to understand that it does not deal with mundane, worldly issues. “All the dogmas are about Heaven”.

One gesture, the fingers put together for the sign of the cross, can express all Orthodox dogmas. As St Gregory of Sinai wrote, “By simply confessing the Trinity in God and the Two Natures in One Person in Christ – that is how I see the little church of Orthodoxy”

“The Church does not dogmatize any aspects of earthly life. All our dogmas are about things which ordinary people do not think about”, Father Andrei reminded his listeners.

That is why it is absurd to ask the Church for its opinion on “Harry Potter” or say that dogmatic theology restricts human freedom of thought.

Dogmas were often adopted by the Church in the course of disputes with heretics, when it was necessary to come to a general decision concerning a particular question. For example, no heresies arose about the ascension into heaven in the flesh of the Mother of God. This issue has not been dogmatized in Orthodoxy, but there is no disagreement on it either. That is why we will nowhere find particles of relics of the Virgin Mary.

Everything that concerns aspects of earthly life is an interpretation of dogmatic theology. But you should be careful here, too. The interpretations of dogmas are found in the works of the Holy Fathers. But it is incorrect to refer to them constantly just to prove that you are right, just as in Soviet times people used to refer to the works of Marx and Lenin. Here we have to understand that sometimes people who were declared saints disagreed with each other on particular questions. There are cases where saints were mistaken in their prophecies or where their opinion could only be referred to in a particular historical era. “The Holy Fathers were children of eternity and children of their time”, Father Andrei reminded us.

Thus, St John Chrysostom was accused of wanting to defrock a deacon who had beaten his slave. Nowadays it is impossible to imagine that a deacon could even have a slave.

That is why we should study the works of the Holy Fathers with great care in order to work out what is applicable to our life and what is not. This is theology.

“We should speak as if we were ready to be summoned to appear before a judge tomorrow”, said Father Andrei.

At the end of his talk Protodeacon Kuraev noted that if we are to have a just appreciation of reality and be a truly cultured Church person, then we need to study the Holy Scriptures and the writings of the Holy Fathers constantly. “There are extension courses in every profession”, said Father Andrei. Similar “courses” for priests and laity as well as educational institutions for monastics, monks and nuns, might also be very useful to the Orthodox Church.

“It is not so easy to hear and make out the voice of the Church. We need the culture of Church life, experience of life. Theology is a way of making human life more whole, as people learn integrity. Theological culture is necessary in order to combine our essential convictions with the peripheral matters of life, with the minor details”, concluded Father Andrei. 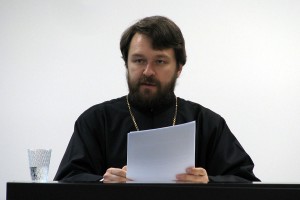 April 4, 2013 On 3 April 2013, Metropolitan Hilarion, chairman of the Moscow Patriarchate’s Department for… 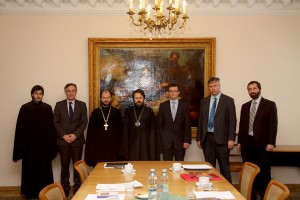 March 29, 2013 On 29 March 2013, Metropolitan Hilarion of Volokolamsk, chairman of the Moscow Patriarchate’s… 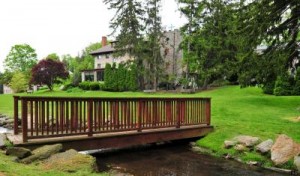 Priests, chaplains, and other professionals in ministry may now earn an accredited Doctor of Ministry (D.Min.)…