There is Hope for Power-Hungry Disciples, a Prostitute, and Us

The tragic events of the last week both in Boston and in West have reminded us all of the brokenness, pain, and corruption of life in the world as we know it.  God did not create humanity for terrorist bombings, industrial explosions, fear, mourning, and suffering, but to participate in the peace, joy, and holiness of the heavenly Kingdom even as we live in the world He created.  As we near the end of Lent this year, we should have no illusions about how far human beings have fallen short of fulfilling the Lord’s purposes for us. 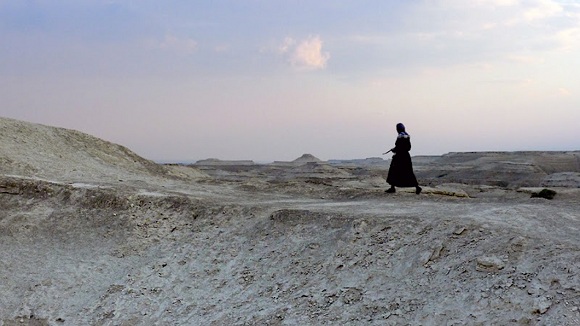 His reign has nothing to do with the pursuit of worldly glory and power of the sort that James and John sought by asking Christ for positions of honor.   Our Savior told them that they did not know what they were asking, for to follow Him into the Kingdom will require that they drink the cup and undergo the baptism of suffering and death.  The Lord reminded them: even the Son of Man did not come to be served, but to serve, and to give His life a ransom for many (Mark 10:45).  The world still looks down upon humble self-less service that puts others first, but that is the way of Christ’s salvation and of all true discipleship.

On this fifth Sunday of Great Lent, we remember St. Mary of Egypt, someone who also had to abandon the ways of the world in order to follow Christ.  She had been a prostitute and a slave to her own perverse sexual passions.   Her life was an obscene scandal, but that changed when an invisible force prevented her from entering the Church of the Holy Sepulcher in Jerusalem.  She then asked for the help of the Theotokos, entered the church to venerate the Holy Cross, and obeyed a divine command to spend the rest of her life in repentance and strict asceticism as a hermit in the desert.  When the monk Zosima stumbled upon her almost fifty years later, he was amazed at her holiness.  But like all the saints, she was aware only of her sins and her ongoing need for God’s mercy.

Like hateful violence, sexual immorality stands as another symptom of fallen humanity’s spiritual disease.  Regardless of what is popular or easy today, the faithful and lifelong union of man and woman in marriage remains the only context for the sexual joining of two human beings that the Body of Christ has ever blessed or affirmed. Marriage is a sign of the relationship between Christ and the Church and is ultimately for our growth in holiness, for our salvation. Passions and desires may tempt us to other kinds of behaviors and relationships, whether we are married or single. Regardless of the particulars, no kind of physical union outside of true marriage provides a way to participate more fully in Christ’s victory over sin and death.  We will only make our spiritual state worse by engaging in other activities.

St. Mary of Egypt presents a powerful counter-cultural example that, yes, it is possible to resist even deeply rooted temptations and to turn away from corrupt ways of living that have become all too familiar.  Do not accept the lie that life was so much easier for people long ago.  Human nature has not changed and our struggles today are surely no harder than hers. When St. Mary of Egypt prayed before the icon of the Theotokos, she acknowledged for the first time the sad truth about her life.  She had heard in the past that Jesus Christ came to save sinners, and now she knew that she was one. And that humble confession was the beginning of a life of such holiness that we devote a Sunday in Lent each year to her memory.

Have you ever noticed that we do not hide repentant sinners in our Church? Instead, we put them on icons and sing about them because they are wonderful examples of the kind of people we hope to become by God’s mercy. So take heart and keep hope alive.  The same Lord who patiently corrected power-hungry disciples and who made a great saint out of an enthusiastic prostitute wants to make each of us shine with the light of holiness also.  But for that to happen, we have to follow their example of repentance by humbly setting right what has gone wrong in our lives, serving others in humility, and fighting even our deeply rooted and most appealing passions.

Yes, in Christ Jesus there is hope for us all, no matter what we have done or who we have become.  Now, so near the end of Lent, it is time to get over our pride and embarrassment, to take the medicine of confession and repentance, and to follow our Savior to His cross and empty tomb.  For He is still the One who brings light into our darkened world and heals all our wounds. 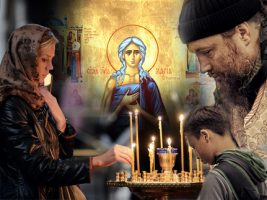