Time for a Song 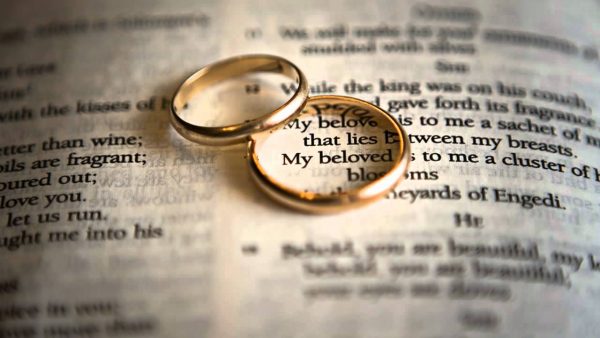 My grandchildren are growing up in an odd world, much odder than grandpa could have imagined when he was their age. Much of the oddness and insanity in their Brave New World has to do with sexuality and gender. Their school system encourages them to regard homosexuality and lesbianism and all other possible combinations of coupling as equally legitimate and normal. It also encourages them from Kindergarten onward to choose their gender. Their eye colour, race, and age may be immutably set and settled by virtue of biological realities (so far), but not their gender. Regardless of what the doctor and nurses observed and recorded when they were first born and emerged from mommy, they are now informed by the highest educational authorities, fortified by the highest courts of the land, that gender is something one may choose, like one’s favourite colour or one’s favourite hockey team. The old story, common to all epochs, religions, and civilizations, and memorialized in countless tales of “Boy meets girl, boy falls in love with girl, boy marries girl” is now considered hopelessly passé, if not perhaps even ideologically pathological. Your government and Big Brother are increasingly on the lookout for such cultural parental deviations from the government-prescribed norm. Like I said: odd indeed.

It is therefore, I suggest, time for a song—specifically, the Song of Songs, which is Solomon’s. The Song of Solomon always sat within the canon of Scripture perhaps a bit uneasily—all those breasts and kisses and legs and eyes seen behind the veils, and the pervasive scent of perfume. When was the last time you heard a sermon on that? One gets the idea that prior generations of preachers and exegetes—especially the celibate ones—were a little unsure about what to do about it. Are we sure, some of them perhaps asked, that the Song of Solomon was supposed to be included within the canon of Holy Writ?   One way of dealing with it all was to run all the erotic references (i.e. pretty much the entire Book) through the strainer of allegory, so that the author was not talking about breasts, kisses, legs, and eyes but about Something Else. We see the result in some of the extra-textual notes in our Bibles: above the text which reads, “He brought me to the banquet house and his banner over me was love…His left hand is under my head and his right hand doth embrace me”, we find a summary of the text at the top of the page which reads: “Christ’s care of the church”. We need not ask exactly what his right hand doth embrace; but we may rest assured though that it has nothing to do with sex.

Such a thorough and relentless use of allegory to do away with those breasts, kisses, legs, eyes, and embraces produced the inevitable result of the thorough and systematic rejection of the allegorical method. It seems that there is an exegetical physical law which states that “for every idiotic exegetical action there is an equal and opposite idiotic reaction”. If the use of allegory was used to suppress the plain meaning of the words, we can count on seeing an opposite reaction which rejects the use of allegory altogether. Thus when I went into my nearby seminary library and took down from the shelves all the commentaries on the Song of Solomon I found that pretty much all of them agreed that the allegorical method was of no use whatsoever in gaining an understanding of the text, and all the ancient authors which used the allegorical method could go hang. (Scholars of course rarely speak with so plainly; the actual words were, “To read a hundred allegorical interpretations is to be depressed, and to want to discard the whole…I do not believe that the allegorization of any text of the Song is of theological or exegetical value”.)

An Orthodox reader of Scripture will find this rejection a bit extreme. If St. Paul can read the account of the creation of man and woman in the Book of Genesis and interpret it allegorically as also referring to Christ and His Church (Ephesians 5) it is difficult to imagine why such an allegorical method may not also be applied to the Song of Solomon. Surely both the literal and the allegorical methods are legitimate?

It is this conviction that has inspired my commentary on the Song of Solomon. Our current confusion about sexuality and gender has convinced me that we need to listen afresh to the literal meaning of the text with its exultation in the creation of a binary sexuality, so that “in the beginning God made them male and female” and that this binary sexuality remains “very good”. Realizing that true life involves more than these merely physical realities made me appreciate afresh the Church’s ancient allegorical reading of that text. Granted that an arbitrary use of allegorical application has contributed to the modern distaste for and rejection of allegory as a valid tool for interpretation, I still thought that the allegorical method might be rehabilitated and fruitfully employed, and I have attempted to offer such a model which successfully avoids the apparent arbitrariness of some allegorical interpretations. We need to see both how binary sexuality grounds us in reality, and how a use of the allegorical method can bring us to further and deeper levels of this same reality. I have worked long and hard on this commentary, and it is the fruit of internal dialogue and debate with all the English-language scholars on the text that I could find. I believe that reading it will be worth your time. I hope you will read it (it can be ordered here) and that it will bring you closer to our heavenly Bridegroom. We do live in an odd world, and need all the help we can get—including help from the Song of Songs, which is Solomon’s.