Source: Orthodox Path.org
The fathers of the Orthodox Church feel the need to make a beginning namely to start living rightly at each moment, to start the spiritual life at every instant. Every day the saints made a start and without realizing, reached the ultimate destination.
Archimandrite Symeon (Kragiopoulos) | 09 December 2015 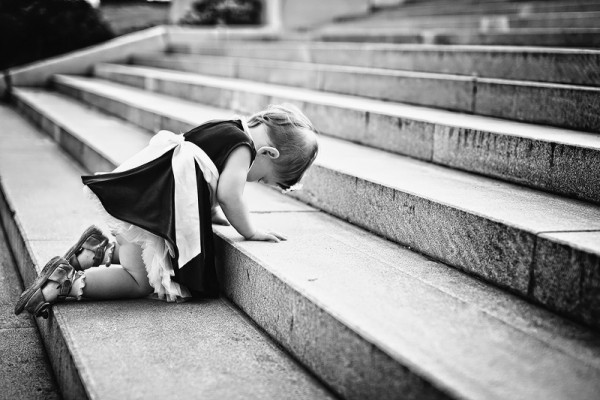 In the texts of the holy fathers we frequently encounter the exhortation: “to make a beginning”.

Someone ought not only to think that it’s good to say and good to do such a thing, but should also feel the need to say “I am making a beginning”, “I will make a beginning”, at every moment. Not only should we think and feel this in the beginning of a year, not only at certain life milestones, nor only at the start of the week, but at each and every moment of our lives. Certainly, the more often someone makes a start, the better.

I fear, however, that we don’t exactly know what that means, or what someone really means when he mentions this phrase.

And so, what does “make a beginning” mean?

The fathers of the Orthodox Church feel the need to make a beginning namely to start living rightly at each moment, to start the spiritual life at every instant. Every day the saints made a start and without realizing, reached the ultimate destination. Therefore, while making a beginning, someone appears to be at the start and on this side, and yet doing this, he finds that he has reached his ultimate destination.

I will give an example without delay so as to initiate us into the theme a little. A small child desires to climb the staircase which leads to his house. He raises his little foot to the first step and tries to raise his other foot too. He doesn’t manage to, and falls. The little child tries again, and again doesn’t manage; and again he tries, and again he falls. He continues his effort, without considering that he failed once, twice … This reality of failure does not bother him at all. The child’s mother watches him from the upper landing, without him noticing. Seeing her child’s effort, and that he isn’t at all bothered by his failure, she descends, takes the child in her arms, and the child ascends the staircase outright.

We could say that somewhat this resembles man’s attempt to live the spiritual life. Man needs to show that he wants to spiritually progress, and to attract God, by his labours. For, if man doesn’t do that which he can, God won’t do what we as humans choose not to do. Man is unable to create a spiritual life on his own. Rather, the spiritual life is a gift of uncreated Grace.

I dare say that we now better understand how the saints, while making a continuous beginning, reached their ultimate destination.

Make Good Use of Pain

How good it would have been if we did not let pain go to waste! One way or…

What Does “I Make a Start”, Mean in Practice?

Like the deep sea… Spiritual work happens secretly in the heart. Externally, let everything else threaten us. Like…