The way things go today, sometimes it hard to tell the imitation from the real thing. 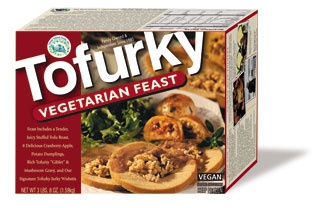 Before I found a healthier way of eating, I use to eat a lot of imitation food thinking that is was good for me. Its amazing what they can do with things like soy. They can make imitation milk, imitation chicken, imitation hot dogs and hamburgers, and even a whole imitation turkey.  Oh, I was never swayed by the word “imitation” to believe that any of these foods resembled the real thing, but it always amused me that they tried to convince me otherwise. Yet, even if you get away from altered soy products, so many foods are imitation or use a lot of ingredients that are not natural ( I could go into the joys of pink slime, but I’ll avoid the temptation).

But how do you know when you’re in the presence of the real deal? This is especially important when you are dealing with things like love and friendship. I am sure that like me, there have been sorrowful times when those you love proved to be false, and sadly there have been times when I have been a false friend.  Likewise, I have encountered imitation Christians and have at times been an imitation myself.  There is very little about me that is original.  Every since I was a young man, I found people whose life or spirituality I tried to imitate.  Usually, I failed to imitate them and ended up as an imitation, a tofurky Christian, far from being the real deal.

The thing is that we will never learn much if we don’t imitated someone.  They say that imitation is the highest form of flattery, so I guess the question is who I imitate.  Today, in 1st Corinthians 4, St. Paul said, “Be imitators of me because I imitate Christ.”  So even St. Paul was an imitation Christian, yet he was not tofurky. He was the real deal. So how do I, a person living almost 2,000 years later in a much different context,  imitate St. Paul.

Fr. Basil Aden of Christ the Savior Orthodox Church, Rockford, Il., shared  in a sermon on his blog page that Holy Tradition is imitation. Just like the way a baby learns by imitation, so we also learn to be Christians by imitation. Fr. Basil says, “The Church is “apostolic” when it imitates the way of life of the apostles.  That way of life is the true “Holy Tradition,” far more than a set of customs, teachings, or proceedings of an organization.” ( http://ctsorthodoxchurchil.blogspot.com/)

This is an interesting take on Tradition, and it makes sense, but you may not like the implications. In this part of the Scripture, St. Paul tells us that the apostolic way is to be considered a fool, weak,  without honor, hungry, thirsty, hassled, reviled, persecuted, evil spoken of as the rubbish of the world.  That’s pretty tough, but there’s even more. The apostolic response to such things is when reviled, to bless; when persecuted, to patiently bear up; when evil spoken of, to beseech, and so on, and to do it all for the well-being and salvation of others.

If that’s the real deal, then I’m not too sure I can imitate that. Such things go against the grain of modern folks. As the old Christian folk song goes, we must “guard each man’s dignity and save each man’s pride (especially my own because I am so easily offended).” Its easier being tofurky. That way, you will think well of me because by my packaging I look very appealing, even healthy (that is until you take a bite).

So, friends, don’t imitate me. Imitate Christ, or St. Paul, or one of the Saints.  That way, you might avoid being a tofurky Christian.