U.S. Secretary of State thanks Metropolitan Hilarion of Volokolamsk for words of sympathy and support following terrorist attacks in Boston 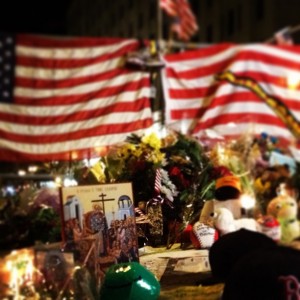 H.E. Mr. John F. Kerry, the Secretary of State of the United States of America, sent a message to the chairman of the Moscow Patriarchate’s Department for External Church Relations, in which he thanked Metropolitan Hilarion of Volokolamk for condolences over the terrorist attacks at the Boston Marathon.

“The attacks revealed all at once the best and worst of humanity – on the one hand, pure evil – and on the other, the courage and selflessness of first responders who treated the wounded, bystanders who pulled away the rubble, neighbors who opened their homes to the displaced, and, of course, people like you so miles away who reached out to me and to our country in sympathy and solidarity,” the letter reads.

“On behalf of the families of my hometown who have sustained injuries and lost loved ones, I particularly want to thank you for your warm and generous words of support.”