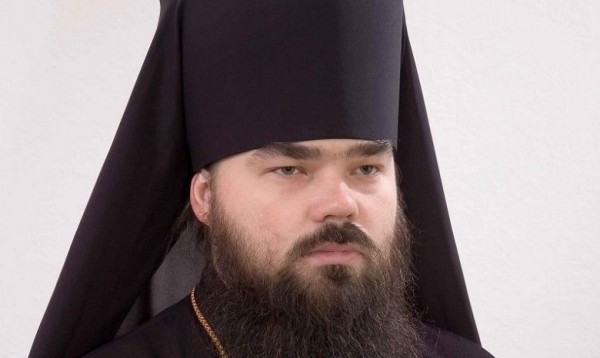 Archbishop of Gorlovka and Slavyansk Mitrofan

“I want to say: “Guys, throw down your guns, hug each other, forgive each other and begin building a peaceful life. But I know that, unfortunately, no one will hear me: the level of tensions is now such that we can only pray for this level to go down and for the bloodshed to stop. I don’t see any human forces that could stop it. Only the Lord can do it with his power,” the archbishop said in a phone conversation with Interfax-Religion.The congregation of an Orthodox church in the Donetsk region was attacked against on Saturday. A shell broke the roof of the John of Kronshtadt Church in the city of Kirovskoye and the roof fell on the people praying. Three people were killed instantly and the priest, his wife and four parishioners were hospitalized with injuries.The archbishop believes the attacks on churches are deliberate. “When the number of churches bombed and burned becomes so huge and people are killed, we, of course, get the feeling that churches are becoming the targets, bearing in mind that in none of these situations there were any checkpoints, military equipment, or some headquarters near our churches,” he said.