Missile Hits Church During Service in the Gorlovka Diocese; Casualties are Reported

Source: Pravmir.ru
The shell attack occurred during the Saturday night Vigil.
Natalya Mihailova | 25 August 2014
PRAVMIR. On August 23, during a shell attack, a missile hit the church in honor of St. John of Kronstadt in the city of Kirovskoe. Three people were killed. 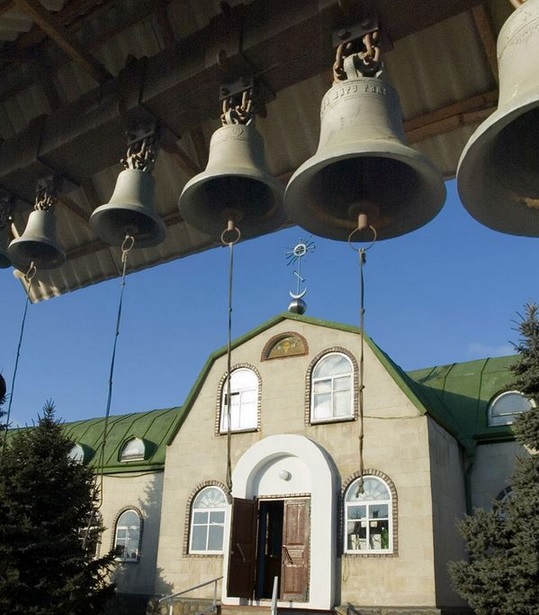 The church has been completely destroyed, the press service of the Gorlovka and Slaviansk Diocese has reported.

Those wounded were taken to the hospital with serious injuries.

According to the rector, Archpriest George Tsyganov, the shelling occurred during the Saturday night Vigil, at about 4:30 PM. The Great Doxology was being chanted when a projectile hit the church’s roof in the very center and brought down the ceiling on the people praying. The woman who sold candles, Olga Radchenko, as well as the parishioners Zinaida Meluga and Viktor Chernyshev, died on the spot. With injuries of varying severity were hospitalized the second priest, Archpriest Sergey Piven, his wife Lyudmila, and the parishioners Tatiana, Nadezhda, Lyubov and one other Lyubov.

During the same bombardment a projectile hit the hospital, also resulting in two deaths and serious injuries.

Archbishop Mitrophan of Gorlovka and Slaviansk expressed his deepest condolences and prayerful support to the church community and families of the dead and injured, asking that all Orthodox Christians pray for the repose of the dead, the recovery of the wounded, a swift end to the war, and restored peace on Ukrainian lands.