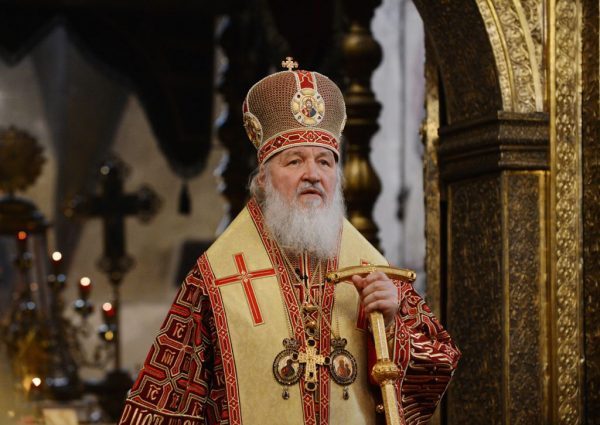 “For the grace of God has appeared, bringing salvation to all”

Beloved in the Lord Your Graces the archpastors, all-honourable presbyters and deacons, God-loving monks and nuns, dear brothers and sisters!

Оn the night imbued with the Divine light, replete with great solemnity and spiritual joy in the Lord of the world who has vanquished death, I address you all with the ancient exclamation that testifies steadfastly to our immutable hope:

Many generations of holy men and women have desired to comprehend even to the least degree that which occurred almost two thousand years ago at the heart of the light-bearing tomb of the Lord. They strove to make accessible to us, in as far as it is possible for the limited human mind, the knowledge of this wondrous mystery which was accomplished in the burial cave near the old walls of Jerusalem. They have sought out images which would bring us ever closer to an awareness of the truly cardinal transformation of the entire cosmos wrought by God on that night.

St. John Chrysostom wrote of this event thus: “The day of the Resurrection of our Lord Jesus Christ is the foundation of peace, the beginning of reconciliation, the cessation of hostile actions, the trampling down of death, the vanquishing of the devil” (Homily for Holy Pascha).

In the light of what has been said, the words of the leader of the apostles, St. Paul, are filled with a special meaning, for he likened the rising of the Lord from the tomb to the world being created anew and to a new creation of humankind. “So if anyone is in Christ, there is a new creation: everything old has passed away; see, everything has become new” (2 Cor 5:17) – we read in the apostle’s Letter to the Corinthians.

The Resurrection of the Lord Jesus is the main content of the Christian message to the world. It is only thanks to the sacrifice on Calvary, inextricably linked to the glorious Resurrection, that all human boldness that strives towards the Fount of all good things acquires meaning and value. Christ’s sacrifice was the response to the attempts made by people of various cultures and traditions to seek out the Living God, for, as Scripture states, the Lord “shows no partiality, but in every nation anyone who fears him and does what is right is acceptable to him” (Acts 10:34-35), and He “desires everyone to be saved and to come to the knowledge of the truth” (1 Tim 2:4). These intense efforts have embodied the hopes and expectations of millions of people, who at various times have ardently sought out the chance to overcome their lamentable state and have true “life, and have it abundantly” (Jn 1:.10).

That which was predestined before the ages has been accomplished. Henceforth death no longer has such power over the human person – and now, “for as all die in Adam, so all will be made alive in Christ” (1 Cor 15:22). This is why Pascha is also the most important Christian feast in that the humiliated and tormented Jesus of Nazareth, illumined by the Divine glory, “arose on the third day, having made for all flesh a path to the resurrection from the dead … that he might be himself truly the first in all things” (Anaphora of the Divine Liturgy of St. Basil the Great).

Today Christ again calls all of us to the feast of faith, to the feast of the Kingdom; he calls us to taste of the fruits of his redemptive sacrifice, to drink of the “water springing up into everlasting life” (Jn 4.14). However, our unity with the Lord cannot be limited to merely participation in worship or to our personal efforts in prayer. It must in full measure be reflected in all aspects of our lives. We cannot abide in carefree idleness knowing that around us are people who have yet to discover the joy of life in God, people who are suffering, the afflicted, the lonely, the downcast or in pain by way of illness. Our sacred duty is to ensure that the name of Christ is praised in all places so that people, in seeing good deeds accomplished for the glory of God, may partake in the Orthodox faith and turn their hearts towards the Father who is in heaven.

Unfortunately, the evil human will and the temptations of the devil still operate in the world. Yet there should be no place for despondency in our souls, for in spite of all afflictions, cataclysms, conflicts and contradictions, we know that the Lord has “conquered the world” (Jn 16:33), that he has triumphed over sin and death. Therefore we have the opportunity to testify in word and deed to the grace bestowed upon us through communion with the Saviour thanks to our presence within his Church. Let us, then, be eager to fulfill the Gospel commandments so that those who are near and those who are far, in following our example may desire to become part of the triumph of faith and the richness of grace sent down by God on all his faithful children.

Again I congratulate you all on the greatest of feasts – Pascha, the feast of the Resurrection of “Jesus Christ, the faithful witness, the firstborn of the dead, and the ruler of the kings of the earth. To him who loves us and freed us from our sins by his blood, and made us to be a kingdom, priests serving his God and Father,  to him be glory and dominion forever and ever. Amen” (Rev 1:5-6).

Beloved in the Lord archpastors, all-honourable presbyters and deacons, God-loving monks and nuns, dear brothers and…

Nativity Fast Begins: How Can We…

Beginning on November 15 / 28 and concluding on December 24 /January…

Cowardliness In The Spiritual Life

St. Isaac the Syrian says that there are several ways the devil…

Most viewed articles
Priest Criticizes the Idea that Coronavirus Vaccine Is the Seal of the Antichrist207
Advent a Time of Spiritual House Cleaning144
Seraphim Mosaic Revealed with Removal of Scaffolding in Hagia Sophia130
Give Thanks At All Times103
Metropolitan Anthony: Happy People Will Change the World91
Cowardliness In The Spiritual Life65
Russian Church Launches “Bus of Mercy” Campaign to Help the Homeless in Ufa41
Nativity Fast Begins: How Can We Prepare for Christ’s Arrival?26
How We Worship: the Struggle of the American Experience1
“Prepare o Bethlehem!”1
Most popular authors
Pravmir.com team469
Fr. John Parker144
Priest Luke A. Veronis103
Archpriest Michael Gillis65
Virginia Nieuwsma26
Fr. Gabriel Bilas1