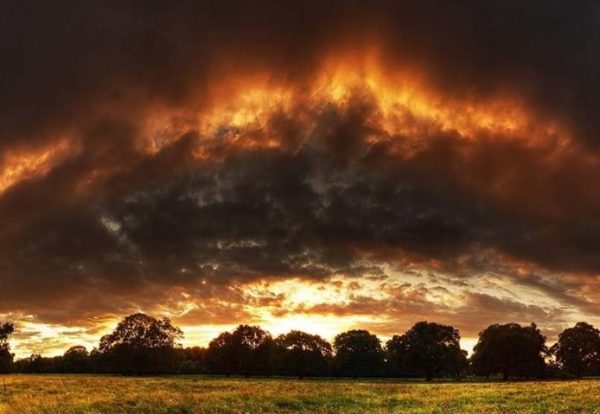 It’s very important for people to have common sense. Everybody says so, but how many actually possess ordinary, common sense?

As psychosomatic beings, people receive stimuli and bodily and mental messages. They receive feelings through their senses (sight, hearing, touch, taste and smell). These stimuli are passed on by centripetal nerve fibers to the respective centers in the brain. There the brain processes them, apprehends them, and transmits them as knowledge to the mind, which is the core of our psychosomatic being. Our stimuli, sensual and mental, are empirical states allowing for critical analysis, comparison and classification and, through the coaction of all the above mental functions, we acquire knowledge.

This knowledge is used by reason, so that we react rationally, with cognitive experience. This is the basic form of cognitive reaction which comes from our experiences and constitutes common sense.

The great value of common sense lies in its simplicity. It isn’t caught up in the chaos of complex reasoning. The thought process is simple, clear and precise and the search for truth, for solutions, for answers to the way we deal with problems is more likely to be simple and clear.

In common sense, the meaning of words is particular and not susceptible to confusion. Any problem that arises is formulated clearly and the answer proposed leaves no room for misinterpretation. Once we start being verbose, it’s a sign that the aim is to create confusion.

For example, common sense tells us that lying is bad behavior and that therefore we should avoid lying or spreading false information. This is an unambiguous position, without any ‘Yes, but…’. Excuses come when lies have been told. This is an attempt to cover them up and it’s where the problems begin.

Nowadays fake news and phony patterns of behavior are commonplace all over the world. We can all see the results. Suspicion, uncertainty and insecurity affect humanity as a whole.

For common sense, hypocrisy is also unacceptable behavior and is therefore to be rejected. Even when it causes pain, directness is welcome and creates relationships of trust. The hypocritical behavior of politicians and the great powers, on the other hand, have dangerous and often deadly consequences.

In everyday life, when common sense is applied to ordinary family relationships or to society at large, it leads to harmonious cooperation and a quiet, peaceful life.

The elementary thought that inappropriate behavior on the part of one person can have undesirable and unpleasant consequences within their family unit and their social environment leads thinking people to behave in a manner that doesn’t offend or trouble others (their spouse, child, parent, sibling, other people and society as a whole).

When people lose their simplicity and become complicated, conditions are created which represent an increased risk of problems occurring. Usually this is the orientation of their thoughts and activities towards personal satisfaction. This attitude provides the occasion and the justification to the ego to express demands that their passions be satisfied. And there are many passions which have the ego as their starting-point; or, rather, all the passions begin with the ego. Hankering after wealth, power, superiority, uniqueness, your own way, display, as well as greed, lasciviousness and arbitrariness are all parts of this.

All these passions- which are later followed by others- are the aim and goal of the ego. If they’re to be realized, any obstacles to this must be removed.

Common sense, which highlights the dangers of such patterns of behavior, is rejected, or, more correctly, is considered an obstacle.

Individuals find any number of excuses to justify their senseless behavior. They forcibly project their individual rights and the freedom they have to exercise them, while ignoring the fact that they’re trampling on the rights of others. They’re not interested. For them, their behavior is justified, since they believe that, if they’re to achieve their aims, the means sanctify the end, even if this means climbing over corpses. All that concerns them is achieving what they want to, irrespective of any disagreeable repercussions on their immediate environment or their broader surroundings.