Vandalism Attempt Made Against the Czestochowa Icon 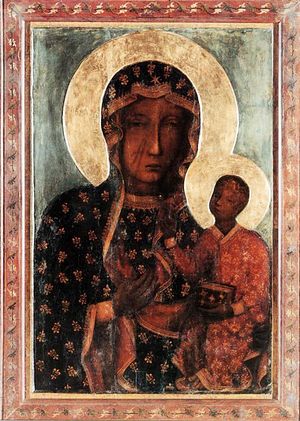 A fifty-eight-year-old man threw vials of black paint at the Czestochowa icon in the Jasna Góra Monastery in southern Poland on Sunday, reports ITAR-TACC. The icon is held in great veneration by both Catholic and Orthodox Christians as miracle-working.

Monastery guards apprehended the vandal and turned him over to the police. His motives are unknown. The man has been questioned and is expected to undergo psychiatric evaluation, reports Agence France-Presse. He could be charged with offending religious sentiment, an offense punishable by up to two years in prison.

The monastery has assured the faithful that the icon was not damaged. A protective glass covering prevented the paint from soiling the revered image.

According to tradition, the Czestochowa icon of the Mother of God, known by many Western Christians as the “Black Madonna”, was painted by the Evangelist Luke and brought to Constantinople from Jerusalem by St. Helen. In the fourth century. In 1656, King Jan II Kazimierz pronounced the icon the “Protectress of Poland”. Thousands of people make pilgrimages to the icon each year. 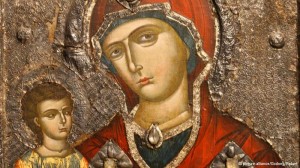 April 21, 2013 Since the end of communism in Albania, an increasing number of priceless works… 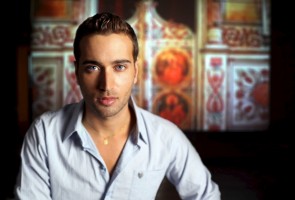 April 18, 2013 Around the walls of the main gallery at London’s Mosaic Rooms hang images… 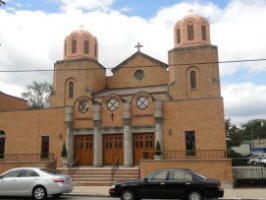 March 29, 2013 The pastor of a Watertown Greek Orthodox church said he is praying for…