Vladimir Legoyda: The Main Goal of the Church In the Context of the Aggravation of the Conflict Is to Provide All Possible Assistance to Refugees 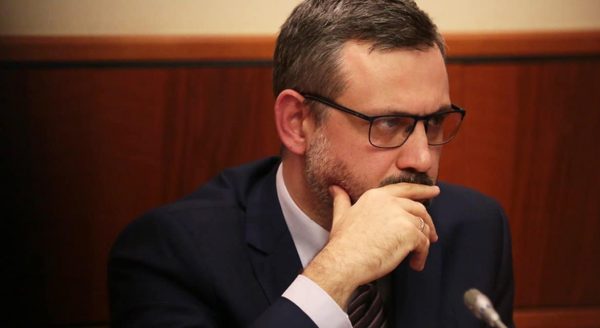 Changes in the borders of states within the canonical territory of the Russian Orthodox Church as a result of political and legal decisions do not affect its unity. The main goal of the Church in such a situation is to provide all possible assistance to internally displaced people, said Vladimir Legoyda, Chairman of the Synodal Department for Church Relations with Society and the Media.

“The Russian Orthodox Church, not being a subject of international law, does not have the authority to recognize or not recognize states. Only other states and international organizations have such powers,” Vladimir Legoyda commented to IA TASS on Russia’s recognition of the sovereignty of the Donetsk and Luhansk People’s Republics.

At the same time, Vladimir Legoyda noted that “the borders of the states located within the canonical territory of the Russian Church have changed many times, and church unity has always been preserved.”

“At the same time, the Church respects the political choice of peoples,” he added.

The representative of the Russian Church also noted that if a question arises about the consequences of political and legal decisions for church administration in these territories, then it “will be considered by the highest bodies of church authority in the accepted manner.”

Vladimir Legoyda pointed out that the priority task for the Russian Church in the current situation now is to provide all possible assistance to internally displaced people.

“Since the beginning of the internecine confrontation, which has affected many children of our Church, the Russian Orthodox Church has been praying for an end to bloodshed and for the restoration of peace. In the context of the aggravation of the conflict, which led to the evacuation of the civilian population from Donetsk and Luhansk, the Russian Orthodox Church sees its main goal in providing all possible assistance to refugees,” Vladimir Legoyda said.

In this regard, he recalled that with the blessing of His Holiness Patriarch Kirill and with the coordination of the Synodal Department for Charity, church operational headquarters for helping refugees are being created in the dioceses, and many people are already receiving support.

“We encourage volunteers and benefactors to make efforts to create the most acceptable conditions for the stay of refugees,” concluded the representative of the Russian Orthodox Church.