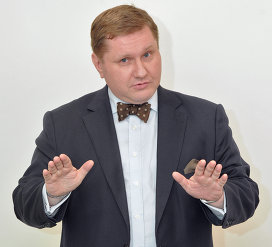 A friend of mine, a young priest in the Russian Orthodox Church, has put up a status update on his Facebook page: “Leaving for Krymsk by car. Am not taking anyone along. Need to fill the car to the limit with aid for the homeless.” The town of Krymsk in southern Russia has suffered a devastating flood and my friend took a few days off to go there and help the people who lost their loved ones, their houses and are left at the mercy of the not very competent local authorities who seem to be glossing over some of the discussions that have been raised by the disaster.

This friend of mine is by no means alone. Another, a successful TV journalist, told me over dinner a few days ago how he went to load humanitarian aid on trucks in his free time. The tragedy of Krymsk saw thousands of people suddenly uproot themselves and head down south to help on the spot or organize the collection of aid and money in their home cities: mostly, Moscow and St. Petersburg. Most of these volunteers are successful, young, and frequently with young families. Quite a few of them (but by no means all) are actively practicing Christians. Only a few years ago, affluent urbanites were fervent adherents of the consumption gospel according to Gucci and Apple. They haven’t lost their taste in things but do not seem to consider raising their living standards ever higher as the only interesting thing in life. And this has started to change life across Russia and impact Russian politics.
Strictly speaking, this is not a new phenomenon. Proliferation of citizens’ initiatives dates back to the now legendary days of pre-crisis Russia, when Vladimir Putin ruled supreme and there seemed no end to the oil boom. At that time volunteer activity in Russia barely registered on sociologists’ screens. At that time, according to the independent Levada Centre pollster, no more than 1 to 2 per cent of the population ever engaged in any charitable or volunteer activity. The first time the new reality revealed itself was in 2010 during the devastating forest fires in central Russia, when big city dwellers took the initiative in their own hands and drove out sometimes hundreds of miles to help fight fires and relocate those whose houses burned down. This looked particularly poignant at the time when authorities came under criticism from the independent media and regular citizens for failing to react swiftly enough to the fires.
This year, the 2010 story repeated itself, albeit against the backdrop of much more tragic and grandiose circumstances. The scale of volunteer activity is much broader and its efficiency has visibly increased. Websites, twitter feeds and Facebook communities have reacted to the circumstances and are run by volunteers who coordinate the collection of aid and departure of car convoys to Krymsk and other towns that suffered from the floods.
In most other countries, the authorities would have been glad to see such a high level of citizens’ activity. Not in Russia though. Attempts to put the volunteer movement under state control are rife and started in the wake of the Krymsk disaster. First, volunteers frequently act faster and more efficiently than the authorities, thus inviting unwanted comparisons between the power of the civil society and the often shambolic performance of the local and sometimes federal agencies. Second, volunteers, most of them wired up, educated, urban professionals put uncensored reports of what they saw and heard on Twitter, Facebook, LiveJournal and other social networks. This again works against the state authorities’ attempts to cover up unwanted truths. In the particular case of Krymsk, it’s the number of casualties that is disputed most, as well as the regional government’s claim that it did everything in its power to warn people about the impending flood. While the official death count hovers at around 170 dead, there are many reports from the area that contend this number and claim that the real figure is significantly higher. Third, and finally, to adopt a proactive attitude as a citizen in today’s Russia means, in effect, becoming a political activist. The authorities expect Russians to be passive observers and subservient followers of whatever they order. Anyone breaking out of this frame and engaging in volunteerism breaks this mold. As more and more people become engaged in civic activism, Russian society and, eventually, Russian politics will gradually transform in a manner which few could predict only a few years ago.